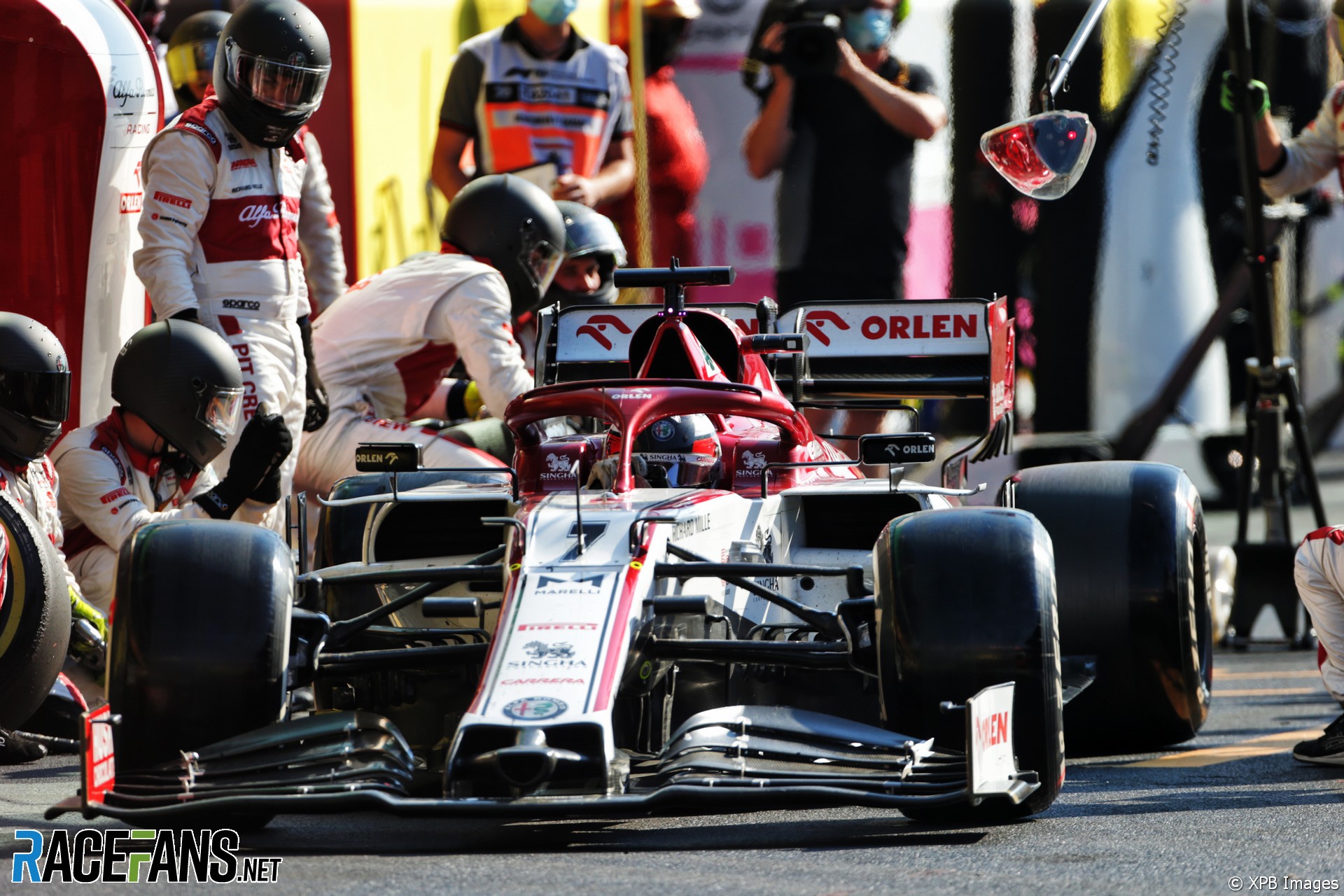 Kimi Raikkonen thought he had a chance of avoiding a penalty for his pit lane entry error in the Tuscan Grand Prix.

The Alfa Romeo driver was relegated from eighth place to ninth by a five-second time penalty. The stewards ruled he did not stay on the right-hand side of the line on his way into the pits – in effect, turning into the pits later than he should have done.

Raikkonen explained he made a late decision to pit when the Safety Car was deployed following Lance Stroll’s heavy crash. He was approaching the final corner, Bucine, when he spotted the cloud of dust from Stroll’s accident at Arrabbiata two.

“I crossed the line,” he admitted. “Obviously I knew the rules but I could see coming into the last corner there was dust or something so I could see somebody went off and I was expecting that the Safety Car was going to come out.

“I was kind of looking for the board when it comes on and once it came I just turned in. I realised straight away that I crossed the line.”

After the mistake Raikkonen said he “almost went back on the straight” instead of pitting, but expected he would still get a penalty. “I think the end result would have been the same, once you go over.”

Any advantage Raikkonen gained by pitting when the Safety Car came out was immediately removed as the race was red-flagged, which meant his rivals were able to change their tyres without losing any positions.

“In hindsight it cost us a place. There was obviously the red flag so staying out would have worked much better.”

Raikkonen admitted he hoped his error might have been overlooked by the stewards. “Sometimes you get away with it, sometimes not, so I hoped with all the hectic things going on they didn’t notice it.

“But obviously I kind of knew straightaway when I turned in that I crossed the line and I knew the rule but it was a bit too late.”