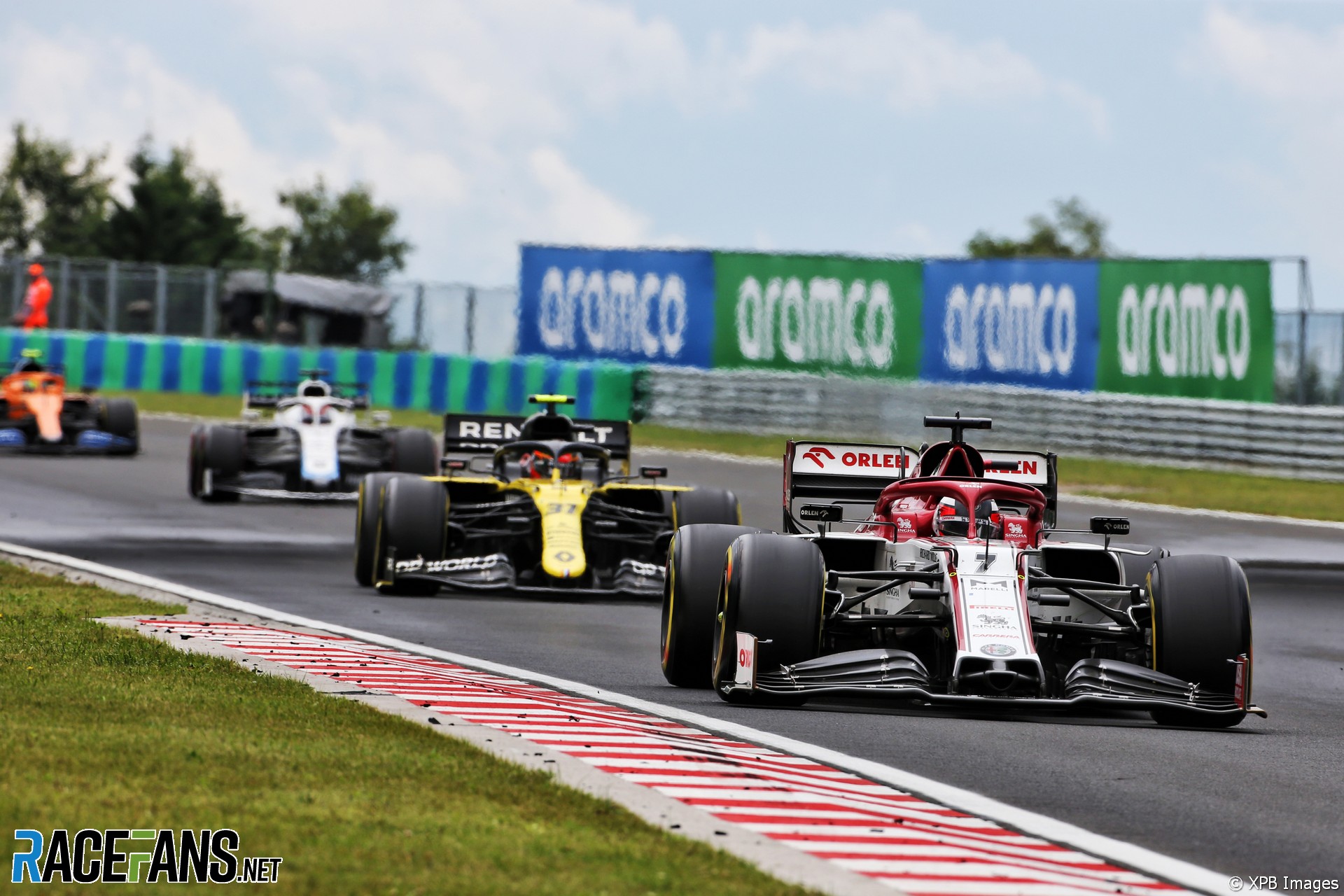 Kimi Raikkonen has been given a penalty point on his licence for his error on the starting grid ahead of the Hungarian Grand Prix.

The Alfa Romeo driver, who qualified 20th and last on the grid, failed to take up the correct position at the end of the formation lap before the start. The stewards noted this was corroborated by video evidence.

The stewards also handed Nicholas Latifi a five-second time penalty during the race after ruling the team released his car into the path of Carlos Sainz Jnr’s McLaren after a pit stop.

Raikkonen said he realised he had lined up in the wrong position but wasn’t able to correct it before the race started.

“The grid was a bit slippery,” he said. “I went a bit too long into the box and I didn’t have the time to reverse.”

“Unfortunately starting where we did meant we had a very difficult job ahead of us,” he added. “We did what we could but it wasn’t enough for points. Our pace wasn’t too bad, I made up a few places at the start but the penalty put me back at the bottom.”