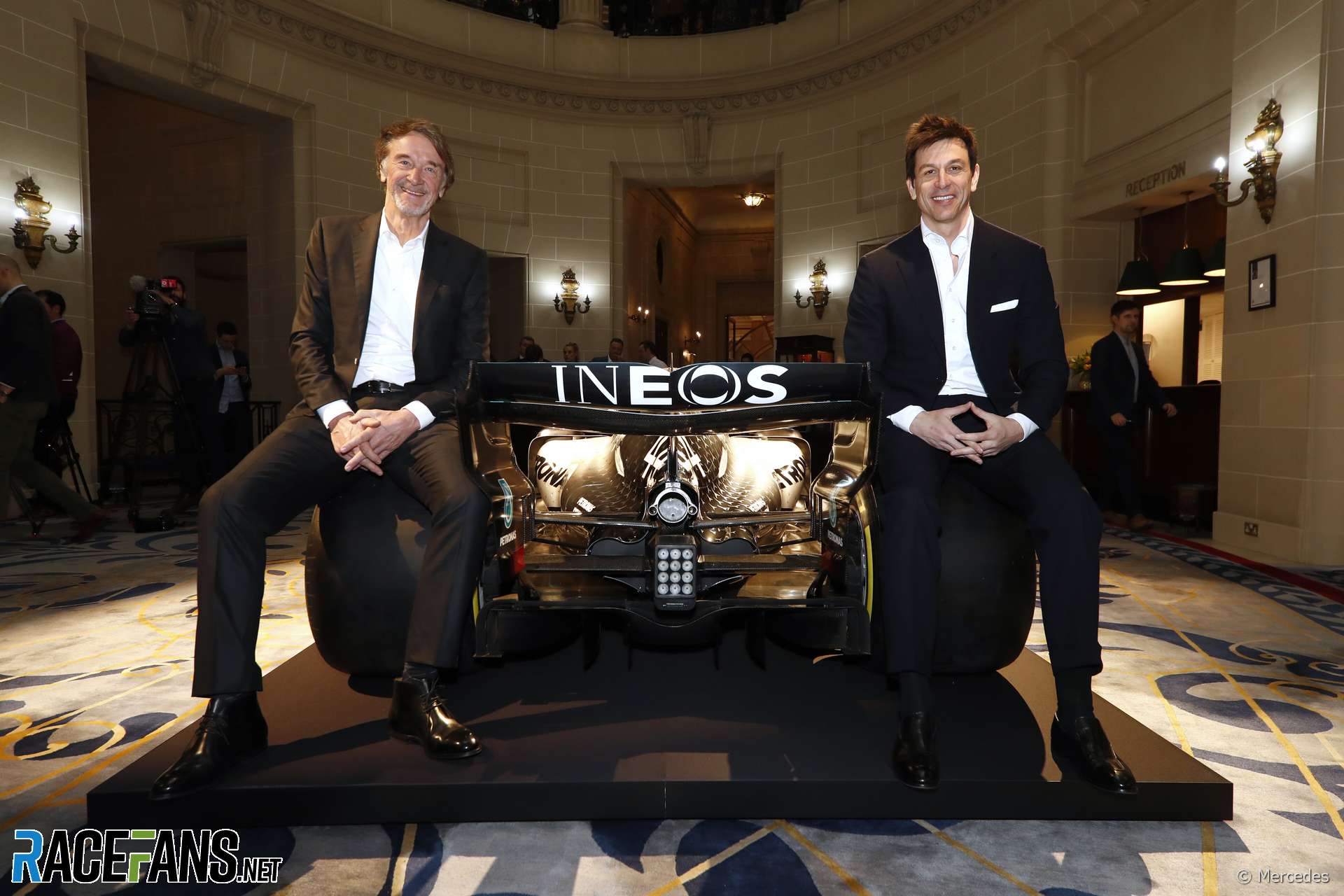 Mercedes has confirmed the Ineos group has joined the team in a new, five-year sponsorship deal.

The petrochemicals manufacturer will be a ‘principal partner’ to the team which has won both F1 titles in the last six seasons.

Mercedes and Ineos have already collaborated on the latter’s cycling and sailing projects through Mercedes-Benz Applied Science. Mercedes has assisted the development of the RB2 race boat for the America’s Cup, including its aerodynamics, drivetrain, hydraulics and other aspects of its design and simulation.

The company, which also owns oil refineries and oil and gas fields, was founded 22 years ago by Sir Jim Ratcliffe.

“It is a very proud moment for us to welcome Ineos to Mercedes in their new capacity as Principal Partner. The company’s amibtion, dynamism and entrepreneurial flair are a perfect fit for the spirit of Mercedes-AMG Petronas.”