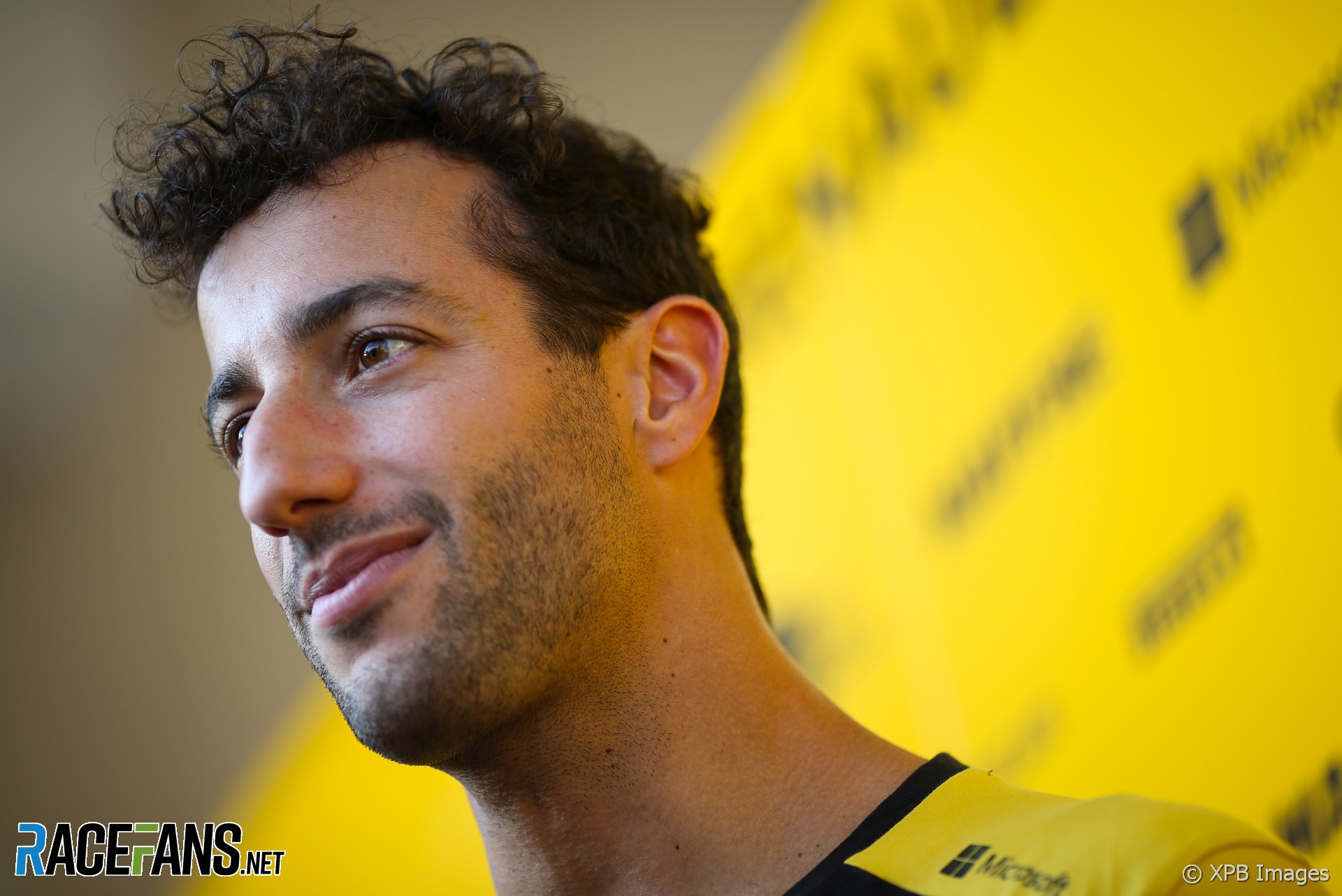 In the round-up: Daniel Ricciardo admits he was unhappy with his 2019 championship position of ninth, his lowest since he drove for Toro Rosso in 2013.

Ricciardo was asked what he thought of his championship finishing position:

I don’t see myself as the ninth-best driver on the grid. I guess if that’s if that’s what it is. I don’t look into it too much because I believe I’m better.

Do I want to be ninth for the next few years and have the excuse I’m better than ninth, and it’s just what it is? No. So I don’t like seeing myself in ninth.

Not necessarily – as I said, who knows? And that meeting will not be on12th: although a Daimler source provided the date to us upon request, it seems either he was out by a few days or it has been changed.

Chadwick in no rush to reach F1 (Racer)

"I know what I want to achieve; I want to be ready for Formula 1 if I get there, so even if Claire (Williams) turned around to me and said, ‘Right, we’ve got an extra seat, do you want it?’ I probably at this point would be very, very reluctant to take it because I don’t think I’m ready yet."

The inside track on driver recruitment (F2)

"In Holland the sport is booming, we are sat here now and it’s like being at home, it’s incredible. That has in turn boosted a lot of younger kids to make their first steps in the sport and of course, we are quite happy to push for that. We had Richard (Verschoor) this year (in F3) and he’s part of the Dutch Federation's Team NL programme, which helps young drivers. He was one who was with us in F4 and moved up to F3, so we knew what he was capable of."

"To be honest, when you don't think about it it doesn't really hurt, but every day it happens that you're reminded about it, and it's really- I don't know, I'm not emotionless about it, it's not the least important thing in my life, so for me it's always been quite painful and will remain that way."

"When I started racing, all I wanted to do was race, win, beat everybody. I wouldn't talk to my team mates like before I came here. They were my first rivals, and that was it. That's all that matters. And growing up, I wanted to be an IndyCar driver and I wanted to win the Indy 500. I wanted to do this. And that was being extremely selfish."

Is Racing Point’s Aston Martin tie-up anything to get excited about?

I may be in the minority but I’m a bit cold on Aston Martin taking over Force India/Racing Point.

Firstly I’m personally not keen on their cars but mainly it’s another manufacturer – another big-ish car company that can pull the plug when funding or sales don’t look good and disappear. I get nervous of those teams long term futures far more than the smaller organisations that exist mostly as just a racing entity and as a fan seen too many ‘favourite teams’ just up and leave when it suits them.

I suppose I think the ‘privateer’ teams are more F1’s lifeblood than manufacturers that come and go, and seeing FI/RP become yet another car company is a little sad. The only positive is Stroll seems like he wants to stick around a while so maybe so will Aston Martin? In some ways I think their future is a little more precarious than it was before.
Adam (@Rocketpanda)