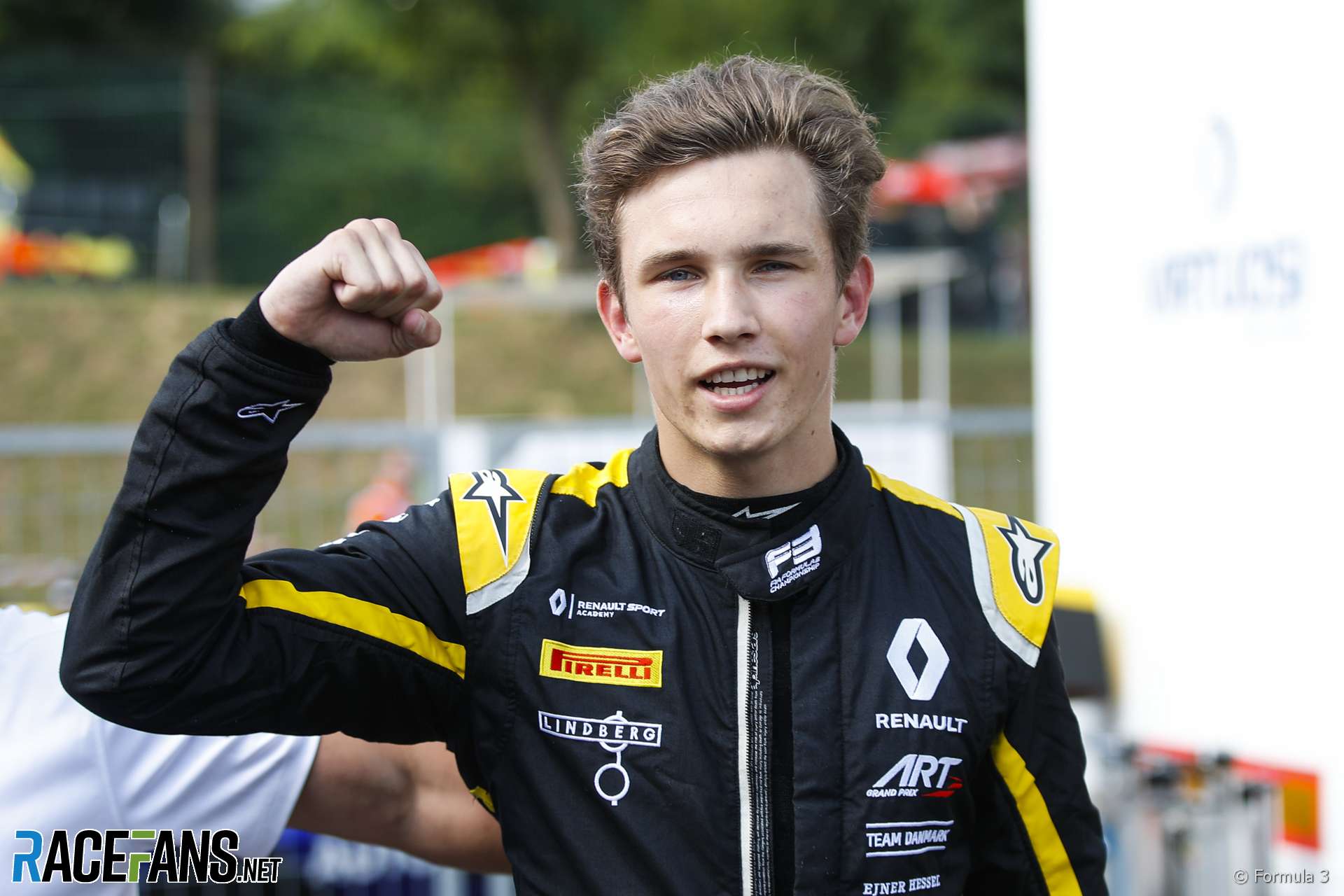 Renault junior driver Christian Lundgaard has joined a growing roster of new drivers on the Formula 2 grid for 2020.

Lundgaard, who placed sixth in Formula 3 last year with ART, will stay with the team for his step up to Formula 2. He will partner Ferrari-backed driver Marcus Armstrong, who is also making the step up from F3.

Five other drivers have already confirmed they will start their first full season of F2 this year, including Armstrong’s fellow Ferrari Driver Academy member and F3 champion Robert Shwartzman.

Yuki Tsunoda, who is backed by Honda, will drive for Carlin. Williams junior Dan Ticktum, who made two F2 starts at the end of 2018, has been confirmed at DAMS. The two other newcomers are Pedro Piquet at Charouz and Felipe Drugovich with MP.

Nine seats are yet to be filled on this year’s F2 grid, which has expanded following the addition of newcomers Hitech. However another Williams-backed driver, Roy Nissany, is expected to take one of the two seats at Trident.

Update: Shortly after this article was published Virtuosi announced Renault junior driver Guanyu Zhou will continue to drive for them in 2020, alongside Callum Ilott.