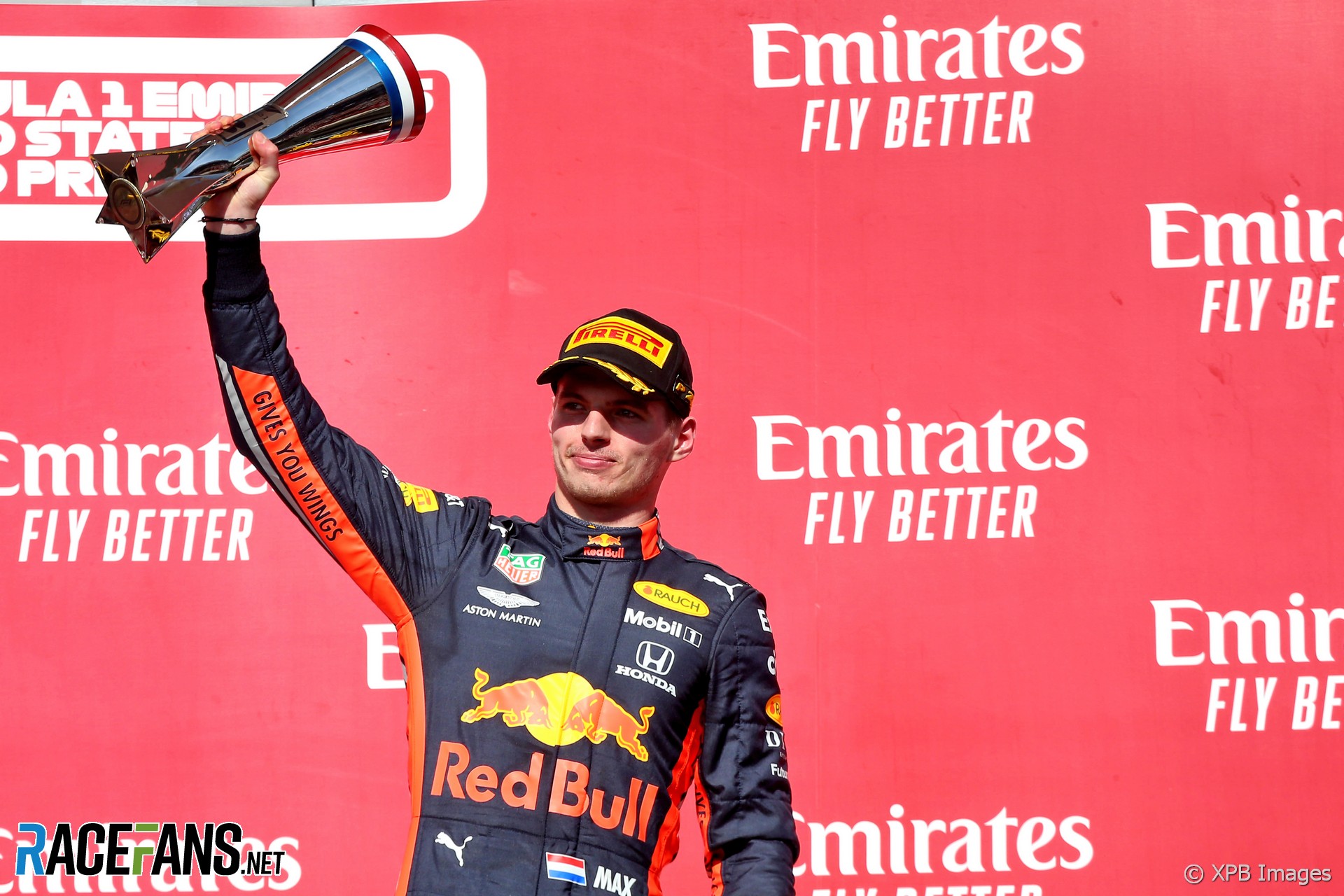 Red Bull team principal Christian Horner says the team’s performance in Austin reflected progress they have made which hasn’t always been apparent since the summer break.

Max Verstappen missed pole position by less than a tenth of a second and finished third in the race behind the Mercedes drivers.

Horner said the car “performed well” at the Circuit of the Americas despite windy conditions which “would have badly affected us at the beginning of the year.”

“We [were] competitive throughout the weekend,” he said. “Had it not been for a little lock-up at turn one, arguably we could have achieved the pole, we were only half a tenth off.

“The car’s been competitive in every session, a competitive third place as well. And Alex [Albon’s] recovery as well I think highlights is again, our competitiveness.”

The team has missed chances for better results since the summer break, Horner admitted. “I think in Mexico we had a really competitive car and that was a missed opportunity for us following the first-lap incident,” he said.

“At Suzuka we never got to see what the car was really capable of with Max being eliminated early on. I suspect Suzuka could have been similar to [Austin]. It’s a similar type of circuit.

“Singapore, we recognise where we made a mistake. Obviously we lost out to the Ferraris that day and beat Mercedes but felt that we left a bit on the table.

“So I think the car is genuinely performing pretty well the last few races. And I think the encouraging thing for us is that with stability of the rules over the winter, anything we learn this year we carry into RB16.”

11 comments on “Austin showed progress Red Bull has made – Horner”