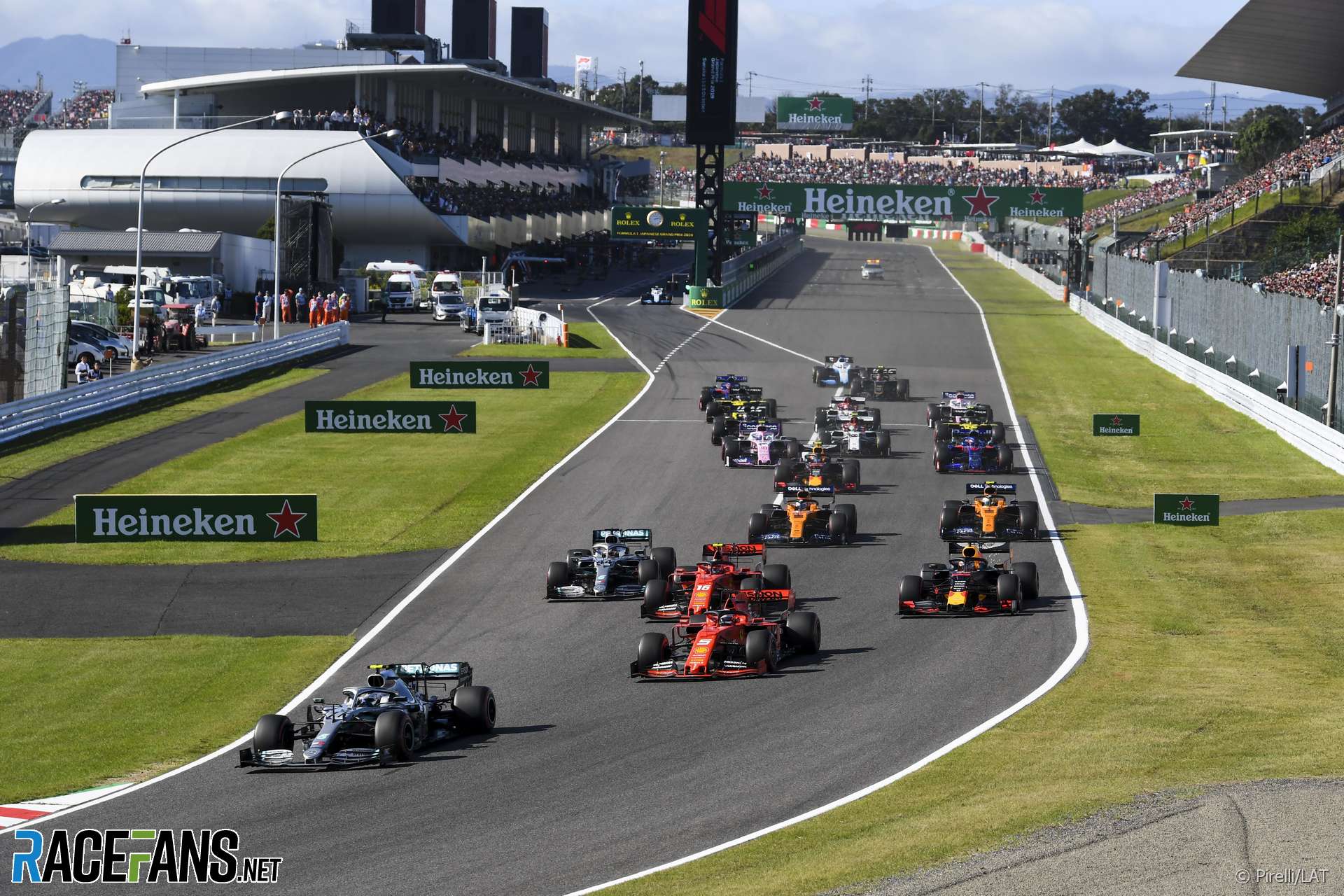 F1 drivers could get more lenient penalties for jumping the start of races or failing to stop at the weigh bridge under new rules introduced for the 2020 season.

Sergio Perez and Piere Gasly were both ordered to start races from the pit lane this year after failing to stop at the weigh bridge when instructed to do so during practice sessions. This penalty is mandated by the rules.

This clause has been changed in the new sporting regulations for the 2020 season. Next year if a driver fails to stop at the weigh bridge they will be referred to the stewards, who have the option of using more lenient penalties.

The available penalties for drivers who jump the start of races have also been revised. Under the current rules the stewards may only give a drive-through penalty or 10-second stop-go penalty to drivers who are judged to have made a false start. From next year they will also have the option of handing down five or 10-second time penalties.

Kimi Raikkonen was given a drive-through penalty at the Russian Grand Prix for jumping the start. However Sebastian Vettel was cleared when he was investigated for the same infringement at Suzuka.

This change also follows a penalty which was issued to Raikkonen this year. The Alfa Romeo driver started the Italian Grand Prix from the pits on a new set of tyres having reached Q3, and was given a 10-second stop-and-go penalty.