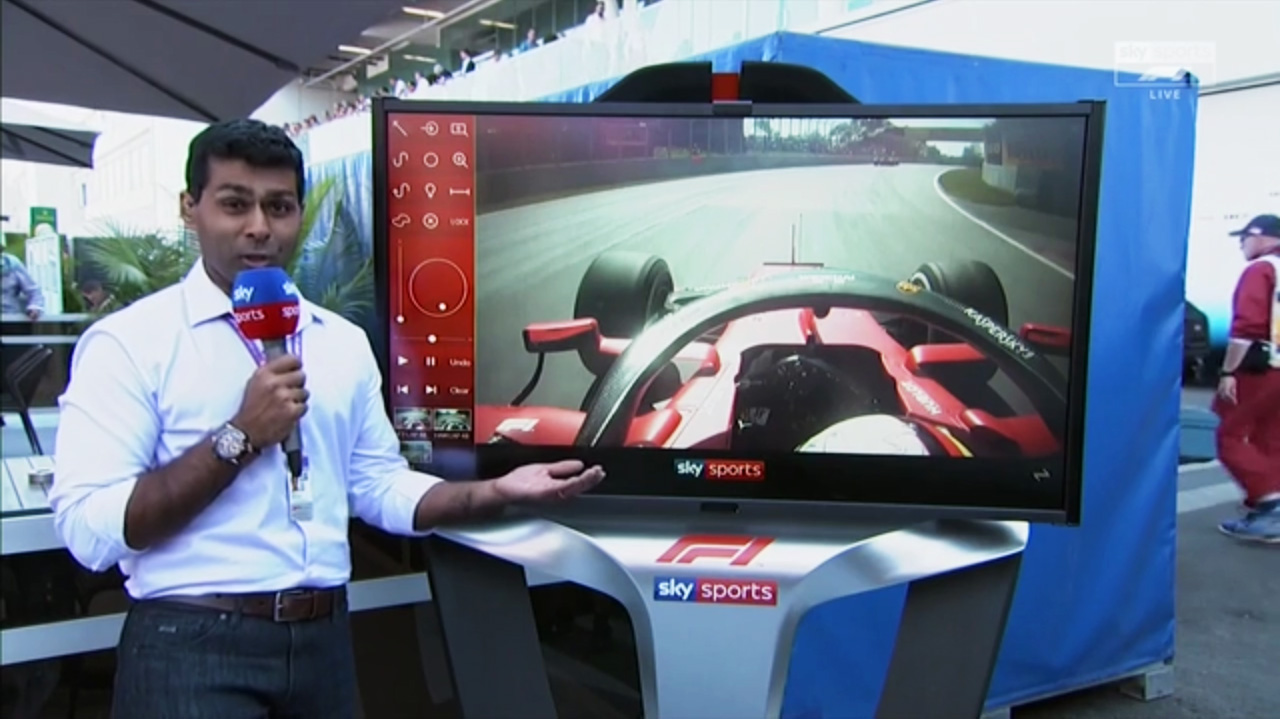 Awaken to glorious day. Say what you wish about city-based, ‘destination venue’ grands prix such as the last two in Monaco and Montreal, nothing beats waking up in pastoral regions to proper racing weather. Upcoming races in Spielberg and Silverstone will complete this rural trilogy – although I’m told temperatures of up to 42C (with regular thunderstorms) may await us in Austria.

I weigh up my traffic options. Should I leave my B&B in historic Le Castellet early to beat Ricard’s feared traffic, or trust the Waze app which forms the basis of the grand prix’s traffic control system? I decide on the latter with some trepidation: Last year’s jams resulted in a South African mate of mine completely miss two days of action, only making the race after leaving Marseilles at 5am on Sunday. To compound matters, the circuit denied him a refund…

I fortify myself with two cups of strong coffee and hit the road. To my pleasant surprise I encounter only light traffic, mainly motorcycles. But every silver lining has its cloud: is the traffic lighter because last year’s congestion has scared off punters? I make a note to follow up with the organisers. They have admitted sales are down on last year but not, they say, by scary numbers (I should get a full interview on Saturday). 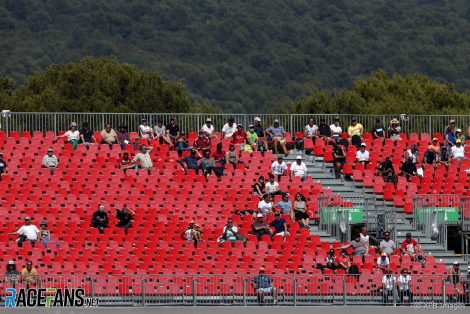 Parked up and in media centre – hear similar tales of easy access, and am not surprised to see the stands are fundamentally empty. Still, let’s wait for the interview before passing judgement – with only Friday (at €19 for general admission) and three-day tickets available, it’s possible most fans will only turn up on Saturday and Sunday given the lack of competitive action on the first day.

Healthy brunch at Williams – avocado and ham on whole-wheat followed by fruit and yogurt – before wandering the paddock during FP1 in search of folk not on the pit wall who are prepared to share snippets. It seems F1’s sponsorship arena remains tough as teams face increasing competition from Formula E and music tours, both being aimed at emerging markets. I hear a blue chip whose deal expires this year is switching to the latter. 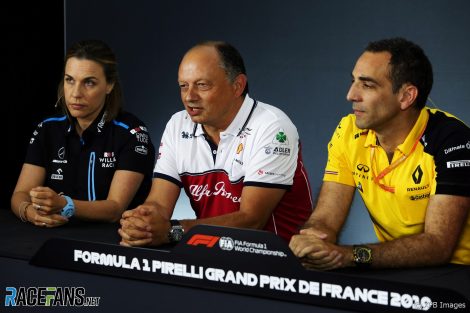 The FIA ‘team boss’ press conference – the first such session since the rules delay was agreed a week ago. My Reuters colleague Alan Baldwin – who has a reputation for utmost diligence – alludes to the (alleged) expiration of F1 CEO/chairman Chase Carey’s contract at end-2020, something we reported in early May.

“Clearly we all hear the rumours but it’s not something that’s been discussed in an open forum,” offers Claire Williams, deputy team principal of Mercedes engine customer Williams. “We’re just working to the current situation that we have at the moment.

“I’m too busy with other stuff at Williams to focus on a whole load of speculation in the wider paddock.” With the FW42s propping up the times sheets as usual, she clearly isn’t exaggerating.

For the rest, the overwhelming message is that team bosses are concerned about the impact of the new regulations, in particular cost caps and much-mooted move to a 25-race F1 calendar, on employees and their families. Such is the projected cost of F1’s 2021 ‘new dawn’. 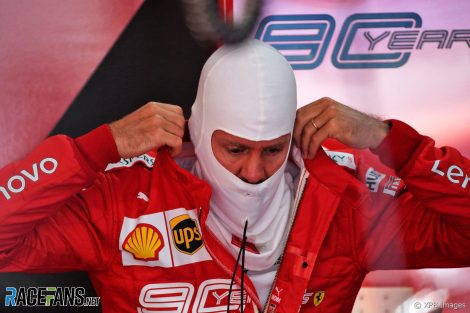 Having grabbed a quick prawn caesar salad at Mercedes I sit down with Racing Point team principal Otmar Szafnauer. Regular readers will know we feature an interview with senior team personnel each month – most recently McLaren’s Andreas Seidl – and the next, which features Racing Point’s short-to-medium term plans, is scheduled for early July.

The big news, though, is Ferrari’s attempt to have Sebastian Vettel’s Montreal penalty reviewed. The ploy leaves most of the paddock baffled as to exactly what the team is aiming for. There’s much speculation about ‘new evidence’, and I hear Ferrari is pinning its hopes on a Sky TV post-race analysis by Karun Chandhok, who believes Vettel’s ‘recovery’ move across Lewis Hamilton was due to oversteer, and not deliberate.

Post-practice interviews, and my immediate task is reduced by Max Verstappen’s no-show after he’s summoned to the stewards over an incident with Hamilton. Amusingly, Hamilton appears to have committed a similar foul to the one Vettel was penalised for Canada, but in the event the stewards take no action. It will be interesting to get race director Michael Masi’s take on it, and the wider debate around how the FIA should police driving standards, when he briefs us on Sunday.

News comes through that no relevant new evidence was tabled by Ferrari, so the review request is rejected. Of course, cyberspace is soon filled with wide-ranging opinions – regardless of merits, these show that passion for F1 runs deep, particularly where Ferrari is concerned.

As an aside, I increasingly wonder why Ferrari bothers to host media sessions when their red-clad media folk block discussion on the most topical of subjects. So much for promises of a more media-friendly Scuderia under Mattia Binotto. It seems ingrained paranoia dies hard… 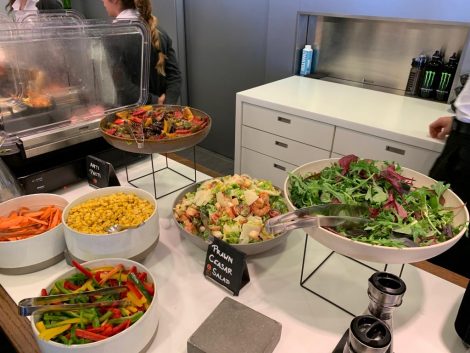 Interviews done, I head for Renault, who are celebrating not only its home race but also the unveiling of a new hospitality centre, which replaces the ex-Genii Lotus ‘bouncy castle’ unit, in turn acquired from Toyota after that team’s exit from F1 at end-2009. That one was built, I was previously told in 2001, so it certainly earned its keep.

After partaking in Renault’s ‘walking buffet’ – the mini burgers are delicious – and sparkling water I hit the road for Le Castellet, not even bothering to engage Waze or alternatives so light is the traffic. I hit home within 20 minutes – last year the similar journey lasted an agonising hour. I truly hope for the promoters that rumours tickets sales have fallen by as much as 70% are not true.