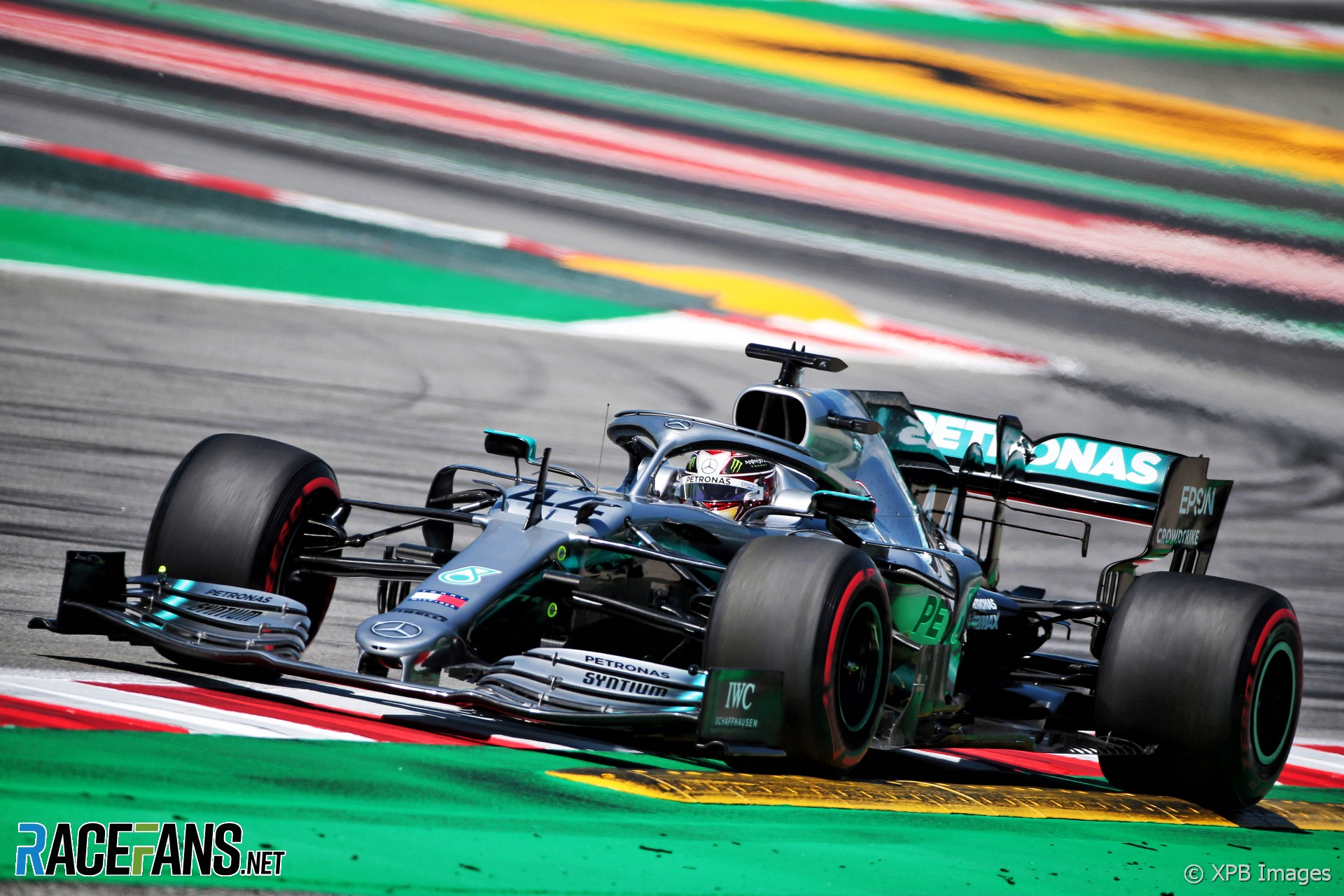 Lewis Hamilton was told there were few areas he could improve after comfortably setting the fastest time in final practice for the Spanish Grand Prix.

The Mercedes driver topped the times with a lap of 1’16.568, more than half a second quicker than anyone else managed. He then asked race engineer Pete Bonnington in which areas he could improve his lap time.

“Not many areas to improve, Lewis,” came the reply.

Charles Leclerc came closest to Hamilton’s mark, but Ferrari continue to lose around four-tenths of a second to Mercedes in the final sector of the lap. In cooler conditions – track temperatures were 27C, more than 10C down on yesterday – Mercedes’ advantage appeared to be slightly greater.

The second Mercedes of Valtteri Bottas was third, fractionally slower than Leclerc. Bottas lost time early in the session after spinning at turn five, causing a brief red flag, but was able to rejoin in time for the final quarter of an hour. In sharp contrast to Hamilton, yesterday’s pace-setter was advised he had room to improve in “turn one, turn four braking, turn 10 [and] turn 12” after his final flying lap.

Sebastian Vettel was second in the other Ferrari, having lost more than half a second to Hamilton in the final sector. He spun in the slow chicane on one of his early runs. He also experienced problems cooling his car sufficiently, and had to abort one attempt at a practice start.

The Haas pair continued their strong showing, the two drivers demoting the quickest of the Red Bulls to seventh place. Romain Grosjean was only two-hundredths of a second slower than Vettel.

Max Verstappen, seventh, was within a second of Hamilton. However team mate Pierre Gasly, who had a new survival cell fitted overnight, was over a second behind in 14th.

Between the pair came Alexander Albon, Kimi Raikkonen and Carlos Sainz at the bottom of the top 10, then Daniil Kvyat, Nico Hulkenberg and Sergio Perez.

The Williams pair propped up the foot of the times as usual. George Russell was the quicker of the pair despite causing the second red flag of the session by spinning off at turn four.

Drivers more then ten seconds off the pace omitted.

18 comments on “Hamilton half a second ahead after Bottas spins”