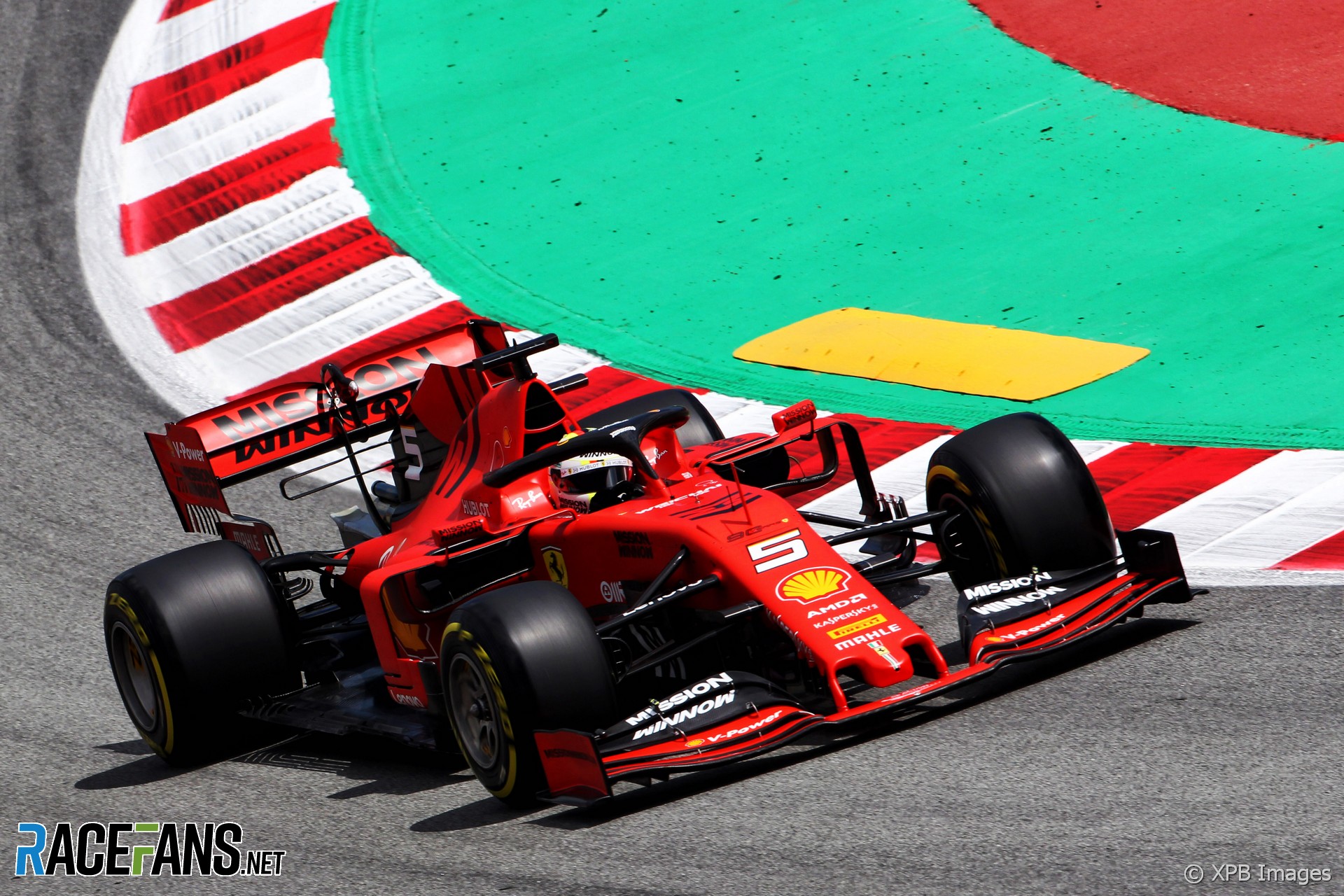 Ferrari looked like being a match for Mercedes over the first two sectors of the Circuit de Catalunya in Friday practice.

But at the moment it’s all falling apart for them in the final sector. They ended Friday three-tenths of a second slower than the silver cars, and gave away four-tenths in the six significant turns which make up the end of the lap.

More troubling for the team is the fact Mercedes have tended to find more pace on Saturdays than they have this season. Ferrari’s fans will be hoping the team took things more cautiously than usual with its new engines on Friday, which might explain the deficit.

Lewis Hamilton didn’t think so, however. “Ferrari seem to be as always gaining something like four-tenths on the straights,” he remarked after practice, continuing a familiar theme from earlier in the season.

Mercedes couldn’t live with Ferrari’s pace through the first sector of the lap. Charles Leclerc was fastest there, almost two-tenths quicker than either of the W10. The Circuit de Catalunya demands a careful balancing act with the set-up, ensuring the tyres stay alive for the final sector where traction is critical, and Ferrari may find overnight they can make a positive trade-off to improve the car’s performance across a full lap.

The top two teams look more closely matched on race pace. As ever average lap times, which can be very easily distorted by differing fuel levels, are less instructive than how quickly the drivers’ tyres began to drop off. In this respect Ferrari look capable of fighting on level terms with Mercedes.

However it’s clear neither of the front-running teams have got very close to their potential yet. The relative performance of the Williams cars is a tell-tale sign, as is the fact Mercedes and Ferrari are well over a second off their 2018 benchmark times. Ferrari clearly have the most to gain – they’re the furthest off last year’s pace than any team. Perhaps they have something up their sleeves?

The 2018 benchmark times also indicate Red Bull will be able to find a lot more lap time than Haas. The latter’s hopes of challenging the RB15 pair for third-fastest team may soon be dashed, despite Kevin Magnussen having come incredibly close to doing just that in Bahrain.

Nonetheless Haas seem likely to be clear of the usual midfield melee in qualifying. They were expected to go better at a track where the near-constant lateral loads on the tyres makes it easier for them to keep their tyres in the optimum operating window. This will be a blessing for them, as overtaking at this track is notoriously hard, and the drivers are sceptical the 2019 aerodynamic changes will help much here.

The McLaren pair highlighted the closeness of the midfield. Carlos Sainz Jnr was less than four-tenths of a second quicker than Lando Norris, but with those times the former would be in Q3 and the latter eliminated in Q1. Norris said his time loss to Sainz came at a few specific points around the lap and is confident he can make up the deficit, though Sainz always goes particularly well at his home track.

But as usual it matters little how well the Williams drivers perform as they are unlikely to start anywhere other than the back row. Making matters worse, a power unit part change in second practice meant Robert Kubica was unable to do a race stint simulation.

This chart shows all the drivers’ lap times (in seconds) during their longest unbroken stint. Very slow laps omitted. Scroll to zoom, drag to pan, right-click to reset: