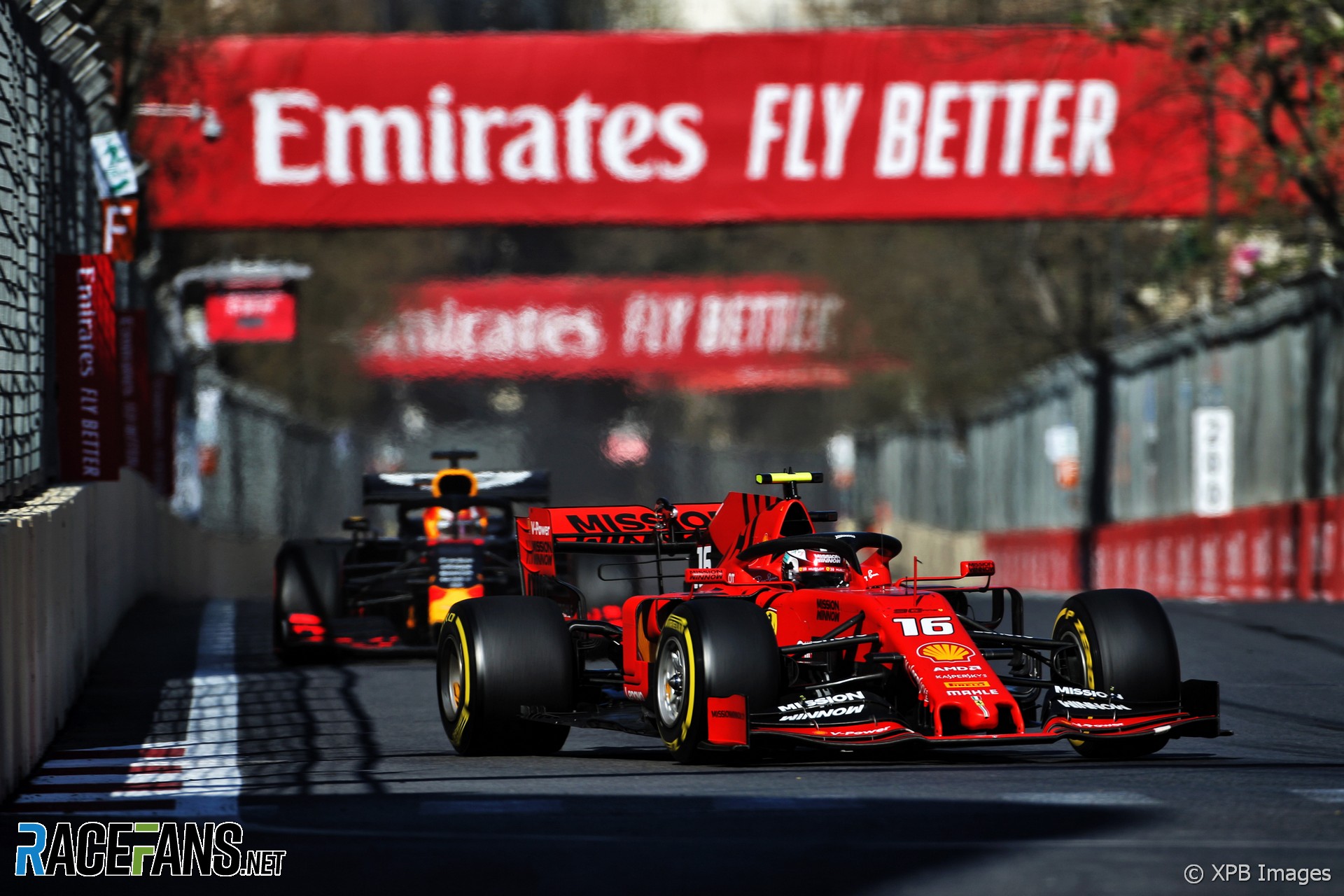 Charles Leclerc says he backed off after his first pit stop in the Azerbaijan Grand Prix because his team told him he wouldn’t be able to catch the front runners.

The Ferrari driver took the lead by running a long first stint on the medium compound tyres, then switched to a new set of soft tyres after half-distance. However the team realised he wouldn’t be able to make an impression on the race leaders despite have fresher, softer tyres.

“I think a lot of people thought we were struggling which I don’t think we were,” Leclerc told media including RaceFans after the race. “I just didn’t push to try and close the gap because I asked on the radio pretty early in this run whether there was any possibility to come back to the guys in front and the answer was no because the gap was too big.”

Leclerc left the pits behind Pierre Gasly, who he overtook. Shortly afterwards he asked the team: “Have I got any chances to catch up the front?” He was told: “No, negative. Slippery track.”

He therefore concentrated on bringing the car home and taking the opportunity to pit again for more fresh tyres and score the bonus point for fastest lap.

“From that moment onwards it was just about trying to keep the tyres and trying to push for the fastest lap when I had the opportunity to do so,” said Leclerc. “So don’t look at the pace from when we put the softs, it’s not our real pace, we were just trying to do the best lap.”

Leclerc was quickest in all three practice sessions but crashed during qualifying. He admitted he was disappointed to come away from the weekend with only a fifth place.

“Even though obviously FP1, FP2 and FP3 is not very representative, I am disappointed because I felt great in the car. I completely agree with Mattia [Binotto, team principal], I think in the car there was definitely the potential to do pole position.

“I threw all our chances away by touching the wall yesterday. So it’s my mistake, I take responsibility, and today basically it was the best we could do from there. It’s a bit disappointing.

“On the other hand I think there are some positives to take away from the weekend. I think quali pace was definitely stronger than China and race pace was also very close to Mercedes. Now we look forward and I’m pretty sure we’ll come back even stronger in Barcelona.”