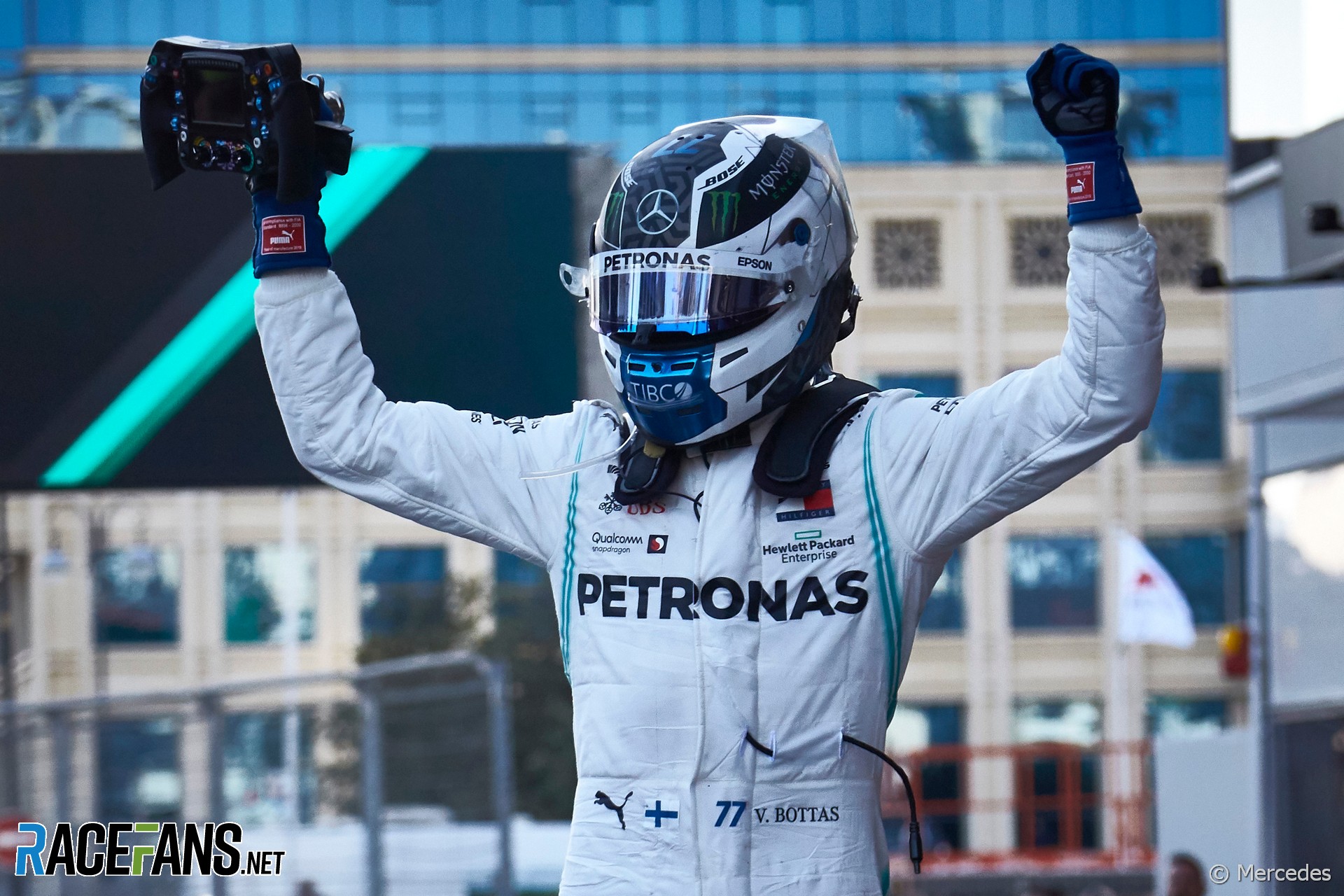 Bottas, who was within sight of victory last year when a puncture put him out, resisted pressure from team mate Lewis Hamilton in the final laps to lead Mercedes’ fourth consecutive one-two finish.

Sebastian Vettel finished third after losing touch with the Mercedes drivers at the beginning of the race when they were running on soft tyres. His team mate Charles Leclerc led the middle part of the race running on the medium tyres, but like most other drivers had poor pace on the soft tyres at the end of the race. He finished behind Max Verstappen, but grabbed the point for fastest lap after a late pit stop.

Both Racing Points and McLarens came home in the points, led by Sergio Perez. Carlos Sainz Jnr got ahead of team mate Lando Norris to take his first points for the team, while Lance Stroll took ninth. The final point went to Kimi Raikkonen, one lap down, who fought his way to 10th after starting in the pits.

Daniel Ricciardo and Daniil Kvyat retired following an unusual incident in the turn three run-off. Ricciardo locked up and ran wide, taking his rival with him, then reversed into the Toro Rosso as he tried to rejoin the track.

Romain Grosjean and Pierre Gasly also retired separately. The latter ran a very long first stint to get within range of the race leaders, before his car came to a stop.