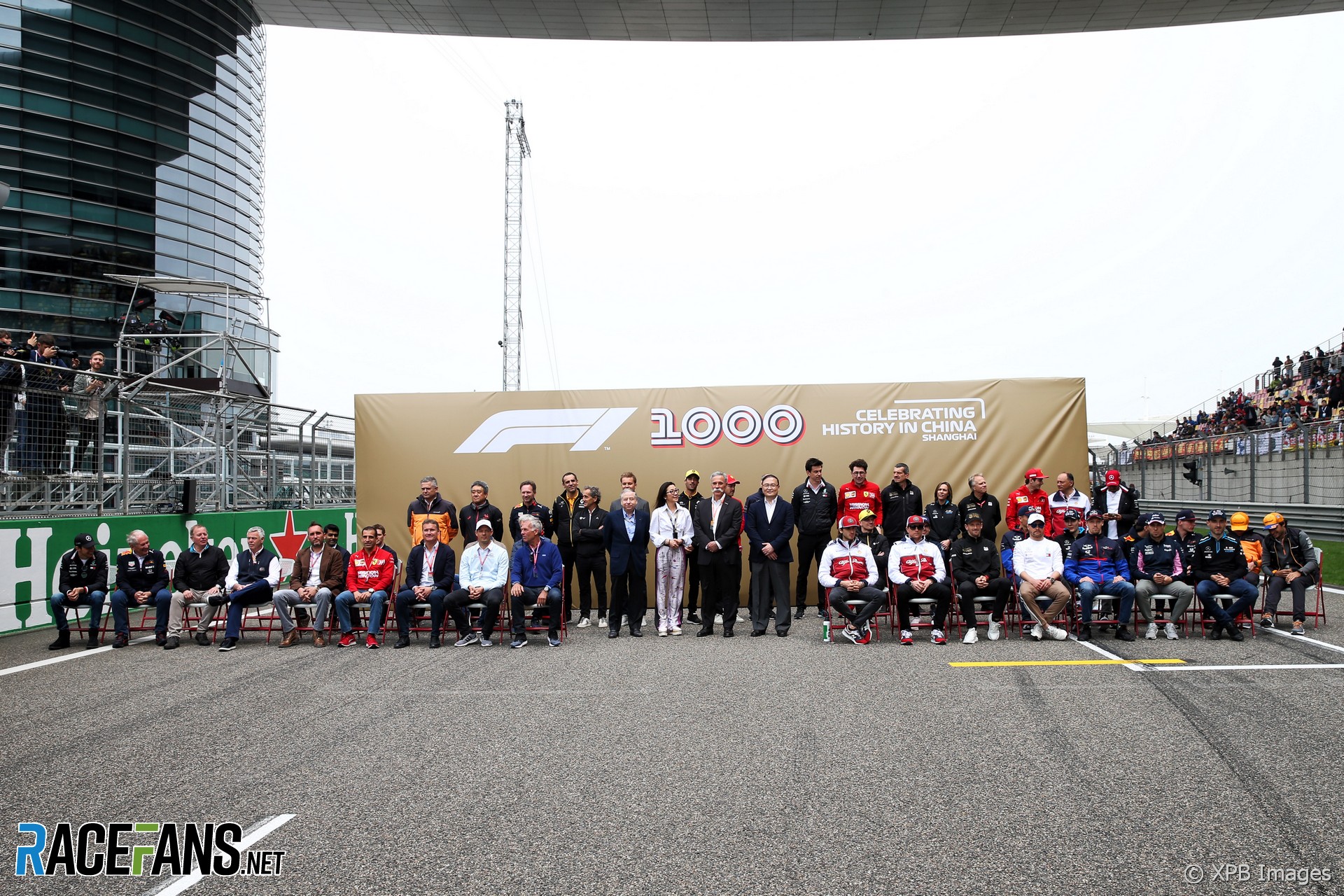 Up and finish packing ahead of check out at 8am, ready for cab to circuit. For the first time on this trip the time zone change scuppered my sleep, and I’ve had less than three hours of shut-eye.

It’s a hazard of the job, and though I’m not complaining, I have a long day ahead: my Emirates flight home departs at midnight.

Invite to breakfast at Haas – full English, fitting given the team’s main operating base is in Banbury – and take the opportunity of chewing fat with team boss Guenther Steiner. We agree it’s been a strangely quiet weekend. 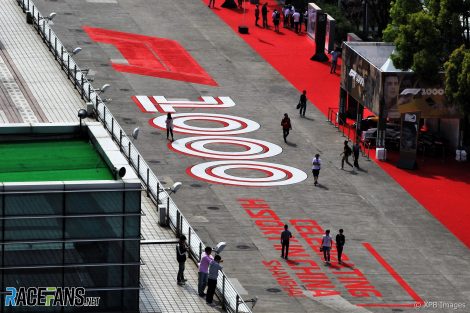 Perhaps it’s a consequence of Shanghai’s unusual paddock layout. The 10 teams are spread across 20 hospitality units, interconnected by a complex maze of walkways over ponds. The circuit itself is built on polystyrene-filled marsh, hence the abundance of water.

A meeting with guys from Riedel, the German communications company which provides electronics and wireless and internet and intranet communications to teams, FIA and Liberty. Riedel was founded as a one-man business in 1987, and now employs over 600 employees globally – mainly off the back of getting a break in F1. Obviously they keep certain stuff confidential, but I get a good steer about F1’s direction of travel.

My 11-o’clock interview is postponed to Baku, so I wander the paddock before preparing for the race: it will be hectic through to the 2:10pm start, particularly as F1 has scheduled a group photo on the grid and a special driver parade comprising the current crop and all drivers who have started an F1 race who are present today.

I bump into Kenny Handkammer, who was the chief wrench on Sebastian Vettel’s Red Bull back in the team’s glory days. Before that he was with Benetton, where he crewed during Michael Schumacher’s heyday with the colourful team.

Kenny, whom I met in the early nineties while trying to break into F1, left F1 for Tesla, and is now with Byton, a Chinese-backed electric automotive start-up. Sign of the times… 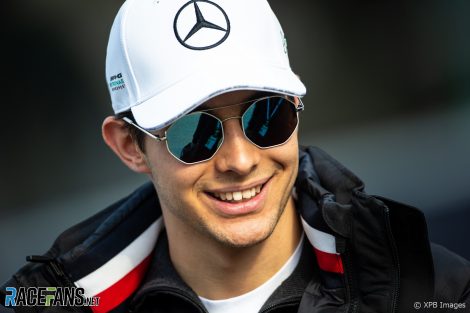 Lunch is seafood risotto prepared in the best Italian style – the taste wants for nothing – with two colleagues, then grab a Chinese Magnum ice cream at Williams before heading for the grid. As far as I can tell all 20 ‘oldies’ in Shanghai are here on some sort of F1 business – team, TV or officiating – rather than solely to join in the 1,000th race festivities.

It seems ‘F1 1000’ hasn’t found much traction amongst ‘pilotes anciens’; certainly not enough to persuade others to make the trip. I smile when I see Esteban Ocon stroll across to the “oldie” area: the Mercedes development driver is, of course just 22 years old, but for these purposes is regarded as an ‘ex’ driver.

Back in the media centre, waiting for the grid to open. I check out the latest bulletins, documents and directives and plan for post-race interviews. Inevitably the schedule will change depending upon the race outcome, but a rough plan is better than no plan. 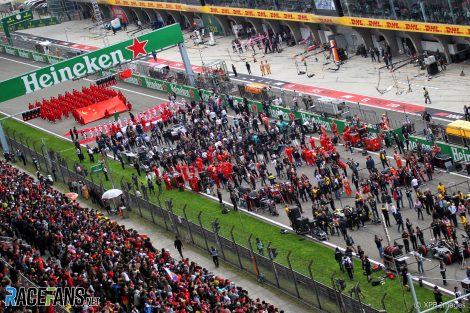 Head for grid – I’ve said it (regularly) before, but to me it’s the magic part of the weekend: One can catch up with folk one has missed all weekend for some reason or other, plus it’s fascinating to watch drivers and crew go through the well-practiced motions of their pre-race procedures.

This year the grid is heaving with car executives – local and European. One can but hope that a Chinese-owned brand enters F1 sooner rather than later. That said, we spent four years travelling to and from the most southerly point in Korea, yet failed to tempt Hyundai, which competes instead in WRC and TCR.

Interviews start: I attend Toto Wolff, Guenther Steiner, Christian Horner and Lewis/Valtteri sessions, but miss out on Ferrari due to overlaps.

All done, I start packing up ahead of the 8pm coach to the airport – it’s a 90 minute drive, so I’ll get there as check-in opens.

In the lounge, where I spot Damon Hill, so wander across to chat about driving his father Graham’s Lotus 49 earlier today. We talk about the dangers of those days – although Hill Snr died in an aircraft accident, he suffered heavy injuries through racing, and lost many a good friend – and I ask Damon whether he would have raced back then: “No. I don’t think so…”

I point out that he started off his racing career on motorcycles, which prompts a wry smile, then ask whether he considered contesting the Isle of Man TT back then. Another smile, then slow headshake. A wonderful man, Damon, and real privilege to know. If you haven’t read his book, Watching the Wheels, I strongly recommend you to.

Flight leaves on time for Dubai, and I’m out of China…