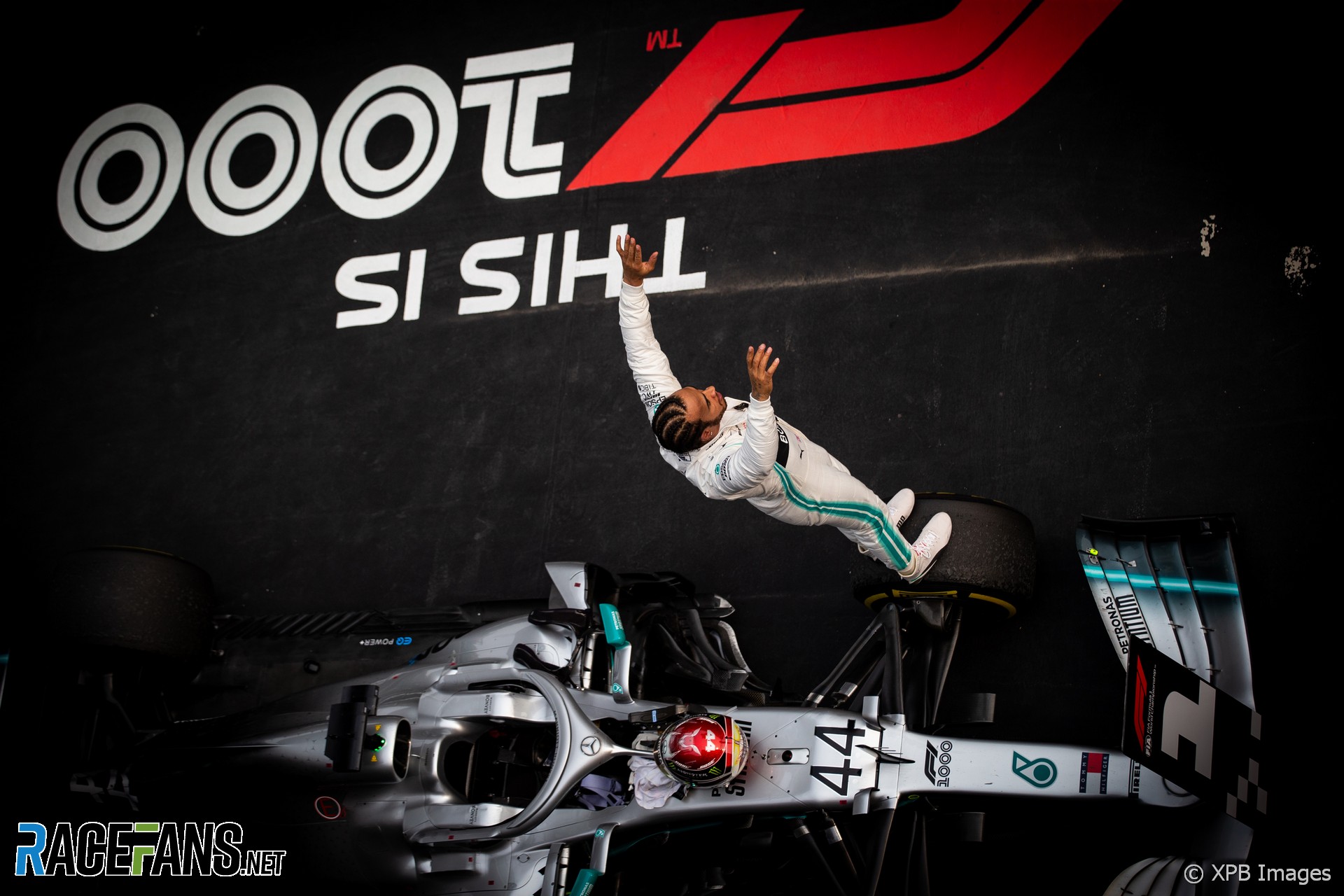 Lewis Hamilton scored a commanding victory in the Chinese Grand Prix, taking the championship lead in the 1,000th points-paying race.

He led Mercedes to their third consecutive one-two finish at the start of the season. Valtteri Bottas followed him home in second, the pole-sitter having lost the lead to Hamilton at the start.

Sebastian Vettel claimed third after Ferrari again intervened in the battled between its two drivers. Charles Leclerc passed his team mate at the start, but was told to let Vettel by prior to the first pit stops.

Leclerc was left out for a longer first stint which dropped him behind Max Verstappen. He closed on the Red Bull driver after the leaders made their second pit stops, but with his tyres only eight laps fresher than Verstappen’s and a gearbox glitch, he had to settle for fifth.

Pierre Gasly made a late pit stop to fit an old set of soft tyres in a successful bid to score the bonus point for fastest lap on his way to sixth.

Only one of the Renaults saw the chequered flag. Nico Hulkenberg retired from the race early on, while Daniel Ricciardo took a ‘best of the rest’ finish for the team in seventh.

The final points were taken by Sergio Perez, Kimi Raikkonen and Alexander Albon, the latter impressively holding off Romain Grosjean having raced to 10th from the pits.

The only other driver who was not classified was Daniil Kvyat, who was also given a drive-through penalty after hitting the two McLarens on the first lap of the race. Lando Norris retired in the pits four laps from home.