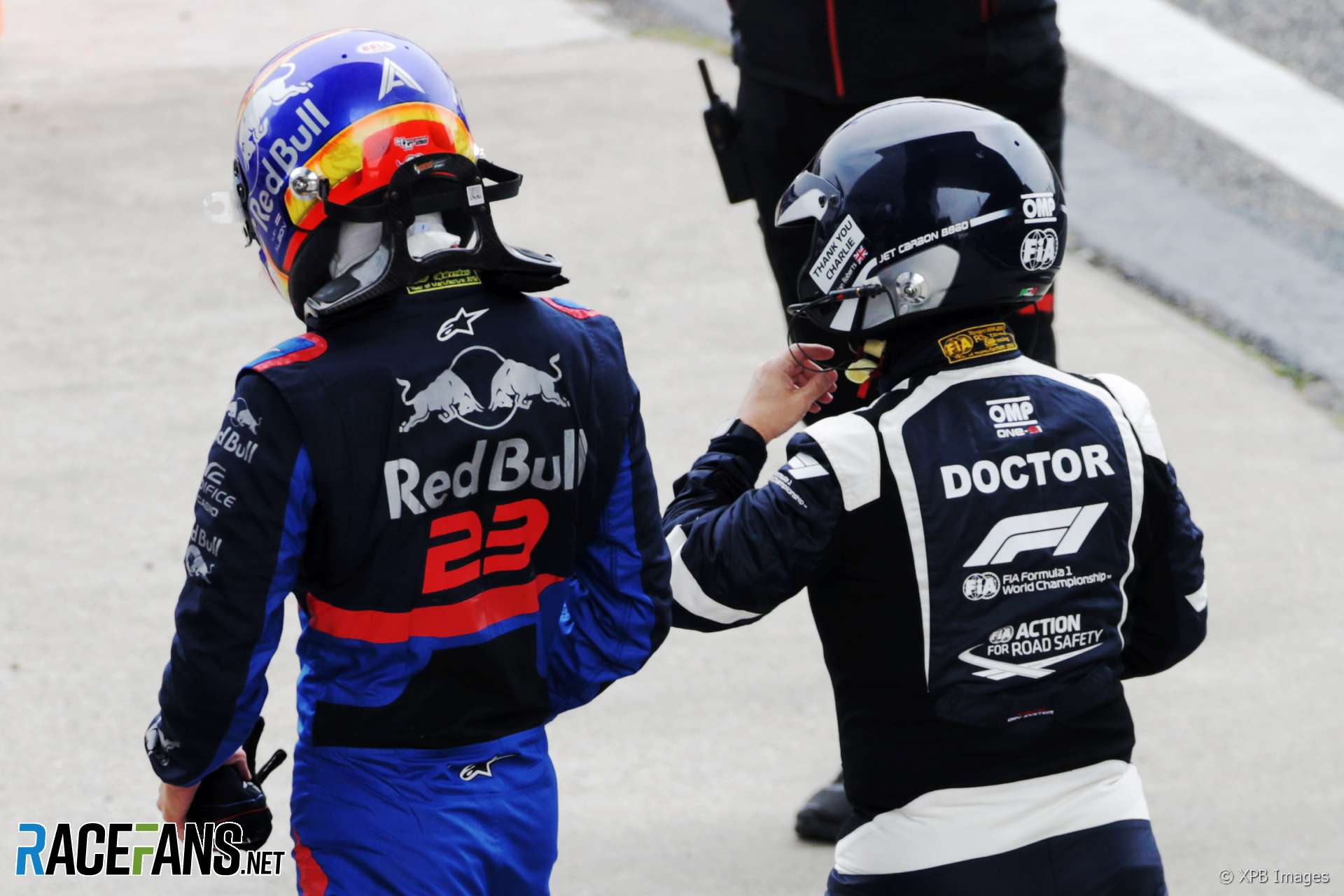 Was Alexander Albon shaken by his heavy crash in practice? Not a bit of it – he told @DieterRencken he’d had a bigger shunt in his very first race.

A bit of a lie-in given FP3 starts at 11am and the circuit is a short rise away. I’m out of the hotel within 45 minutes, and at the circuit a little after 10am, where I grab some fruit salad, apple tarts and tea – which do me fine until lunch.

I take a wander through the paddock and bump into Damon Hill who is in Shanghai on double duty: Sky TV punditry and demonstrate the Lotus 49 his father Graham drove to the 1968 title. Damon had circulated with the red and white car yesterday, but I missed his laps through being otherwise occupied. The 49 was the car when I first fell in love with F1, and it buzzes my senses to this day.

Damon and I exchange banter about whether this actually is the 1,000th F1 grand prix – he’d responded to tweets of mine on the topic – and while chatting I’m reminded of comments he made after testing a Grand Prix Masters car fitted with an updated version of the same Cosworth Ford V8 in 2006, in company with Emerson Fittipaldi – who had raced against Graham.

At the time I’d asked Damon about the experience. “It’s about the closest I have come to racing against my father…” , he said somewhat wistfully. Two-times champion Graham had, of course, died tragically in an aircraft accident in 1975, about ten years before Damon entered the family business.

Final practice is red-flagged due to Alexander Albon’s huge crash after the Toro Rosso driver fish-tailed out of the final turn on a fast lap, the subsequent tank-slappers slamming him into a barrier. Fortunately Albon is only shaken, which bears testimony to the enormous strength of modern F1 cars. I decide to attend his post-qualifying media session to see if his cheery disposition is still intact along with the rest of him.

A wander about, then lunch at Mercedes – Caesar salad and shredded tuna, followed fruit salad with caramel mousse – in company with Charli, an executive with Petronas’s PR agency, before heading for the media centre and qualifying.

Qualifying done, I head for Toro Rosso and Albon, who had to miss qualifying after destroying his survival cell and will start from the pit lane. He’s chatting to team boss Franz Tost, but ambles across with a spring in his step, then takes a seat. I marvel at his matter-of-fact manner, discussing his hefty hit without a tremble: 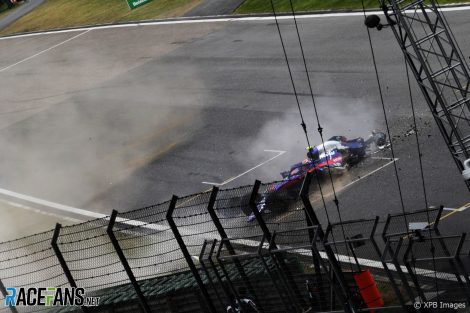 DR: How are you feeling?

Fine. No, not at all. I’ve had bigger crashes.

DR: It was a while before you extracted, were you disorientated?

Not really, [I was] just doing the standard procedures.

Was that your biggest so far?

You’ve had a bigger one?

My first ever race I think was my worst one. Double backflip…

DR: And you came back for more?

The following sessions are done in a flash: The Red Bull (Max Verstappen having cooled after his radio rant in qualifying) McLaren’s Meet The Team, the Williams duo and Guenther Steiner.

While at Williams I’d hope to catch Patrick Head, the team’s now-retired technical director who created a string of title-winning cars and has returned to the struggling teams as consultant. I’m told he’s in the garage, and been there all day… 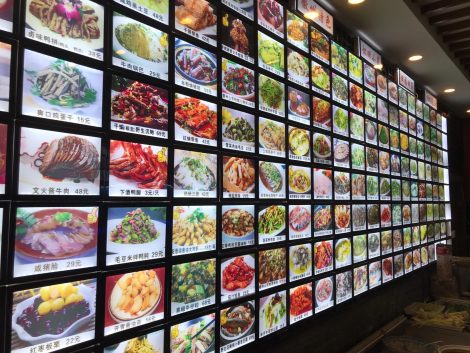 All stuff sent and duties done it’s time to find a cab – we haggle for a local ‘Uber’- miraculously the price is 20 yuan down on yesterday’s 120 for the three of us. Once back at the hotel my snapper friends and I decide it’s time to sample genuine Chinese fare, and head for a local eaterie they’d previously patronised.

The menu consists of illuminated photographs on a wall, and we order sesame chicken, a fiery beef dish and spicy vegetable: cheap at well under ten quid a head including drinks, but, above all, mega tasty.

Back in the hotel in time to write this up before packing in readiness for early check-out and race day in China.