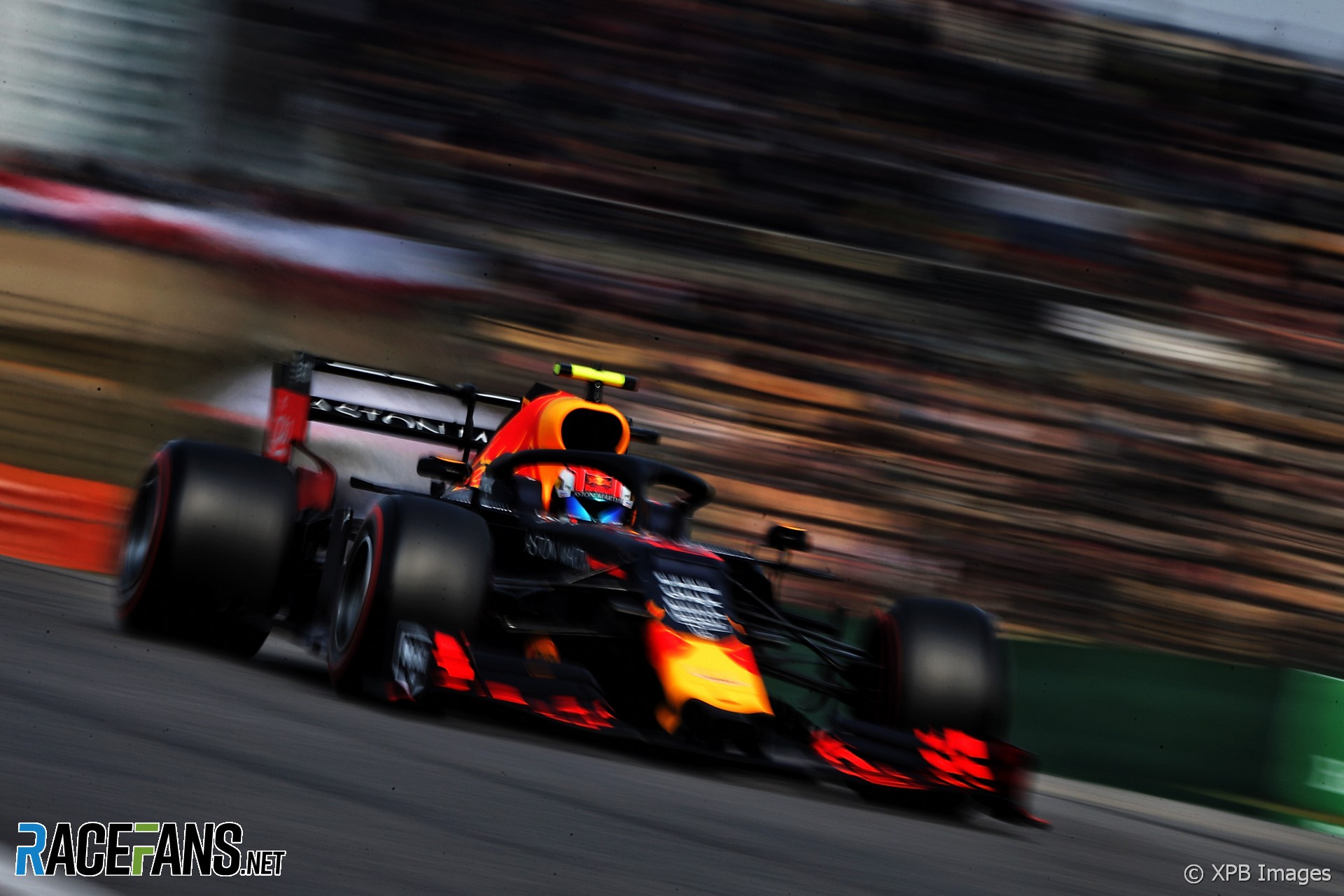 Mercedes have scored their second front-row lock-out of the season in China.

In Australia it was Lewis Hamilton who led the team’s cars, but he was passed immediately by Valtteri Bottas, who went on to win. Will Hamilton take his opportunity to avenge that defeat?

There was little to choose between them in qualifying. Indeed, Hamilton will know this should have been his 85th career pole position. He was fastest in all three sectors, but didn’t string the lap together.

However Mercedes will no doubt impress upon their drivers the primary importance of working together to keep the Ferraris behind at the start. Particularly as the SF90’s straight-line speed is obviously superior.

Team principal Toto Wolff said they will have that “very important discussion” but, of course, did not elaborate on its key points. But no doubt it will include how to contain the threat of the quickest car through the speed trap.

However Ferrari – and possibly Mercedes too – will have to take the threat from Red Bull seriously. Max Verstappen’s fury at being unable to start his final run in Q3 was clearly motivated in part by the knowledge he could have beaten both the red cars to third place. “It was there for the taking,” his race engineer told him as he returned to the pits.

While Red Bull have clearly unlocked more of the RB15’s performance by correcting their set-up error with it, that hasn’t helped Pierre Gasly extract the same kind of performance from it Verstappen can. But watch for Verstappen taking the fight to the Ferraris from the start.

The Shanghai International Circuit always punishes the front tyres and as the surface becomes more abrasive with each passive year the effect is becoming more pronounced. It could be enough to tempt some drivers into two-stopping. Last year a Safety Car period gave some driers the chance to make a second stop at low cost to great effect – it won the race for Daniel Ricciardo.

Pirelli says the ideal strategy is a stint on softs followed by one on hards to reach the end of the race. However the five fastest qualifiers will all start on the mediums they used in Q2, so they should easily run to the end on a medium-hard strategy. Intriguingly, Hamilton has saved a fresh set of softs – is he eyeing the possibility of a late pit stop to make a bid for the fastest lap bonus point?

Renault finally delivered on their potential and have lined themselves up for a one-two finish in ‘Class B’; i.e., seventh and eighth. However they have the complication of having to start the race on worn soft tyres – as do the Haas drivers and Gasly – which is going to put them at something of a disadvantage. Daniil Kvyat’s ‘new tyre pole’ could be especially advantageous here.

Ricciardo is also hoping Renault give him a more realistic strategy than his Bahrain one-stopper. “For sure it’s something which we’ll try and do better,” he said.

“I think this weekend a two-stop is probably more obvious so that should be a bit more clear. But we definitely learned some things. Basically we didn’t have the right strategy but throughout the race I think we learned some things that if we were in that situation again we could react a bit quicker.”

A complicating factor for all the teams will be the expected shift towards cooler conditions on Friday. Pirelli has also tweaked the tyre temperatures since teams did their long runs on Friday, which will make their data slightly less reliable. That doesn’t apply to Bahrain’s ‘moral winner’ Charles Leclerc, who was unable to do a long run due to technical problems.

Mercedes may have had the upper hand in qualifying, but the signs are the 1,000th world championship race could be a more competitive contest between the three teams than the 999th was.

Share your views on the Chinese Grand Prix in the comments.

21 comments on “Can Red Bull make it a three-way fight in China?”