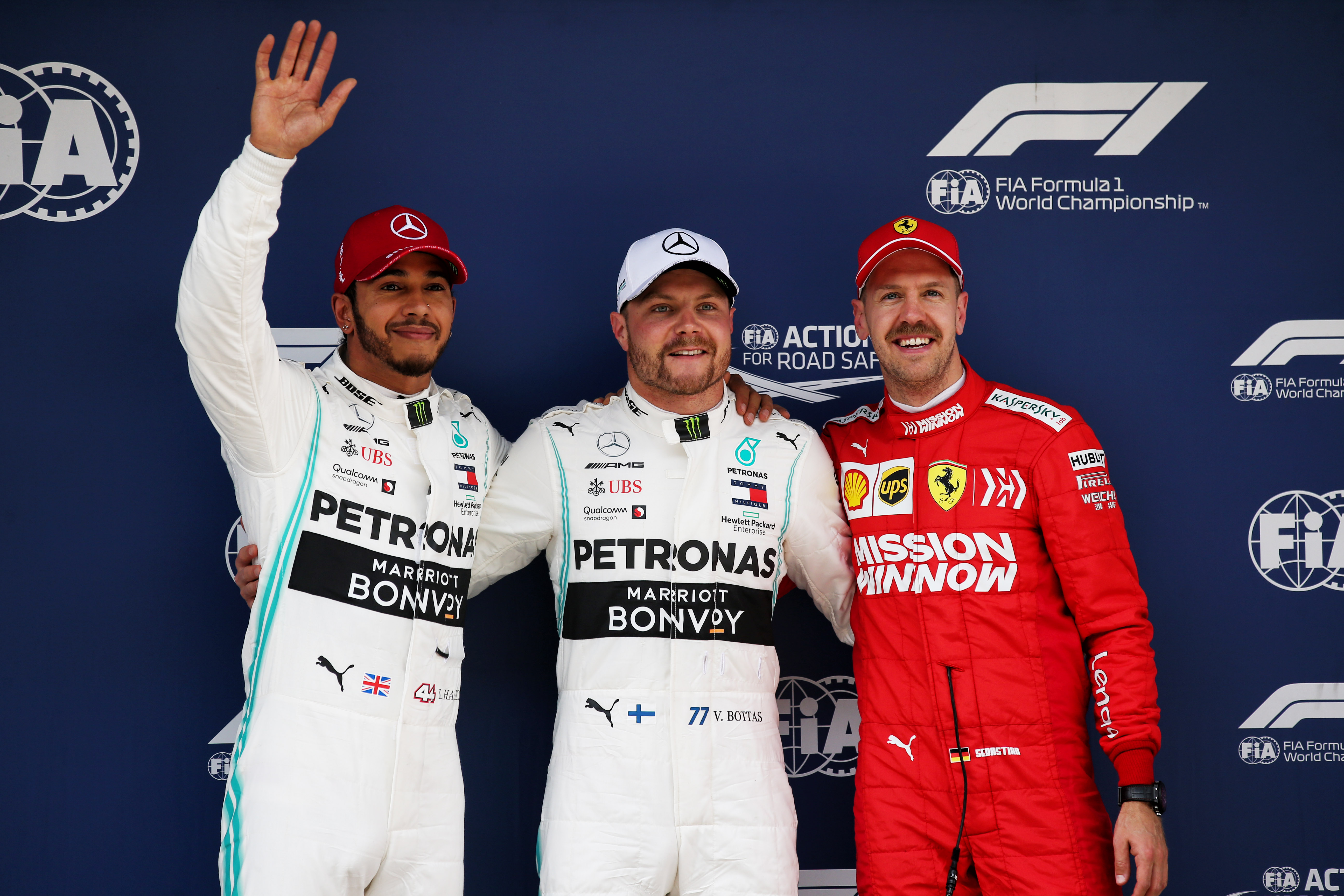 Valtteri Bottas beat team mate Lewis Hamilton to pole position for the Chinese Grand Prix by just two-hundredths of a second. The Ferraris will start behind them.

The first driver was eliminated before qualifying even began. Alexander Albon crashed his Toro Rosso at the end of final practice and the team were unable to complete repairs to his car in time, ruling him out of Q1.

He was joined by the luckless Antonio Giovinazzi, who suffered further technical problems in his Alfa Romeo. he also failed to set a time during first practice yesterday. The Alfa Romeo crew worked hard to get him out but had to concede defeat as the clock ticked down at the end of the session.

That meant the Williams drivers were handed the opportunity to start higher than the back row of the grid. The pair had been closer to the pace in final practice, but both cars were again around a second off the next-slowest qualifier. Robert Kubica was again that slower of the pair, though only fractionally, after complaining of oversteer on his first run.

Lance Stroll’s last effort wasn’t quite enough to lift him out of the bottom five. Lando Norris claimed the final place in Q2 by 0.15 seconds.

Bottas was comfortably the quickest driver in Q1 with almost half a second in hand over his team mate. However Charles Leclerc was unhappy after he caught traffic at the end of his first run and had to go out again, using another set of tyres.

The Mercedes and Ferrari drivers, plus Red Bull’s Max Verstappen, opted to start Q2 on the medium compound tyres, in the hope of qualifying on them and gaining a strategic advantage. They duly claimed the top five times, led by Bottas.

Pierre Gasly, the only Red Bull driver running softs, was initially unable to beat his team mate’s time on the harder tyres, ending up half a second off him. He opted against running again, as did Leclerc who had used an extra set of tyres in Q1.

The other front-runner did make second runs but either did so on soft tyres and backed off, so they wouldn’t have to start on them, or, as in the case of Hamilton, ran on mediums again. He improved his time and headed the session by just under a tenth of a second.

Kimi Raikkonen reported a loss of power on the back straight on his final run, and missed the cut for Q3 for the first time since 2016 by two-tenths of a second. Daniil Kvyat was also frustrated his “clean” lap failed to get him into the final 10 by just two-hundredths.

Neither McLaren driver looked like making it into Q3, however, and there was a substantial gap between the two drivers.

Bottas started his first lap of Q3 strongly, chipping tenths of a second out of his team mate. But Hamilton took almost all of that advantage back in the final sector, and at the line Bottas was ahead by just seven-thousandths of a second.

As the Mercedes stretched their legs, the Ferraris couldn’t keep pace. Vettel was four-tenths adrift, and Verstappen split the two red cars with his first run.

Hamilton was asking “where am I down in the middle sector?” as he returned to the track for his final lap. In the first sector he clawed back time to Bottas, but through the middle of the lap Hamilton was down again. As he crossed the line he was unable to improve on his time, and Bottas trimmed 16 thousandths of a second off his time for good measure to secure pole position.

Both Ferrari drivers found time on their final runs. Leclerc briefly jumped up to third before Vettel claimed it back from him.

However it all went wrong for Red Bull. A frustrated Max Verstappen couldn’t find space to start his lap, got in the way of his team mate, and both crossed the line too late to start their final runs. The pair ended up fifth and sixth.

Renault and Haas completed a symmetrical top 10, the black-and-gold cars not setting a time in the final session.

57 comments on “Bottas denies Hamilton pole for 1,000th championship round”