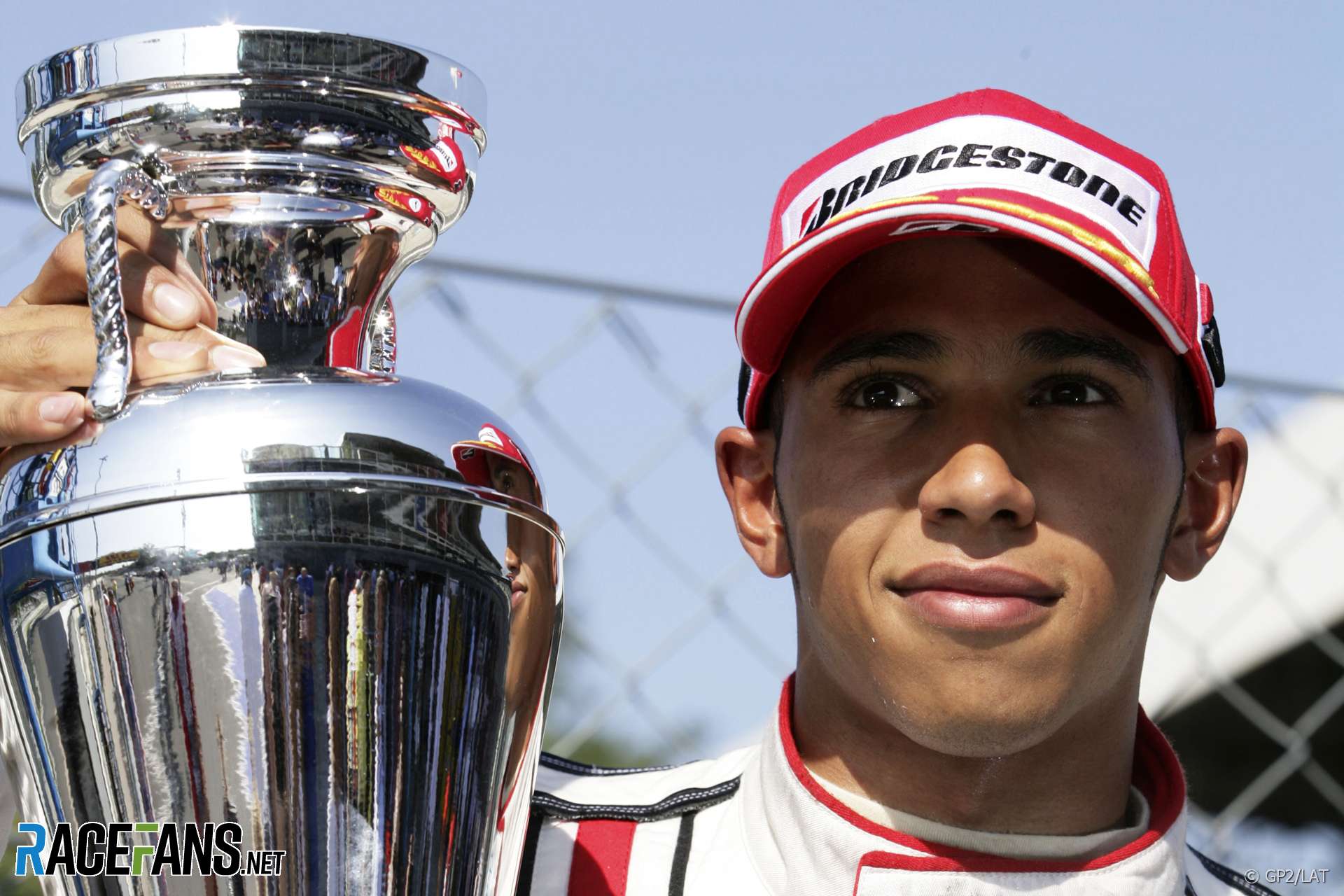 Formula 1 is considering a new rule which would award a point to the driver who sets the fastest lap during a race.

It’s not a new idea to F1. Maurice Trintignant was the last driver to be awarded a point for setting the fastest lap in a race in the United States Grand Prix 60 years ago.

Since then points in F1 have only been awarded to drivers who are classified at the end of a race. But other championships already award points for fastest lap.

Indeed, this was exactly how Lewis Hamilton won his last championship before he arrived in F1, in distinctly underwhelming circumstances.

Hamilton’s title-winning rookie GP2 (now F2) campaign in 2006 included some unforgettable highlights. A consummate performance on the streets of Monaco. A heart-stopping three-wide pass into the ultra-fast Maggotts complex in front of his home crowd. And his outrageous tear through the field at Istanbul, climbing from 16th to second in 22 laps of DRS-free magic.

Following the latter, the championship came to its conclusion in a final double-header at Monza where Hamilton had to contend with on-form title rival Nelson Piquet Jnr and an inspired Giorgio Pantano. The latter won the opening race in superb style, but Piquet resisted Hamilton for second place.

That meant the championship would go down to the wire. Piquet was still in with a chance – by just a single point.

Or so we all thought.

But after the chequered flag fell the stewards took a closer look at Pantano’s fastest lap of the race, which had earned him a bonus point. They ruled the FMS driver had failed to back off while passing the yellow flags which were being waved for Franck Perera’s stationary DAMS.

Pantano was stripped of his point for fastest lap, which was in turn awarded to the driver who had set the next-quickest lap: Hamilton. And so, hours after the race had ended with the stands long emptied, Piquet was mathematically eliminated from championship contention.

Hamilton was unquestionably a worthy champion that year. His efforts deserved a better coronation than the damp squib they got.

A point which those who are now lobbying for the same rule to be introduced to F1 should bear in mind.