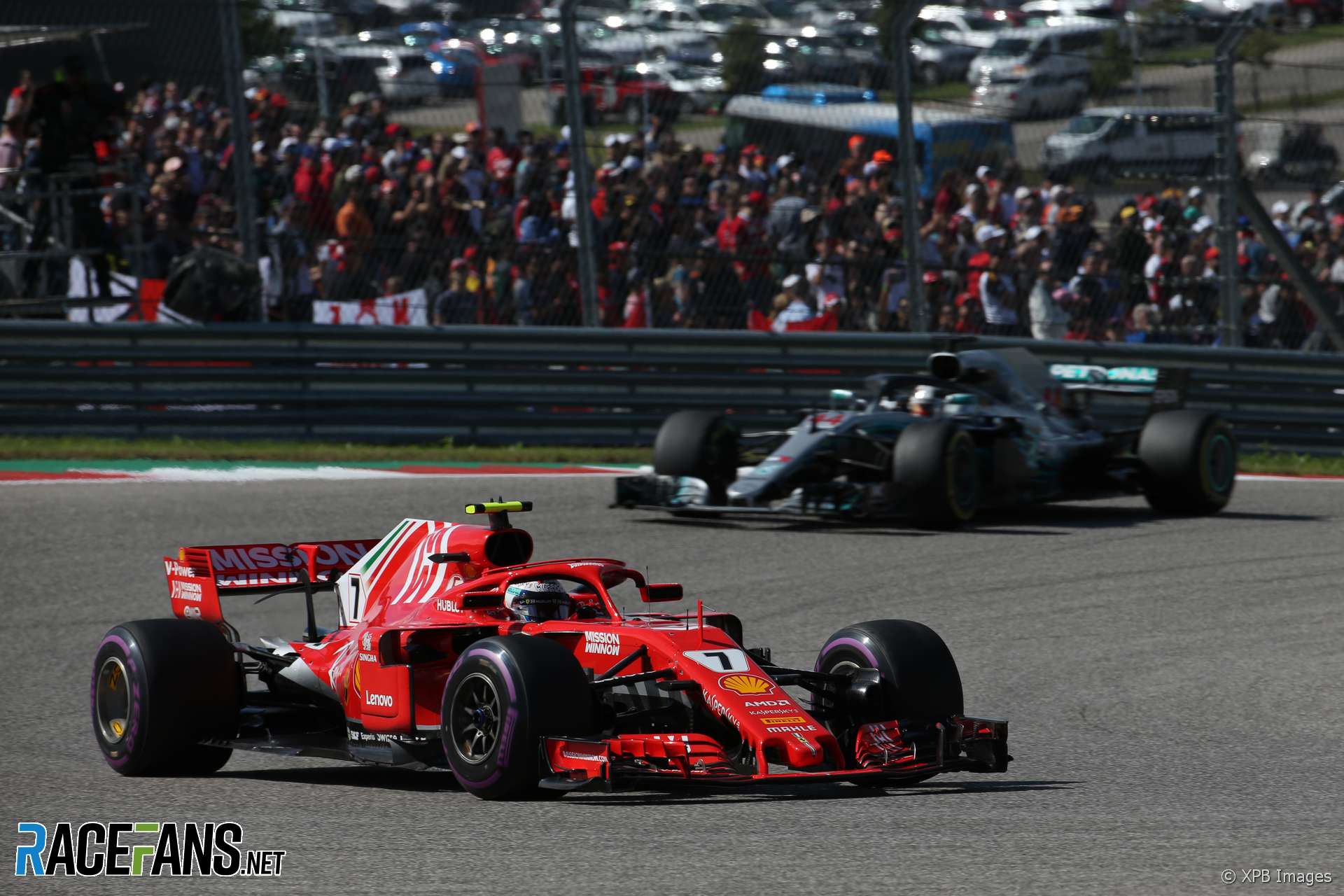 Discover a raft of unheard team radio messages from the United States Grand Prix: Here’s over 300 communications from the race.

Fernando Alonso’s United States Grand Prix was over within a few seconds thanks to Lance Stroll:

Several other drivers incurred first-lap damage, some of it race-ending:

Not for the last time in the race, Valtteri Bottas had to let Lewis Hamilton by:

Renault, studying the leaders’ lap times, realised their drivers would unlikely to get lapped and would therefore have to save more fuel:

Max Verstappen blamed his inability to get on terms with Bottas on the usual culprit:

Having pitted for fresh tyres, Hamilton closed on race leader Kimi Raikkonen. TheFerrari driver held him at bay for a few laps, then pitted:

Meanwhile Red Bull pounced on the opportunity to get Verstappen ahead of Bottas:

Perez claimed Ocon was holding him up:

Hamilton lost time in traffic, then had to make a second pit stop, after which Raikkonen caught the same backmarkers the Mercedes had been stuck behind.

Force once Brendon Hartley was the beneficiary of team orders at Toro Rosso, as they used his struggling team mate to delay Marcus Ericsson:

Meanwhile Bottas had to make way for Hamilton again:

And there was a change of positions at Ferrari too:

Verstappen edged towards Raikkonen despite his more fragile tyres and some fuel concerns:

Over the second half of the race Haas realised the depth of Magnussen’s fuel worries. Having initially told him to lift-and-coast to save tyres, when it dawned on them that they would have to complete the race distance Magnussen was repeatedly urged to take drastic measures to save fuel.

Gasly, strugglign with a tyre vibration as well as his first-lap damage, was keen to park up:

Verstappen saw off Hamilton to second:

But Bottas couldn’t keep Vettel from passing him for fourth.

Raikkonen finally had his first victroy for five-and-a-half years in sight:

But Magnussen’s situation was getting serious:

Raikkonen clinched his first victory for five-and-a-half years. Perez’s engineer accurately predicted Magnussen was about to get in trouble, and it later transpired so would Ocon:

NB. As some messages will have been transmitted simultaneously the chronology of the above extracts is not exact.