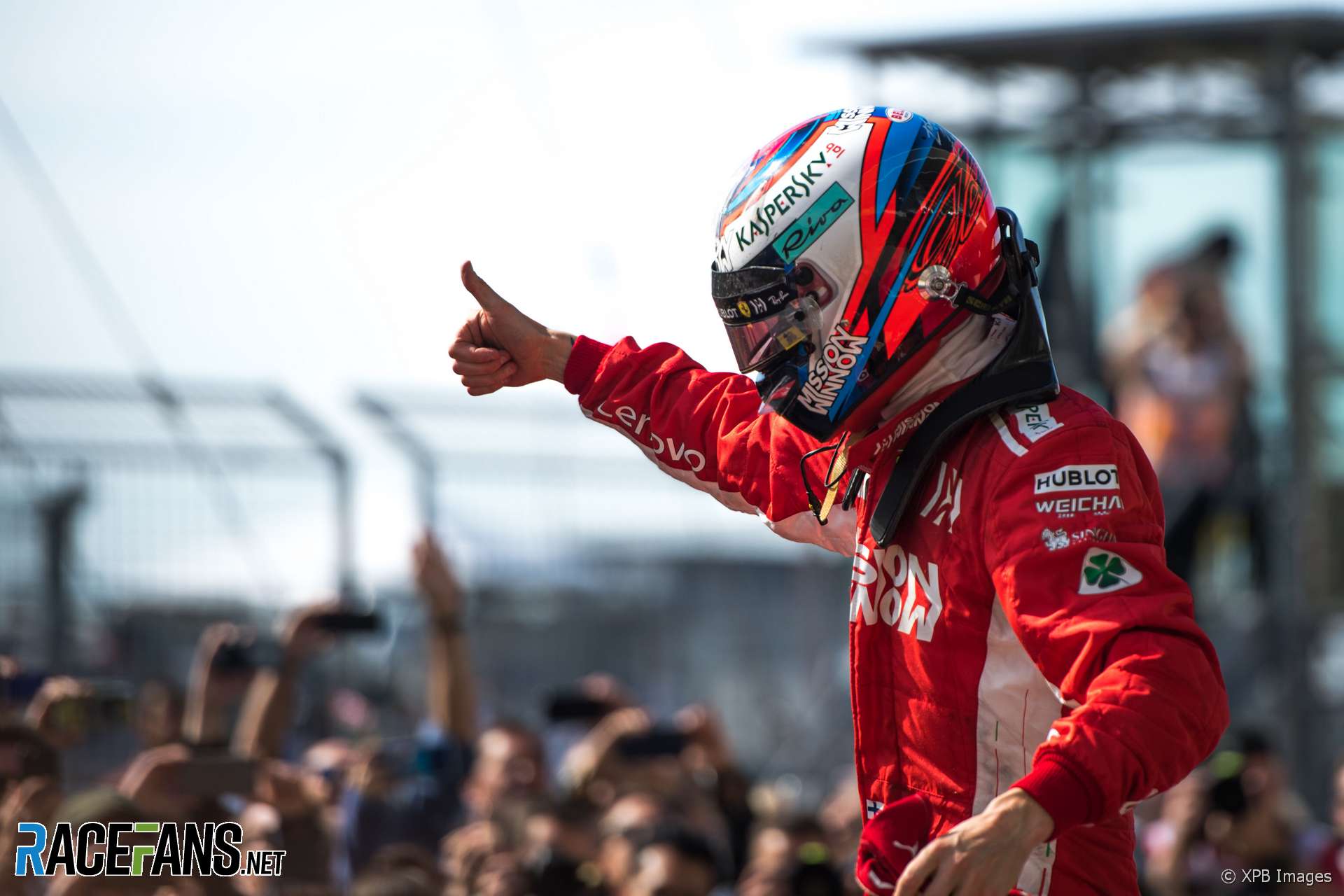 Raikkonen set his fastest Q2 time on ultra-softs which meant he was the only driver out of the front-runners to start the race on the softest tyre compound. Hamilton and Vettel out-qualified him but thanks to Vettel’s penalty the Finn started on the front row. The ultra-softs helped him pass Hamilton into the first corner and stayed out when the VSC was deployed to make a one-stop strategy work.

Still on his old ultra-softs, Raikkonen resisted a fresh-tyred Hamilton until he pitted on lap 21. In the closing stages of the race Raikkonen kept Verstappen at bay and out of DRS range to take a long overdue first win since his return to Ferrari.

Although he was to blame for the mistake in Q1 which broke his suspension and left him 18th on the grid, Verstappen more than made up for it in the race. By the end of the first lap he was ninth, avoiding all three first lap collisions. He started on the softs so he could have a longer first stint, but pitted early to undercut Bottas by one lap which worked.

Once it was clear Hamilton would have to stop again Verstappen began his to close the gap to Raikkonen but never was close enough to try a move. With two laps to go he went wheel to wheel until Hamilton, keeping the Mercedes driver at arm’s length and putting a lock an excellent second place, thanks also to his long stint on the super-softs.

Hartley was out-qualified by his team mate, but their engine penalties made that irrelevant. He started last and was 12th after the first lap, getting by his team mate and Vandoorne with a double overtake on the back straight, while avoiding all the other carnage. Hartley was able to make the faster two stop strategy work, starting on the super-softs and switching to the softs on lap 27. He finished 11th, but after Ocon and Magnussen were disqualified he was promoted to ninth.

Stroll was knocked out of Q1 again, and failed to out-qualify his team mate by a tenth. He started 15th thanks to penalties for drivers ahead, but his race quickly got worse. As he was coming back on the track he collided with Alonso in turn four. As a result, he received a drive through penalty and two points on his license. He spent the rest of the race in last of the running cars.

On a weekend where Ferrari were competitive again, two mistakes by Vettel allowed Hamilton to increase his championship lead. First came a three-place grid penalty for failing to slow sufficiently under red flag conditions. Qualifying went better, though he was infuriated to fall 0.061s short of Hamilton, and the penalty left him fifth.

Mistake number two came within seconds of the start: He passed Ricciardo on the back straight but ran wide at turn 12, allowing Ricciardo a look-in. The two banged wheels and Vettel came off worse, spinning down to 15th by the end of the first lap. He made his way back through the field quick enough to overtake Bottas during the final laps of the race, but missed out on a very good chance at the win.

Bottas failed to out-qualify Hamilton again and was four tenths off of his pole time. In his first stint he was unable to keep up with Raikkonen and Hamilton and fell victim to Verstappen’s undercut as he charged from the back. He spent the rest of the race by himself, only letting his team mate through on a different strategy. In the final laps Vettel caught back up and got by with a lunge down the inside into turn 11.

Hamilton seemed to be in control as usual after grabbing pole in qualifying, but quickly lost his advantage into turn one. He gambled on the early stop under VSC but suffered severe rear tyre blisters and had to pit again. He came out behind Bottas, who quickly let him through (for the second time) and chased down Verstappen and Raikkonen. But a late attempt to pass the Red Bull left him third, and put his championship celebrations on hold.

Hulkenberg finished best of the rest with his team mate, Sainz right behind. Despite starting on different tyres they ran a similar one stop strategy, both switching to the softs for the second stint.

Ocon and Magnussen finished behind them, but were disqualified following the race. This promoted Ericsson to tenth and Perez to eighth. The Sauber and Force India drivers both took advantage of the, faster, one stop strategy on their way to the points.

Vandoorne was out-qualified by Alonso for the 22nd race in a row, but managed to finish the race ahead of him thanks to the Spaniard’s retirement after being punted off the track at turn four.

Gasly struggled after starting from the back and choosing to stop under the VSC which ended up being slower.

Grosjean and Leclerc tangled into turn 11 on lap one and both suffered damage that would eventually force them to retire. Grosjean was deemed responsible for the collision and was handed a three-place grid penalty this weekend and one point on his license.

Ricciardo retired on lap eight when his power unit failed abruptly, which forced the deployment of the VSC.