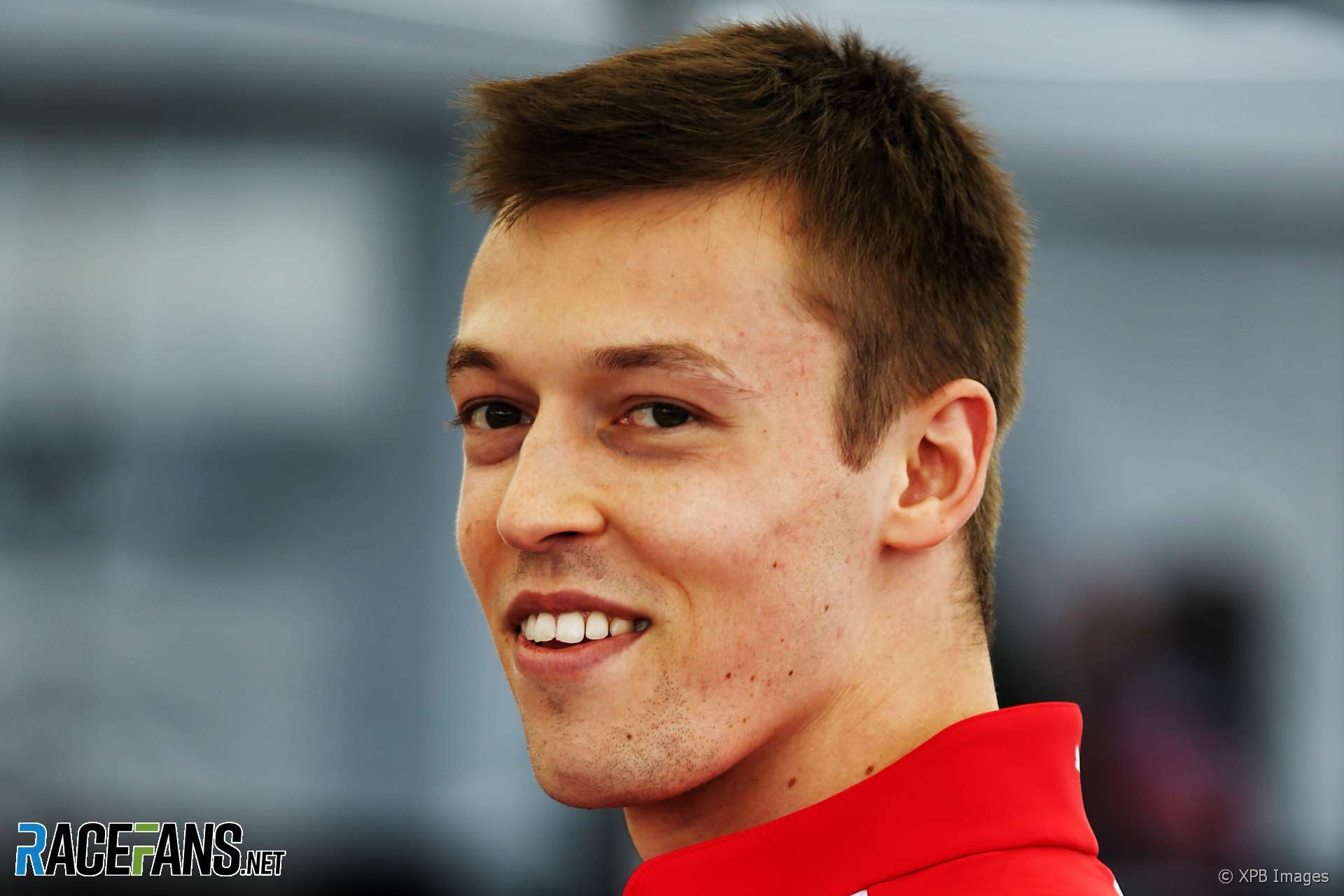 Daniil Kvyat’s return to Formula 1 with Toro Rosso has been confirmed by the team.

Toro Rosso announced on Saturday Kvyat will return to take the place of Pierre Gasly, who is moving to Red Bull next year.

It will be Kvyat’s third stint with the team. The 24-year-old made his debut for Toro Rosso in 2014 before being promoted to Red Bull. He rejoined the team four races into 2016 after losing his seat at Red Bull and remained with them until last year’s United States Grand Prix, when he was dropped.

“Daniil is a high skilled driver with fantastic natural speed, which he has proven several times in his career. There were some difficult situations he had to face in the past, but I’m convinced that having had time to mature as a person away from the races will help him show his undeniable capabilities on track.”

Kvyat thanked the team for giving him a chance to return.

“I am particularly pleased to be returning to a team I know very well. Toro Rosso has always made me feel at home and I’m sure it will still be the same next season.”

Since losing his seat at Toro Rosso last year Kvyat has worked on Ferrari;s simulator programme.

“I would also like to thank Ferrari for trusting my driving skills which allowed me to stay connected to F1 as their development driver,” he said. “Even if my duties were primarily simulator based, I’ve learnt a lot, and I now feel stronger and better prepared than when I left Toro Rosso.

“I never gave up hope of racing again, I am still young and I have kept in good shape to always be prepared in case another opportunity presented itself. I will give my best to deliver what the team expects from me and I can’t wait for everything to start again.”

Toro Rosso has not announced who Kvyat’s team mate next year will be. It has an option on the services of current driver Brendon Hartley.

RaceFans understands Sean Gelael will again drive for the team during practice at the United States Grand Prix. However his lack of the necessary superlicence points means he is unlikely to be a candidate for a 2019 seat.

This article will be updated.