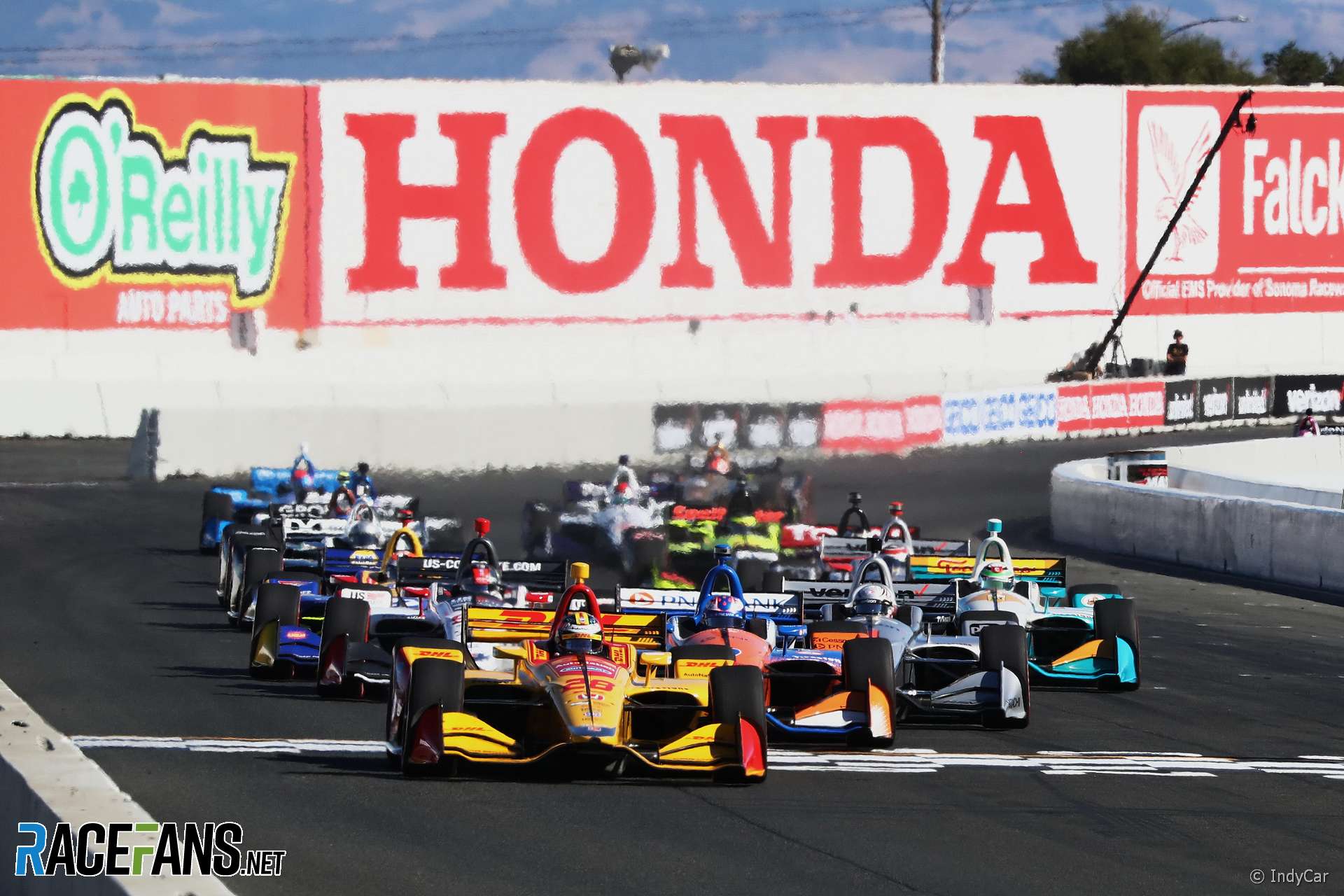 Catch up on video highlights of last weekend’s racing action in Weekend Racing Wrap including the IndyCar championship-decider at Sonoma, Jenson Button in action in Japanese Super GT, a punishing World Rally of Turkery, a chaotic start to NASCAR’s play-offs and more.

Results spoilers are hidden by default. Use the buttons below to reveal race reports.

Show Super GT race report
While Yamamoto lost the lead to Jann Mardenborough early in the race, after the driver changes Button overtook Daiki Sasaki to the lead. Button hung on to take the win, his first in the category, and put the NSX pair into the championship lead.

Runaway championship leader Johan Kristoffersson arrived in Latvia looking to increase his stranglehold on the championship.

Show World Rallycross Championship race report
Having taken pole position for the final, Kristoffersson duly delivered his eighth win of the year in round nine, leaving him poised to clinch the title.

Thierry Neuville arrived in Turkey with a 23-point lead over Sebastien Ogier.

Scott Dixon, Alexander Rossi, Will Power and Josef Newgarden arrived at the final race of the year with a shot at the championship.

Show IndyCar race report
The championship was as good as decided the moment the race began when Rossi, the only real threat to Dixon, hit team mate Marco Andretti and had to pit for a new nose. He fought through the field with tremendous verve following a fortunately-timed caution period, but never looked like getting on terms with Dixon. Ryan Hunter-Reay dominated the race while Dixon put a lock on his fifth championship.

🎥 ICYMI: All the action from the opener at Silverstone yesterday in 60 seconds or so… #BTCC pic.twitter.com/mAwIaLBUbh

BMW’s Colin Turkington arrived at the penultiamte triple-header weekend of the year with a 43-point lead over Speedworks’ Tom Ingram.

Show British Touring Car Championship race report
The Fords led the way in race one but a race two victory for Ingram and second place ahead of Turkington in race three closed up the championship fight.

The first phase of the Chase began as the championship returned to Las Vegas.

Show NASCAR Cup race report
A chaotic race punctuated by crashes saw Brad Keselowski take his third win in a row and the 500th for the Penske organisation.

What racing action did you watch last weekend? Let us know in the comments.