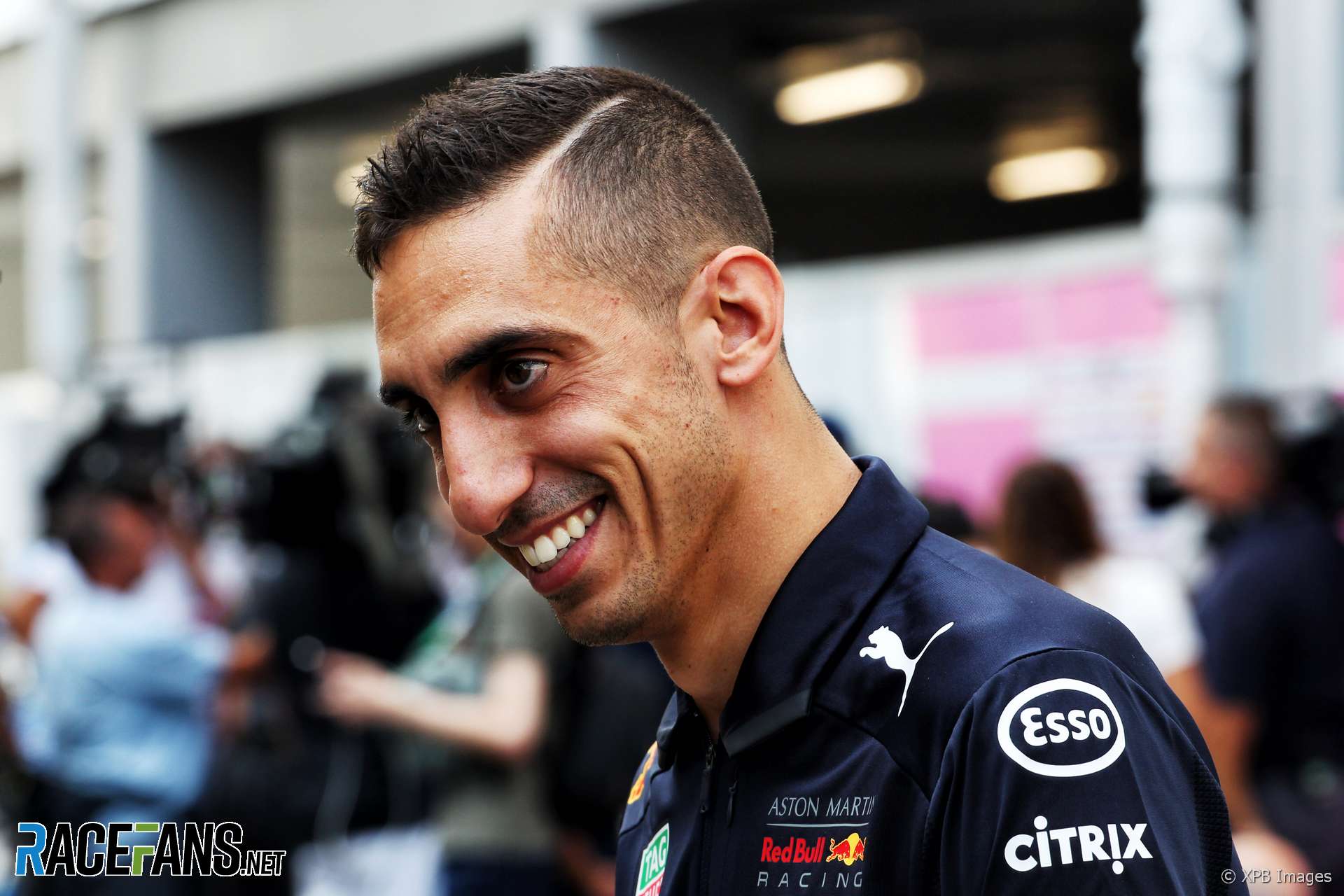 Sebastien Buemi will not return to Formula 1 next year as he has extended his stay in Formula E.

The 2015/16 Formula E champion will continue to drive for the E.Dams team, whose cars are now branded by Nissan instead of the Japanese manufacturer’s alliance partner Renault.

Buemi, who drove for Toro Rosso in F1 between 2009 and 2011, is Red Bull’s test and reserve driver. His presence in the paddock at last weekend’s Singapore Grand Prix (pictured) prompted speculation Red Bull was considering a role for him at his former team, which has at least one vacant seat for the 2019 F1 season, and is known to be considering many options.

However several of next year’s Formula E races clash with rounds on the 2019 F1 calendar, ruling out an F1 return for Buemi.

The 29-year-old will be joined at Nissan E.Dams by Formula Two racer Alexander Albon, who will make his Formula E debut at December’s curtain-raiser in Saudi Arabia. Albon tested for Renault E.Dams earlier this year.

E.Dams team principal Jean-Paul Driot said: “Sebastien has been an important part of the E.Dams team since our first Formula E race four years ago in China.

“We know Alex well from his performances with DAMS in Formula Two, and we’re excited to bring his talent into the Formula E championship.”