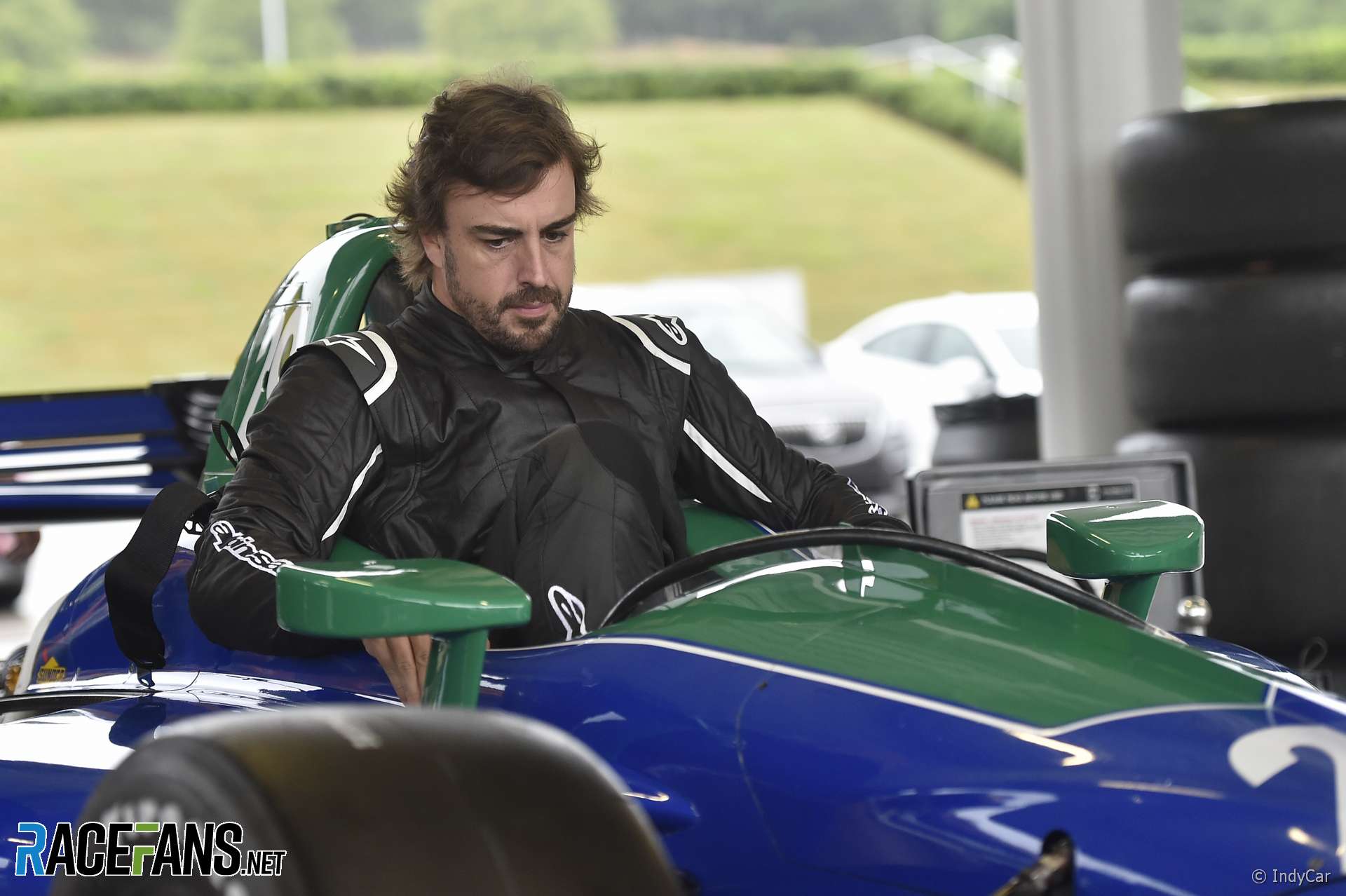 Suggestions that HPD, Honda’s North American motorsport arm, is jibbing at supply engines to an IndyCar entry linked to Fernando Alonso – and, by extension, McLaren – are no surprise given the public humiliation the Japanese motor company suffered during their truncated F1 partnership. Given the background, said suggestions are not only fathomable, but utterly logical.

It may be an understatement to say Honda’s F1 engines were initially sub-standard in terms of power and reliability. But, as we suspected then and know now, McLaren’s hardware was not up to scratch either. Indeed, in this era of overly complex power units, the one commodity Honda truly needed upon its return to F1 was tolerant co-operation, and that was blatantly conspicuous by its absence on the parts of both McLaren and its star driver.

During a recent McLaren press session I asked whether Alonso’s history with Honda could force him to run with Chevrolet power units, and whether any Honda deal would not bring him into direct conflict with Toyota, with whom he holds a WEC contract through to the end of June 2019. The answers were non-committal – as expected – which spoke volumes.

The fact is that this highly gifted driver, arguably the best in the sport, has regularly backed himself into corners during his career. McLaren may have forgiven his role in ‘Spygate’, but it can hardly be coincidental that since the scandal one of the sport’s top drivers has not been in the (serious) running for a drive with a Mercedes-powered team.

Remember: at the time the Triple Pointed Star was not only McLaren’s engine supplier, but also a 40% partner in the company – and thus, crucially, directly carried 40% of the draconian $100m fine levied by the FIA, at the time presided over by Max Mosley, in turn no great fan of the team’s then-boss Ron Dennis. Mercedes main board members clearly have long memories.

And consider: since ‘Crashgate’ broke in August 2009, Alonso has not been on the radar of Renault. True, the company withdrew in the wake of arguably F1’s greatest-ever scandal, but has had three opportunities to re-sign Alonso since returning to F1 in 2016 – yet their 2005/6 champion was never in serious contention for a seat. Renault main board members clearly have long memories too.

Was Alonso simply badly served by coincidence by being at the heart of two major F1 scandals within as many years?

In the run-up to the Belgian Grand Prix, Red Bull boss Christian Horner gave his explanation for not considering Alonso as a possible replacement for Daniel Ricciardo. “He’s a great driver, a fantastic driver,” said Horner, but it was “very difficult to see [him joining Red Bull], and he’s tended to cause a bit of chaos wherever he’s gone.”

Understandably Alonso took exception to Horner’s comments and pointed to various negotiations – Horner maintains there was but one such occasion, in 2007, when Alonso was on the driver market after “Spygate”. Either coincidence has (again) been unkind to Alonso, or there is some truth (at least) to Horner’s allegation.

But Horner’s remarks have the ring of truth. Every F1 team boss Alonso has driven for save Paul Stoddard (who owned Minardi, and thus could not be fired), lost his job during Alonso’s tenure with that team: Renault’s Flavio Briatore (also his manager), Ferrari’s Stefano Domenicali and Marco Mattiacci, McLaren’s Martin Whitmarsh, Ron Dennis and Eric Boullier. One could also add the names of more than a few senior engineers to this roll call.

Earlier this month Alonso tested a Honda-powered – but not Honda-stickered – Andretti IndyCar. Rumours persist that his fractured relationship with Honda means that if he does join the series it will be at the wheel of a Harding-run, Chevrolet-powered machine, potentially with input from Andretti and McLaren staff.

But there are complications, not least Andretti’s contract with Honda for the rest of its four-car operation. Meanwhile Alonso has been dropping hints on social media about interest in other championships.

Was his video stunt with NASCAR champion Jimmie Johnson a calculated plot to remind IndyCar they are at risk of losing this star draw to their number one US rival? The thought of seeing one of the world’s best single-seater drivers oval racing not in an IndyCar, but in Detroit heavy metal, is anathema to some.

And it may not be Detroit heavy metal but Japanese (financed) steel. Given his WEC contract with Toyota and stated aim of winning the endurance championship to add to his two F1 world titles and recent Le Mans victory, it would make sense for Alonso to throw his lot in with current NASCAR front runners Toyota for 2019, then gear up for a full IndyCar season (and perhaps select NASCAR outings) with a Chevy team in 2020.

While it would tick all the boxes by enabling him to “become the best [all round] driver in the world”, it would also leave McLaren totally out of Alonso’s USA loop. Though that could ultimately prove to be the McLaren management team’s saving grace.

During McLaren’s Monza press briefing, I listed all team bosses who had lost their respective jobs while Alonso drove for them, then requested comment. He grinned broadly, then pointed at McLaren sporting director Gil de Ferran, “He’s next.” Beware coincidence, Gil, and have a short memory…

As Alonso prepares to bid farewell to F1 at the end of the year, some have blamed the state of the sport for losing one of its top drivers. But the bottom line is that the job of drivers is to master the F1 of their era: technologies, circuits, competition and politics. Alonso mastered that list, save for the final (and perhaps most crucial component), and thus failed himself, and by extension F1. Not the other way around.

130 comments on “Another burned bridge could drive Alonso to NASCAR”