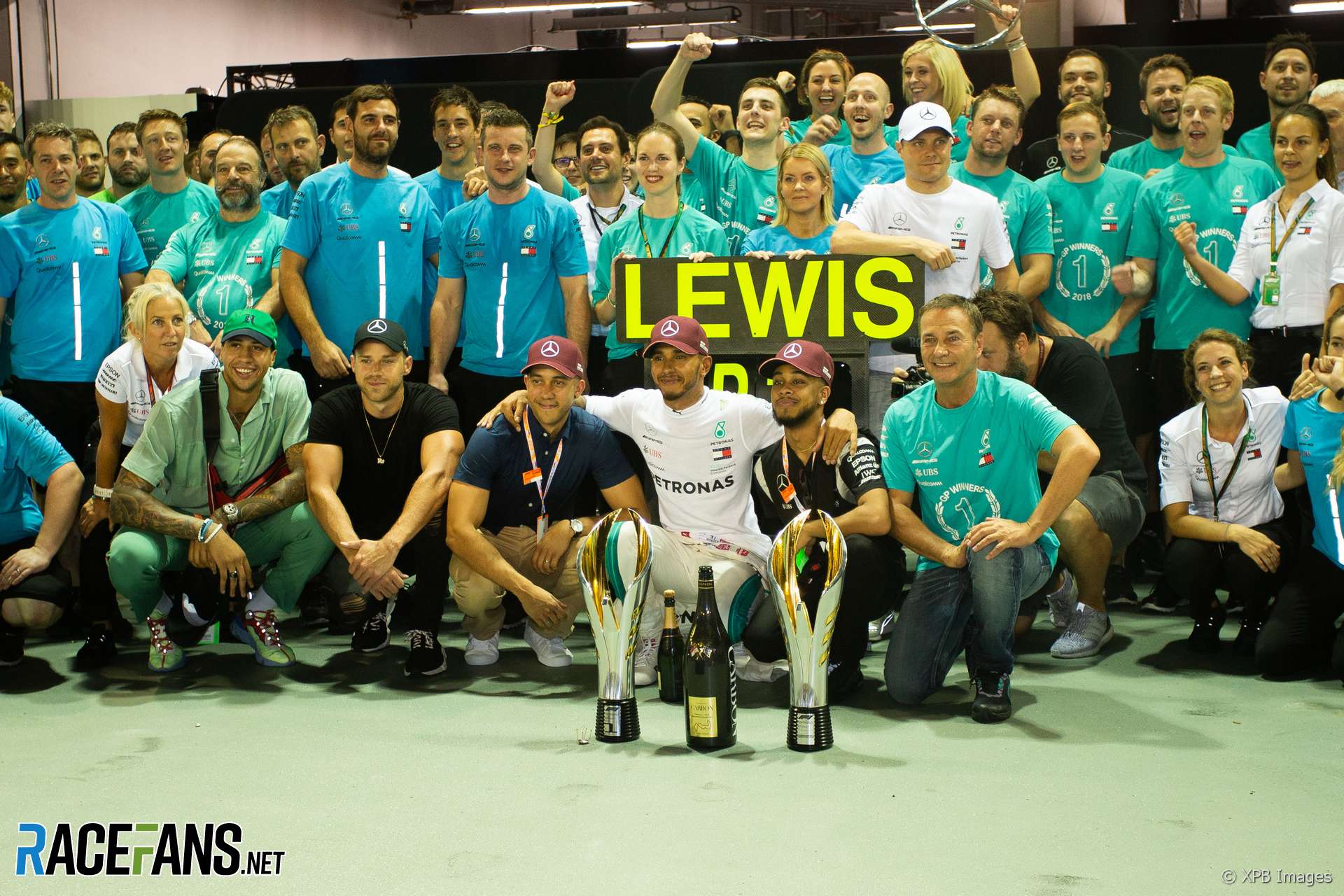 The Mercedes driver has pulled out a 40-point lead over Sebastian Vettel in the championship fight by winning four of the last five races. Vettel has encountered problems such as spinning after contact in the Italian Grand Prix and dropping behind Max Verstappen during today’s race.

But Hamilton doesn’t believe this has been a case of fortune favouring Mercedes.

“I don’t see it as we’ve ‘lucked in’,” he said. “When Vettel hit the wall the other day [Friday] and damaged the car and lost running on the track, that’s not us ‘lucking in’.

“I take a lot of pride in making sure that I don’t put myself in those positions and I know I’ve got a the team relying on me as his team’s relying on him and Kimi. There’s a lot of pressure on us as drivers and athletes. There’s only small percentages you get wrong and it has bigger ramifications.”

The gains Mercedes have made in recent races have been largely down to understanding their car better rather than improving it, said Hamilton.

“We haven’t brought any upgrades. We brought an upgrade to Monza, we didn’t bring an upgrade here. But naturally we’re always working on our understanding on a technical side to try and improve. For example ride height, a few little things we’re just tweaking and trying to maximise from my understanding of the races.

“I think ultimately we are over-delivering. Our car’s true pace is 100 and we’re pulling out 102. That’s an awesome, feeling.

“If you could see I just had this meeting with the guys, you could just see the energy with everyone. it’s really, for me, I find it really inspiring. Considering I’ve been with the guys for six years they could be like ‘let’s get over and done with it, we’ve won tons of races’ but they’re not.

“I said ‘have you got any questions for me’, because I encourage them to ask questions after a debrief and they dig deep and they find questions and so the rapport I think more than ever the communication has really been an improvement this year.”

9 comments on “Hamilton: Mercedes haven’t “lucked in” with Ferrari’s setbacks”