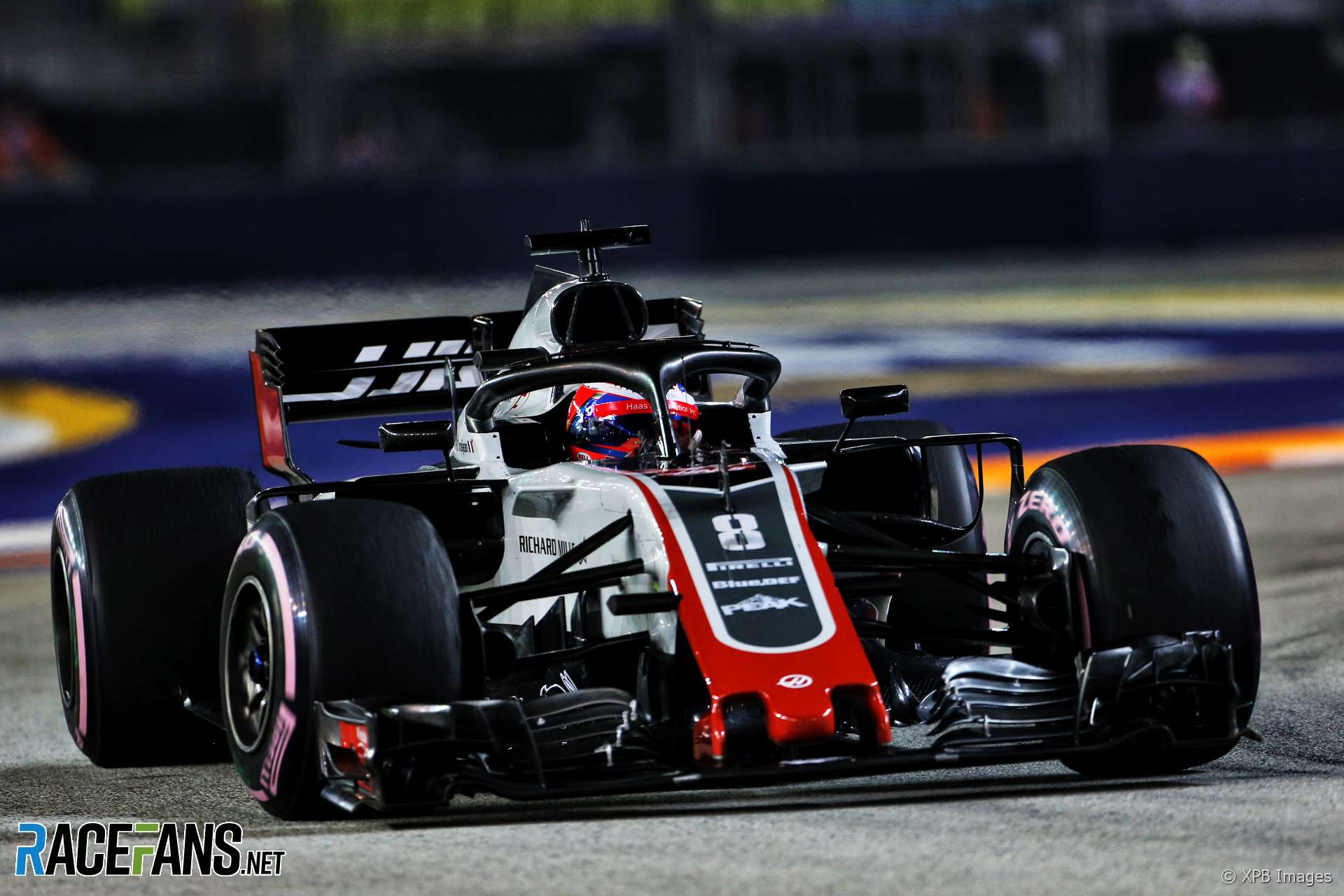 Romain Grosjean is in danger of picking up a race ban if he incurs another penalty before the end of the season.

The Haas driver was given two penalty points for an incident in today’s race, moving him onto a total of nine. Drivers are automatically given one-race bans if they reach 12 penalty points in a 12-month period, and the most severe incidents have been punished with up to three penalty points.

Grosjean will not have any penalty points deducted from his total until the end of next month. He will lose one point on October 29th and a further two points on November 12th.

He was penalised for failing to observe blue flags when race leader Lewis Hamilton caught him during today’s race.

Grosjean was banned from taking part in the 2012 Italian Grand Prix after being found to have triggered a multi-car crash in the previous race at Spa-Francorchamps. This is the last occasion an F1 driver was given a ban, and it prompted the introduction of the penalty points system.

Sergey Sirotkin was also given two penalty points for forcing Brendon Hartley off the track during the race. He is now on a total of six.

The stewards cleared Force India drivers Esteban Ocon and Sergio Perez over their first lap clash and also took no action against Kevin Magnussen over his incident with Brendon Hartley.

34 comments on “Grosjean at risk of ban after latest penalty”