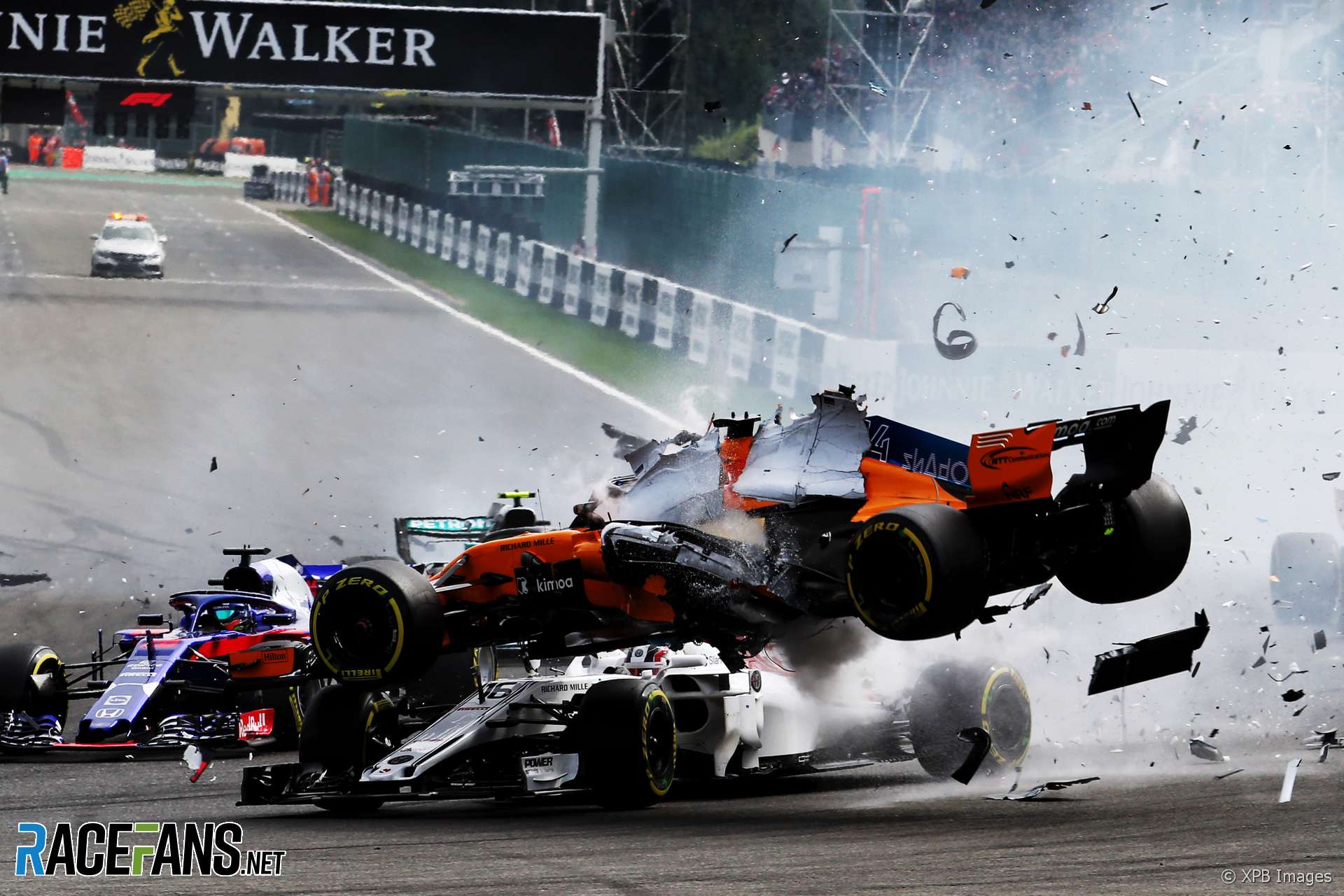 Fernando Alonso says he is still suffering pain from the hand he injured in his crash at the Belgian Grand Prix as he heads into a busy phase of his dual 2018 campaign.

He will contest nine events over the next 11 weekends as he resumes World Endurance Championship duties for Toyota alongside his final races as an F1 driver. Alonso had a similar run of races earlier in the year but expects this will be even more demanding.

“I think this is going to be a little bit more difficult just because the races are not that close,” he said.

“When I did eight consecutive weekends they were Silverstone, Paul Ricard, Austria, Le Mans so they were all in the same place in Europe. Now in Japan, in Austin, Brazil, China, Abu Dhabi, I think it’s going to be a little bit more demanding.

“It’s going to be tough. I’m hopefully prepared and I will try to do my best.”

Alonso said he will have further checks on his injured hand following this weekend’s race. “I thought that it could be OK by now but it’s more or less in the same level of pain,” he said. “It’s strange.”

However he doesn’t expect it will cause him problems in this weekend’s race. “When driving I think with adrenaline and everything you don’t feel it at all. In the normal day things, cleaning teeth, you feel some pain.”