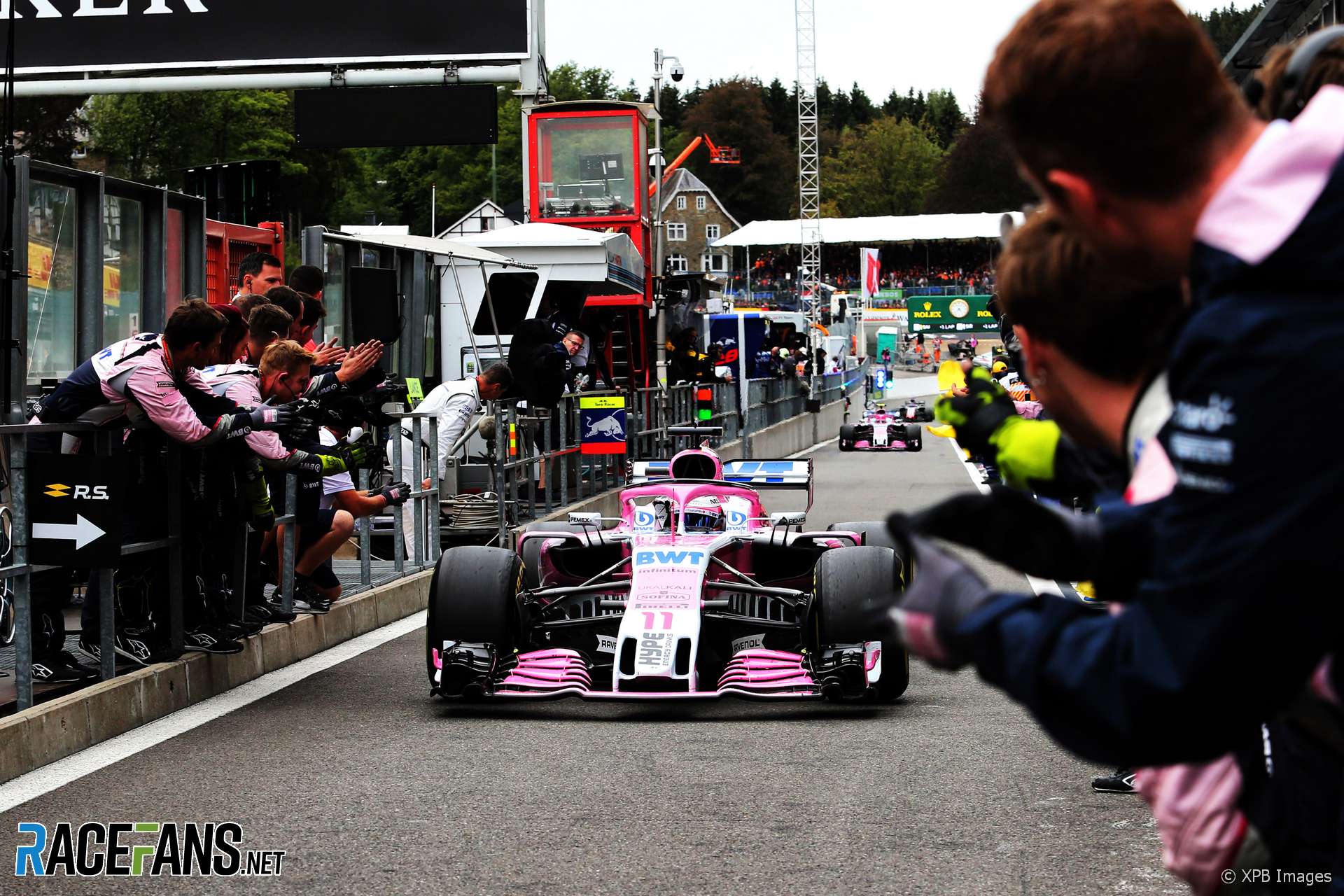 In the round-up: FIA race director Charlie Whiting says he understands why Formula 1 fans who visited the Belgian Grand Prix felt “deprived” by the lack of a victory lap.

Spa, the longest track on the F1 calendar, is is the only venue where there is no victory lap. Whiting explained this was not done out of a desire to begin the podium ceremony more quickly for the benefit of television, but out of security concerns.

It was done for security reason. Whether those arguments are still valid I don’t know. We’ve not had anybody say anything about the procedure, the teams are quite happy with it, TV is quite happy with it. But I fully understand why fans feel they’ve been deprived. I’ve never heard of any complaints.

I think it’s something we should take up with the promoter because it’s purely down to the fact the promoter, some years ago now, said that they were concerned about keeping seven kilometres of track secure if all the crowd start jumping on it. It would be a long slowing down lap, it would take three or four minutes.

I always love seeing the BEST drivers getting a chance, without politics and bullshit – today is one of those days! Congrats @Charles_Leclerc !!! Now only missing a top seat for @OconEsteban!!! 🙏🏼😎

News that Kimi is returning to @SauberF1Team reminds me of that cold Thursday at the NEC in Jan 2001, when I was the 1st journo to interview him after he was confirmed as driver for the team. He wore a massive wrist watch; I had hair… pic.twitter.com/htPxijr8Tz

New @F1 game is coooool!!🎮
Racing mood on. Last few laps on Singapore before discovering it in real this weekend! ☺️ #F12018 pic.twitter.com/mam5wSEI0N

Very warm congratulations to you @Charles_Leclerc for this @ScuderiaFerrari drive you really deserve. Very difficult to beat you in @FIA_F2 👏 Congrats as well to your manager @NicolasTodt who did a fantastic job.

And NASCAR too (@austindillon3), though I had to look that one up.https://t.co/3m1hczXBxA

"It feels like we’ve been in a war zone, to be honest."

"No, I would not like to have Ocon because it means he would not be in Formula 1 and I think it would be a complete shame for Formula 1 to lose such a talent."

"I'm pleased Kimi is staying on but mostly I wish that Kimi had stepped aside at the top when he was revered, letting a young guy take his seat on the grid."

"As a media company, F1 owner Liberty can surely see the commercial benefits of Alexander Rossi and Josef Newgarden being allocated third cars (and a bit of testing) for Austin, or even Miami if ever it should happen."

We always endeavour to credit original sources. If you have a tip for a link to feature in the next RaceFans round-up please send it in here:

Kimi Raikkonen staying in F1 at Sauber is great for him, but is it good for the sport as a whole?

Nice to see Raikkonen stay on if that what he wants but I’m disappointed a seat at a lower midfield team is being taken by someone at the end of their career when there’s so many young drivers waiting for a spot.
@Cliffery