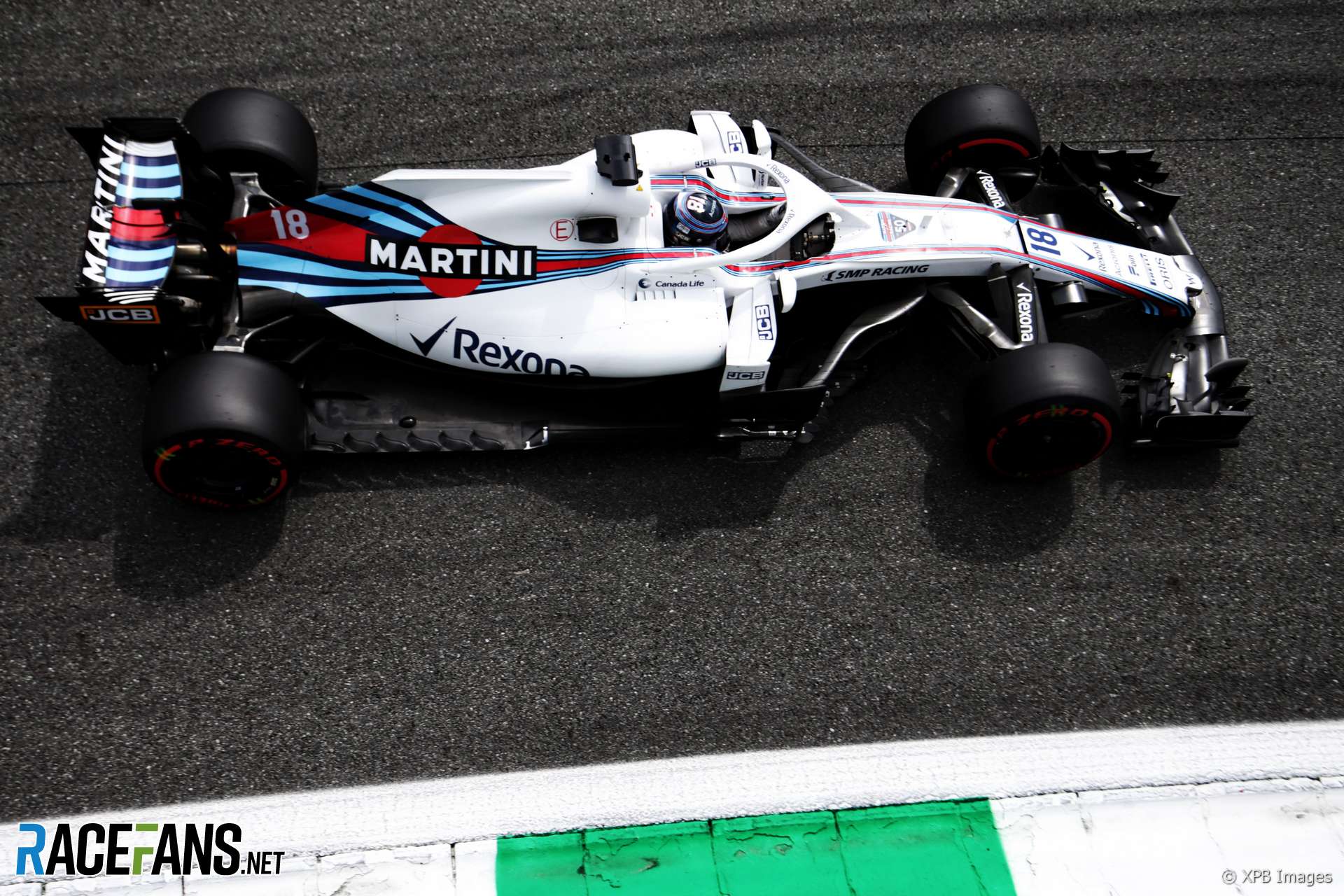 Williams will continue to manufacture its own gearboxes having decided against switching to Mercedes units for the 2019 F1 season.

Chief technical officer Paddy Lowe confirmed when asked by RaceFans the team had considered whether to purchase gearboxes from Mercedes along with their supply of power units.

“We’re not taking a Mercedes gearbox,” said Lowe. “We make our own gearbox. We’ll continue to do that.”

“We had some discussions but we concluded it wasn’t the right direction to go,” he added.

As of this season, Williams is the only team on the grid whose gearboxes are not made from carbon fibre. The FW41 has an aluminium gearbox.

Williams heads into this weekend’s race at Singapore having achieved its first two-car points finish of the season at Monza. Lance Stroll expects the Marina Bay street track will be a more difficult venue for the team.

“Singapoore’s going to be challenging, realistically,” he said. “But maybe we’ll show up and it’ll be better than expected. I’m going to stay positive going into Singapore.

“Last year we had a really bad qualifying and our pace was really poor but from 18th we finished eighth. It’s one of those tracks where carnage can happen, there’s always opportunities in Singapore. A bit of rain, you never know, like last year. I’ll go in there and do what I can to nail it again.”

20 comments on “Williams decides against Mercedes gearbox deal for 2019”