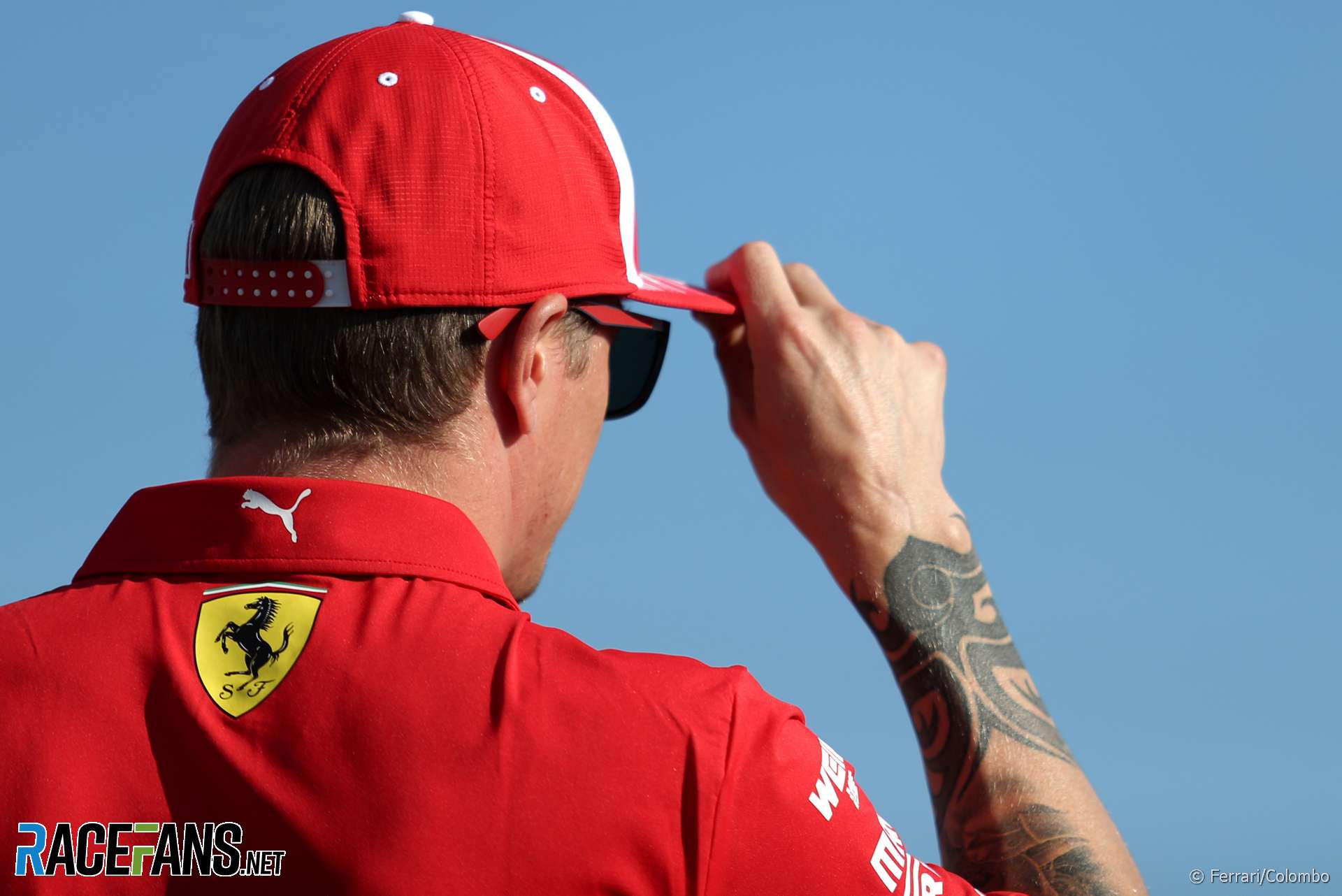 For the second time in his career, Kimi Raikkonen is about to become an ex-Ferrari driver. Has the team made a cool-headed decision about his lack of performance in recent seasons, or has sentimentality again led them to drop their most recent champion too hastily?

After all, the team didn’t need to sever Raikkonen’s contract early in 2009 when they hired Fernando Alonso. They could have kept him on at Felipe Massa’s expense. But that would have meant making the brutal call to drop Massa while he was out of action due to injury.

Similarly, there were rumours Raikkonen’s mid-season run of form this year, including podiums in all bar one of the last six races, might grant him a stay of execution at the Scuderia. New CEO Louis Carey Camilleri, who described Raikkonen as a “dear friend”, indicated at Monza the decision was yet to be taken.

But Camilleri’s predecessor Sergio Marchionne, who died unexpectedly earlier this year, was a strong supporter of Charles Leclerc. His preference for Leclerc to get the drive has been posthumously honoured. And few would dispute Leclerc, one of this year’s star drivers, deserves a chance in a front-running team.

But that doesn’t mean Raikkonen deserved to lose his seat. And Ferrari’s typically stark press releases – the statement announcing Leclerc ran to just 21 words – offered no justification for replacing the 20-time grand prix winner with a 14-time grand prix starter.

Raikkonen’s record since he returned to Ferrari in 2014 may offer a few clues. Has he performed better than Massa, his predecessor?

For all his qualities as a driver – and despite the fact 10 days ago he set the quickest lap Formula 1 has ever seen – you wouldn’t call Raikkonen a one-lap specialist. Race pace has always been his greater strength. So it wouldn’t be a surprise if he hadn’t quite measured up to his team mate in terms of qualifying pace.

In that respect there was little surprise when he returned alongside Alonso in 2014 and was hammered in qualifying much as Massa had been.

In terms of the qualifying score line, Raikkonen has fared considerably better against Vettel. In 2016, when Ferrari prioritised taking advantage of the 2017 rules change, he even beat Vettel over the full season.

But the trend has reversed since then. What we’re seeing this year is more like the situation Raikkonen was in alongside Alonso four years ago. He may have started ahead of Vettel in two of the last three races but this is very much against the run of play for the season so far.

Raikkonen’s ultimate contribution to Ferrari’s championship results is best measured in terms of the number of points he has scored. In no year since he returned to the team has he been their top scorer, but on the face of it he has done better than his predecessor.

Massa scored half Alonso’s points haul in his final three seasons. While Raikkonen did slightly worse in his first season back, from 2015 alongside Vettel he has

But this begs an obvious question: Is Raikkonen doing better than Massa, or is he being held to a less exacting standard by going up against Vettel instead of Alonso over the last four seasons? The numbers from 2014 make this a compelling argument. If Vettel hadn’t squandered so many points this year – in Baku, Paul Ricard, Hockenheim and Monza – it would be harder to make a case in favour of Raikkonen.

Another interpretation is that Ferrari is a team which has historically favoured one of its drivers more strongly than the other, most famously during the Michael Schumacher era. Does the fact Ferrari hasn’t won a race with both its drivers in a season since 2008 indicate they haven’t putting equal effort behind both its cars?

The bottom line is that since he returned to Ferrari in 2014 Raikkonen has had a race-winning car in three out of five seasons yet hasn’t scored a single win. However favourably we look upon his efforts, and recalling how easily he might have won in Monaco and Hungary last year, it’s hard to get past that stark fact.

It’s to Raikkonen’s credit that instead of hanging up his helmet he’s chosen to race on at Sauber. As his tenure at Lotus showed, give Raikkonen an unpolitical, no-nonsense team and a chassis he can work with, and he can deliver his very best. That may well be better than what we’ve seen of him since 2014.

Meanwhile Leclerc will move the other way, to Ferrari in Raikkonen’s place, and how he fares against Vettel will give further insight into whether Raikkonen truly has been hard done by.

86 comments on “Did Raikkonen deserve to lose his Ferrari seat?”