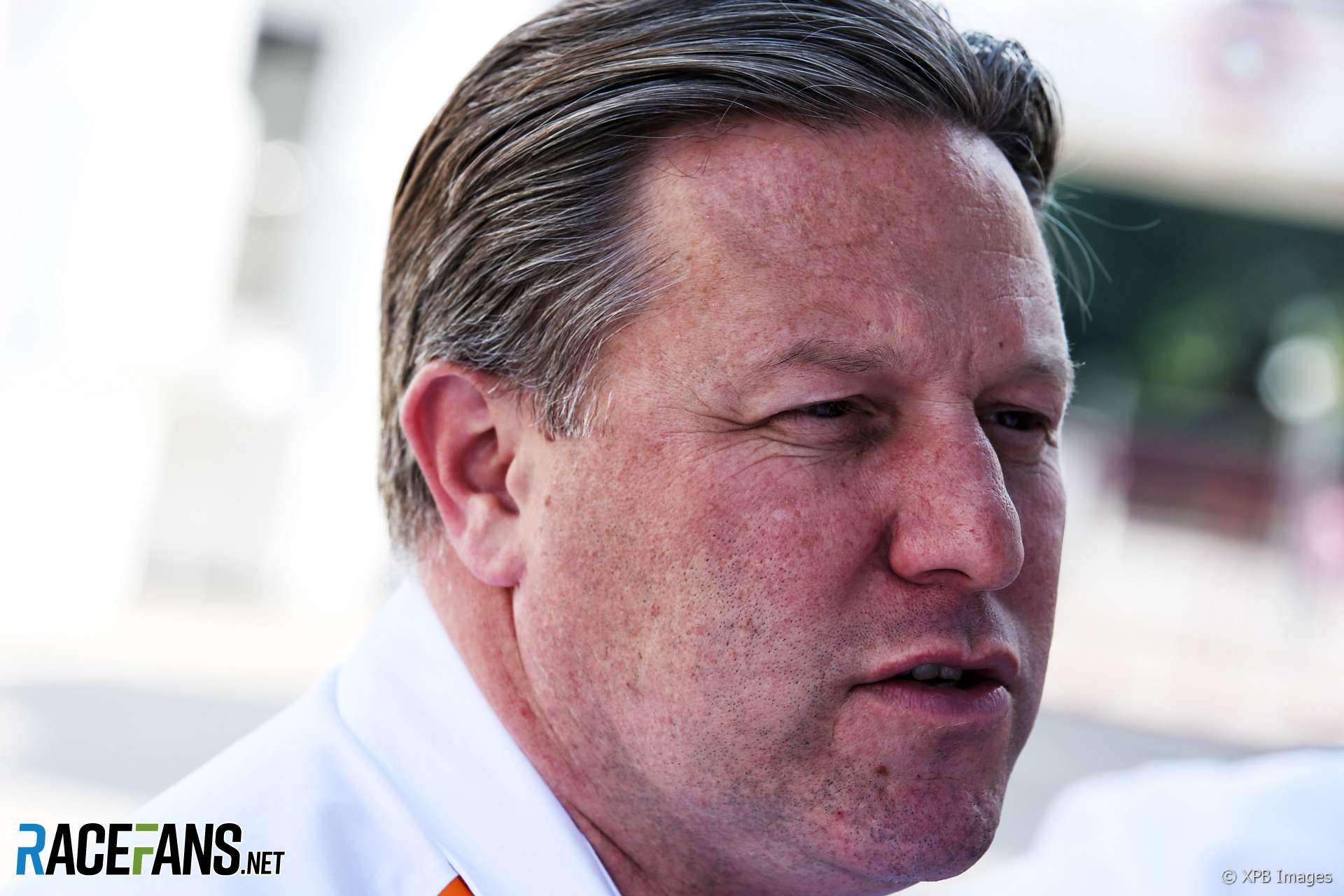 The team announced yesterday Norris will replace Stoffel Vandoorne in their line-up for 2019. Brown confirmed to media including RaceFans that Toro Rosso was among the teams looking to sign their 18-year-old test driver.

“We knew he would have been snapped up by another team,” said Brown, who denied the competition for Norris’s signature pressured them into offering him a race deal.

“We were ultimately always on an around-the-summer-break timeline so we weren’t pressured by that [and] didn’t make a decision driven by that but we’re fully aware that if he wasn’t going to be driving for us it would be someone else.”

“I assume it would have been Toro Rosso,” Brown added. “I think [there was], based on the phone calls I got, more than one team interested in him.”

Brown is part of Norris’s management team but he denied that played a role in the decision to sign him.

“I’ve been looking after Lando before I started at McLaren, before he came to McLaren” said Brown, who joined the team at the end of 2016.

“It’s been very transparent from day one with the shareholders what we do. I’m not the first person to have that type of relationship in the sport or in business and ultimately what you do is you put good governance in place and so in this instance the driver decisions, group decisions go up to ExCom [Executive Committee].”

Brown said he “recused myself” from the contract negotiations “so I’m not conflicted in any sort of negotiation and it’s quite relaxed around here.”

“He’s here on his merit and if he wasn’t here he’d be in another Formula 1 team.”