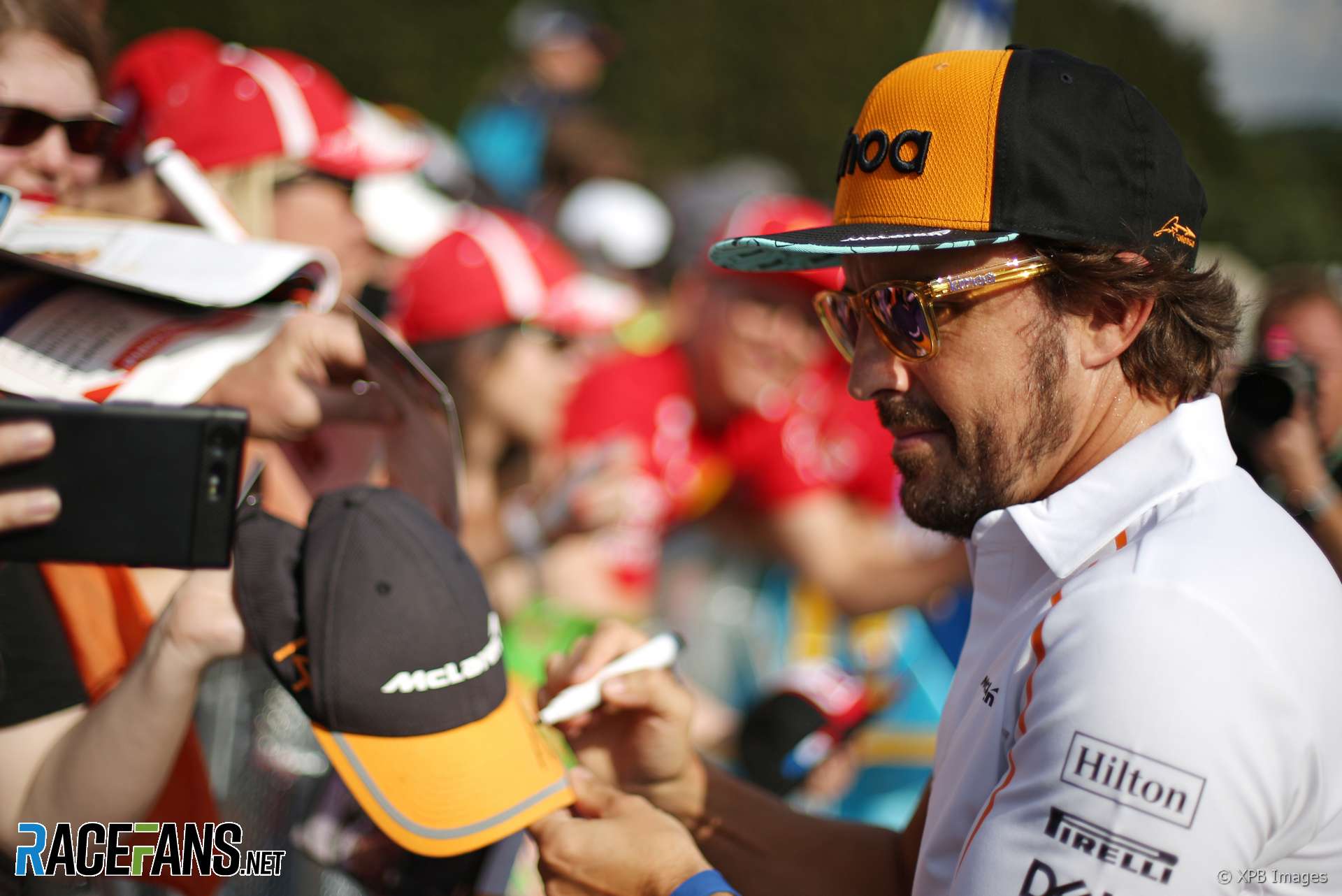 Fernando Alonso says he is already planning his next goal after winning the ‘Triple Crown’ of motorsport in his bid to become the greatest driver of all time.

The McLaren driver, who is leaving Formula 1 at the end of the year, is seeking victory in the Indianapolis 500 to go with his Monaco Grand Prix and Le Mans 24 Hour wins. That would make him only the second driver in history, after Graham Hill, to win the Triple Crown.

However Alonso told media at Spa yesterday: “I am more interested to be the first man in history. There are more challenges.”

“I am studying the possibilities,” he added. “If I do something, probably I will try do something that has been never done.”

Alonso didn’t indicate what other event or series he might be considering an attempt at. But he said his aim is to “be the best driver in the world. The best ever.”

The 37-year-old has pointed out several times that he can’t compete for the world championship if he is not in a front-running team. He believes other drivers in the midfield should consider racing outside F1 too.

“I am sure for some other drivers if they look outside they will find bigger challenges than the ones they have now here. Because what you have here is more or less what your car will give you the possibility to do.

“If there are guys here with ambition they will need to find something outside Formula 1. If they don’t have ambition they can drive here.”