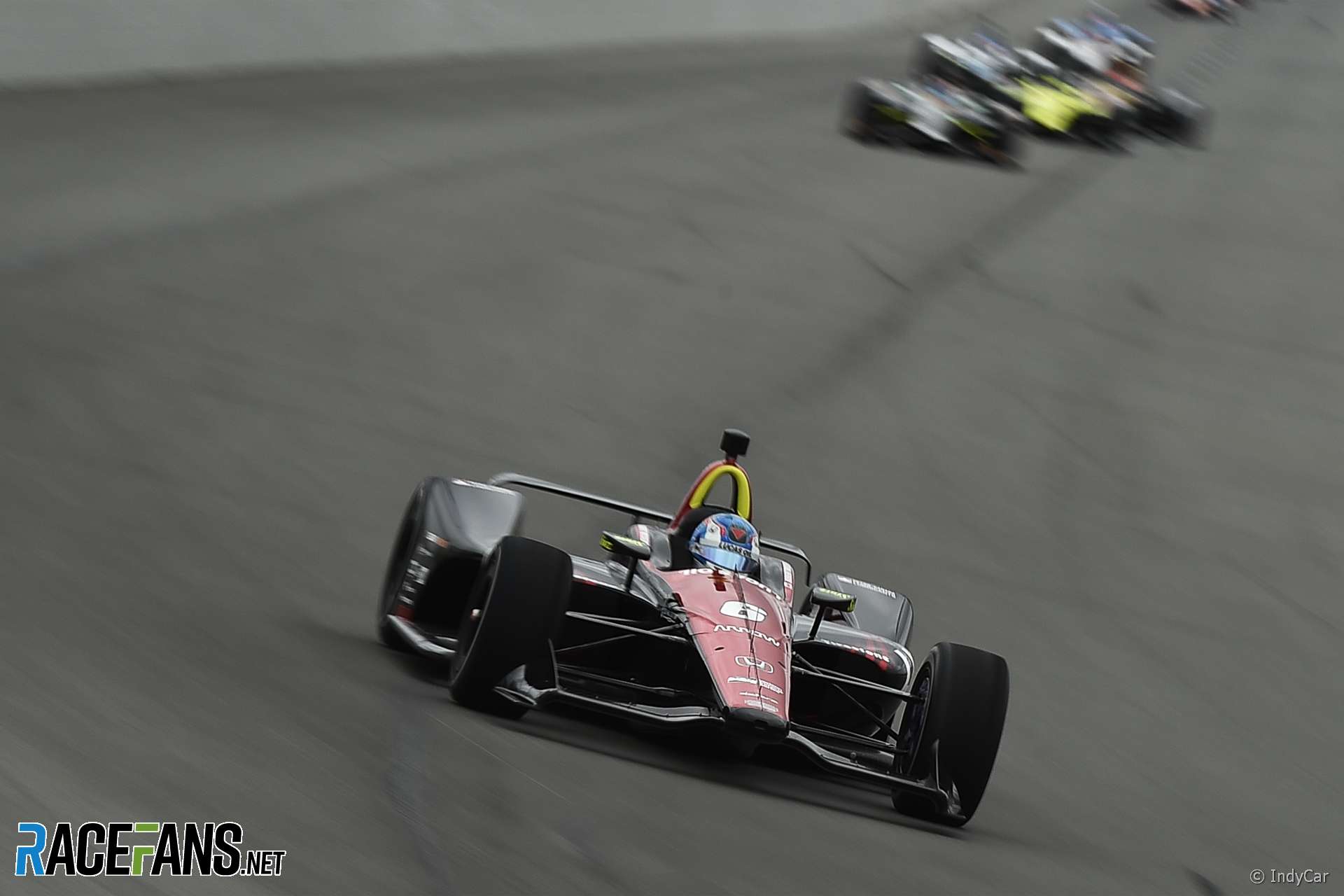 Fernando Alonso says he is prepared to accept the dangers of racing in IndyCar despite Robert Wickens’ serious crash at Pocono last weekend.

Wickens suffered back injuries and multiple fractures when he collided with Ryan Hunter-Reay at over 320kph and was launched into a debris fence. The last update on his condition issued by the series two days ago stated Wickens had suffered a spinal cord injury, the full extent of which is not known.

Alonso, who missed races due to injuries suffered in Formula 1 crashes in 2015 and 2016, said the risks involved in racing in IndyCar are not a major concern for him.

“Motorsport is dangerous,” said Alonso. “All kinds of forms, from go-karts to IndyCar.

“I will of course take into account those things also into my decision for the following year. But let’s say it’s not a big concern. Right now the biggest thing is to see and to check that Robert is OK and our prayers are with him now.

“You don’t feel that danger when you are driving but time to time you discover that this sport is always dangerous.”

Alonso is looking to arrange an IndyCar test before the end of the year but said it won’t necessarily inform his decision for 2019.

“It’s not a hundred percent but I would love to do [a test]. Already last year I had maybe the opportunity to test an IndyCar on a road course after [Indianapolis]. We didn’t find the time. Hopefully this time we’ll find it.

“It’s not related to what I’ll do next year, it just I love to drive cars and different cars and if I can test whatever I will try to fill in the calendar.”