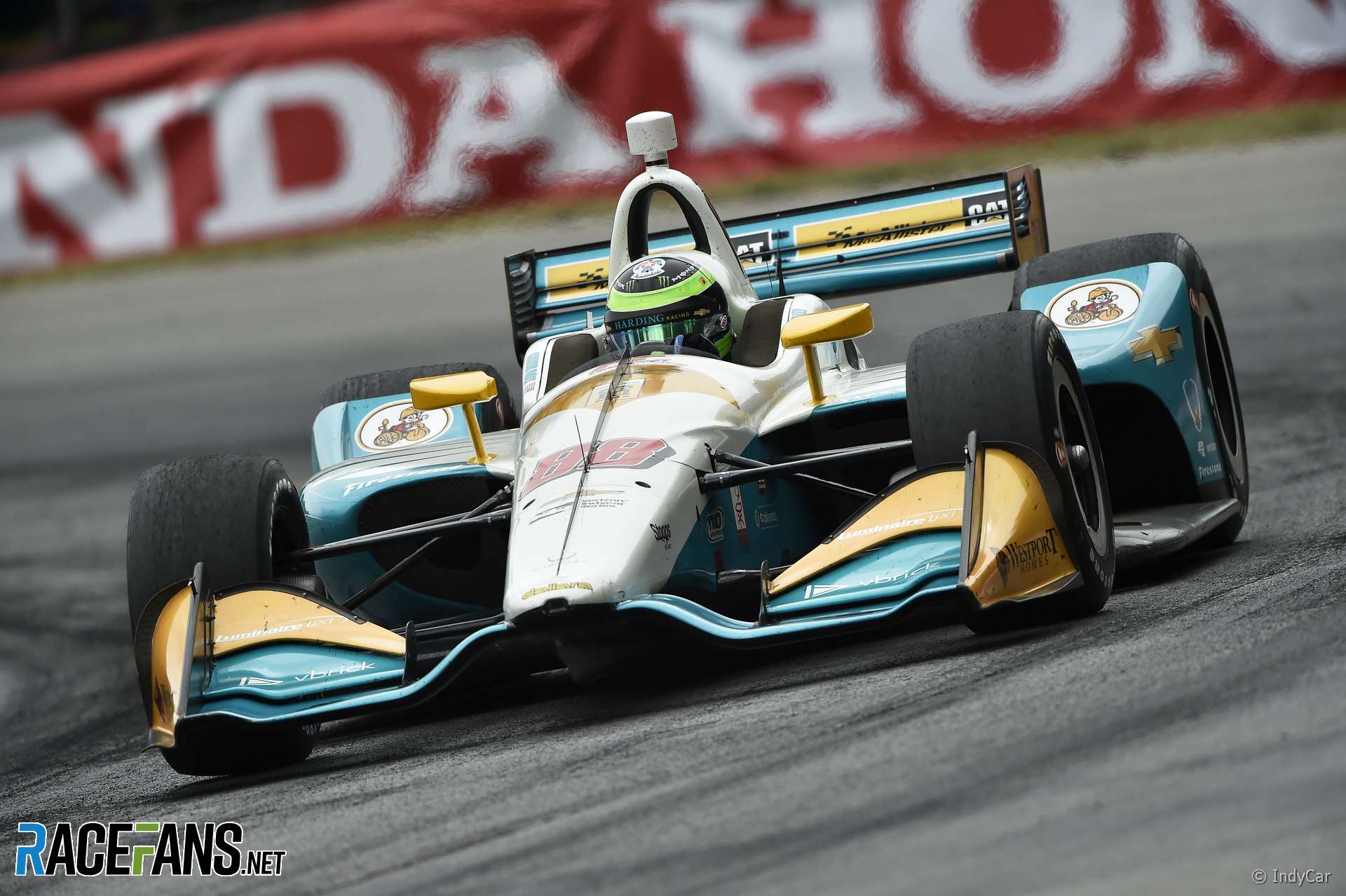 Fernando Alonso will have his first test in an IndyCar using the 2018 aero kit, according to a report by the championship’s official media partner.

Alonso confirmed on Tuesday he will not return to race in Formula 1 next year. Speculation surrounds a potential move to IndyCar which would give Alonso a chance of winning the Indianapolis 500, completing the ‘Triple Crown’ of wins in motorsport’s three most famous races.

The test is expected to take place at a road circuit in September. As IndyCar races are taking place on the next three weekends, Alonso’s test is likely to be scheduled between the penultimate race of the year at Portland on September 2nd and the final round at Sonoma on September 16th.

A full-time IndyCar switch for Alonso next year could come about in conjunction with McLaren, Andretti – who Alonso drove for in last year’s Indianapolis 500 – and Harding. The latter, a newcomer to the series, has been running a single-car entry this year for Gabby Chaves and, in the last two races, Conor Daly (pictured).

According to reports in Brazilian media yesterday a tie-up with Harding could allow Alonso to race Chevrolet engines instead of the Honda units which the rest of the Andretti team uses. Alonso had a troubled relationship with the Japanese manufacturer in F1, but did use Honda power during his one-off IndyCar appearances last year.

Honda have scored eight wins to Chevrolet’s five so far this year in IndyCar. However Chevrolet were much more competitive at Indianapolis, claiming the front four places on the grid and finishing one-two in the race, won by Penske’s Will Power.

The 2019 IndyCar calendar has not been announced yet. However it is unlikely to feature any clashes with the three World Endurance Championship races Alonso is already scheduled to take part in with Toyota.