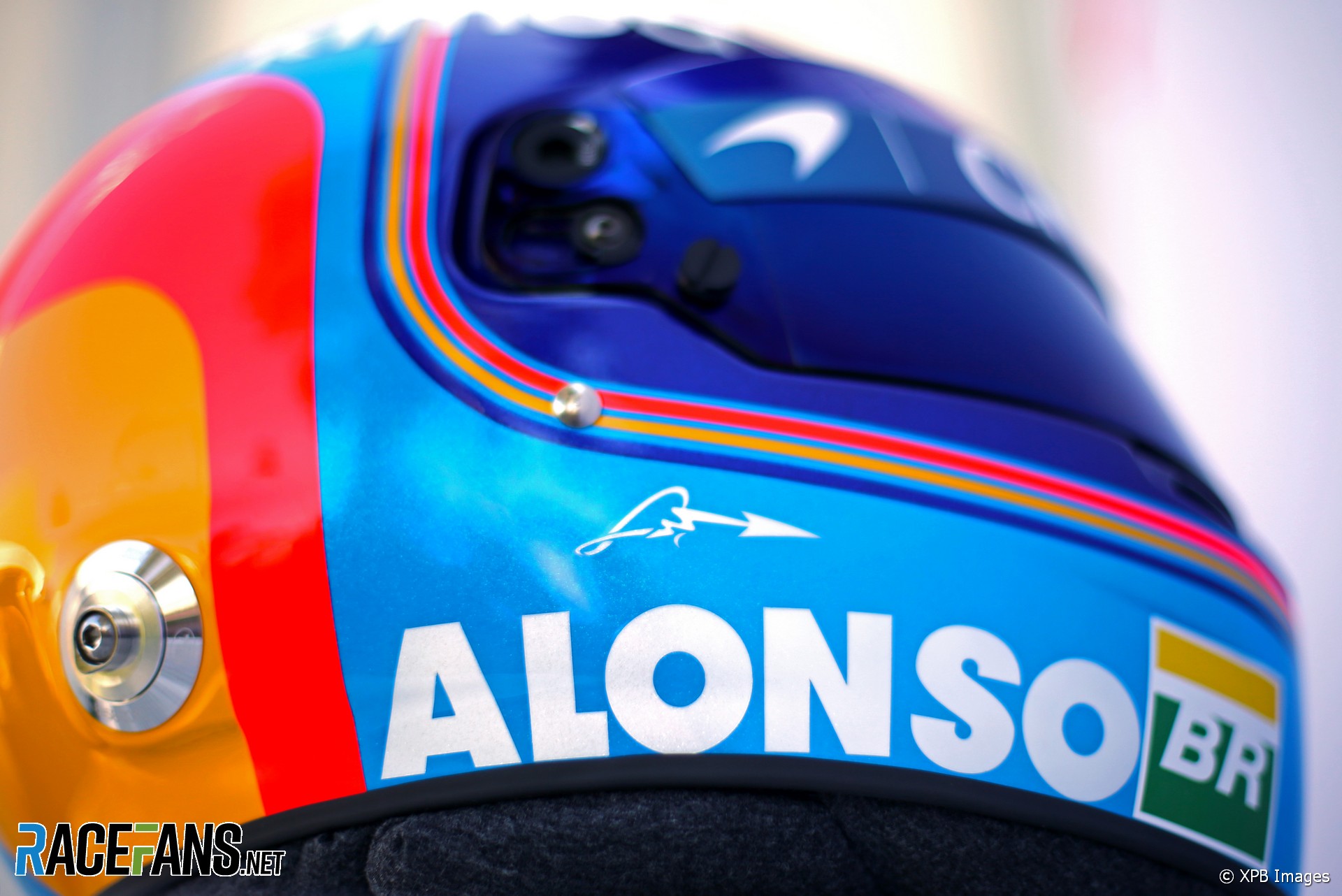 In recent months RaceFans has repeatedly prompted Fernando Alonso for clues about his plans for future seasons, in particular how long he intends to continue racing in Formula 1.

The implications of his decision could be profound. This is, after all, the driver who prompted the World Endurance Championship to move one of its races just for him. His decision to compete in the 2018-19 WEC ‘super-season’ with Toyota in addition to his McLaren F1 duties saw the team move the race at its home track so its star driver would be available.

As things stand, the sixth round of the 2018-19 WEC series will take place at Sebring on March 16th – the same day as qualifying for the first race on the 2019 F1 calendar. Which of those will Alonso be at? We’ve asked him twice, but he declined to answer both times.

But he did drop a hint about how long he intends to carry on racing in F1 when we asked him what he thought of plans to introduce 18-inch wheels for the 2021 season. “I will not be here in 2021 so I don’t care,” he said. Asked what he plans to do instead, Alonso mimed himself sitting on a sofa playing video games.

Having given that response in English he later took to social media and complained, in Spanish, that it had been taken literally when it was meant ironically. Make what you will of that ‘clarification’…

Alonso has been consistent about the timing of his decision. He intends to make a call during the summer break, which for him includes next week’s WEC round at Silverstone.

Does he want to spend another season in F1? It’s been over five years since he won a race and it’s hard to see him getting his hands on the equipment to challenge for race victories, let alone a third world title, next season.

When Alonso joined McLaren it was in the hope that reuniting with Honda would make them champions again. That has failed to materialise. By sticking with them for their first season with Renault, Alonso hoped they would be somewhere near Red Bull’s level, potentially able to take the occasional podium finish. But even that modest goal hasn’t been realised.

Now the team is embarking on a restructuring programme which could take years to realise. Is Alonso really willing to hang around that long for an outside chance of winning again?

If not, the odds aren’t good that anyone else is going to offer him a potentially race-winning car. Mercedes and Renault have filled their seats. Christian Horner says Alonso creates too much “chaos” for Red Bull.

That leaves Ferrari. Sebastian Vettel, who replaced Alonso three years ago, is on a long-term deal. Kimi Raikkonen’s seat is believed to be under threat from Charles Leclerc. But the unexpected death of Sergio Marchionne, who championed Leclerc’s cause, has left a question mark over their plans for next year.

Will new CEO Louis Carey Camilleri simply carry on where Marchionne left off? Or does he plan to make his mark from the outset? Has he taken note of the points Vettel squandered in Baku, Paul Ricard and Hockenheim and figured these are the kind of errors Alonso wouldn’t make? It’s a long shot, but nothing can ever be ruled out. After all, Ferrari took Raikkonen back after paying to get rid of him in 2009, and McLaren took Alonso back after Spygate.

But while McLaren is very unlikely to be able to offer him a race-winning car, they may be more willing to offer concessions regarding Alonso’s extra-curricular activities. Following his Le Mans 24 Hours victory this year, the Indianapolis 500 is the only remaining leg of the ‘triple crown’ Alonso covets.

If he’s going to make another attempt at winning it while still competing in F1, he will require a deal which allows him to skip the Monaco Grand Prix, as he did last year. Otherwise he’ll have to sit out a season of F1, in which case he may as well compete a full IndyCar season.

Alonso hasn’t ruled it out, but is it realistic? Doing the Indianapolis 500 as a one-off is one thing, but going up against IndyCar’s established stars on a densely-packed schedule of almost entirely unfamiliar tracks surely risks surely presents Alonso with more to lose than to gain.

In recent years Alonso has strongly criticised how Formula 1 has become dominated by a small handful of teams and the races have become predictable. Meanwhile IndyCar has had seven different winners from five different teams so far this year. If Alonso is inclined to put his money where his mouth is, IndyCar is the place for him.