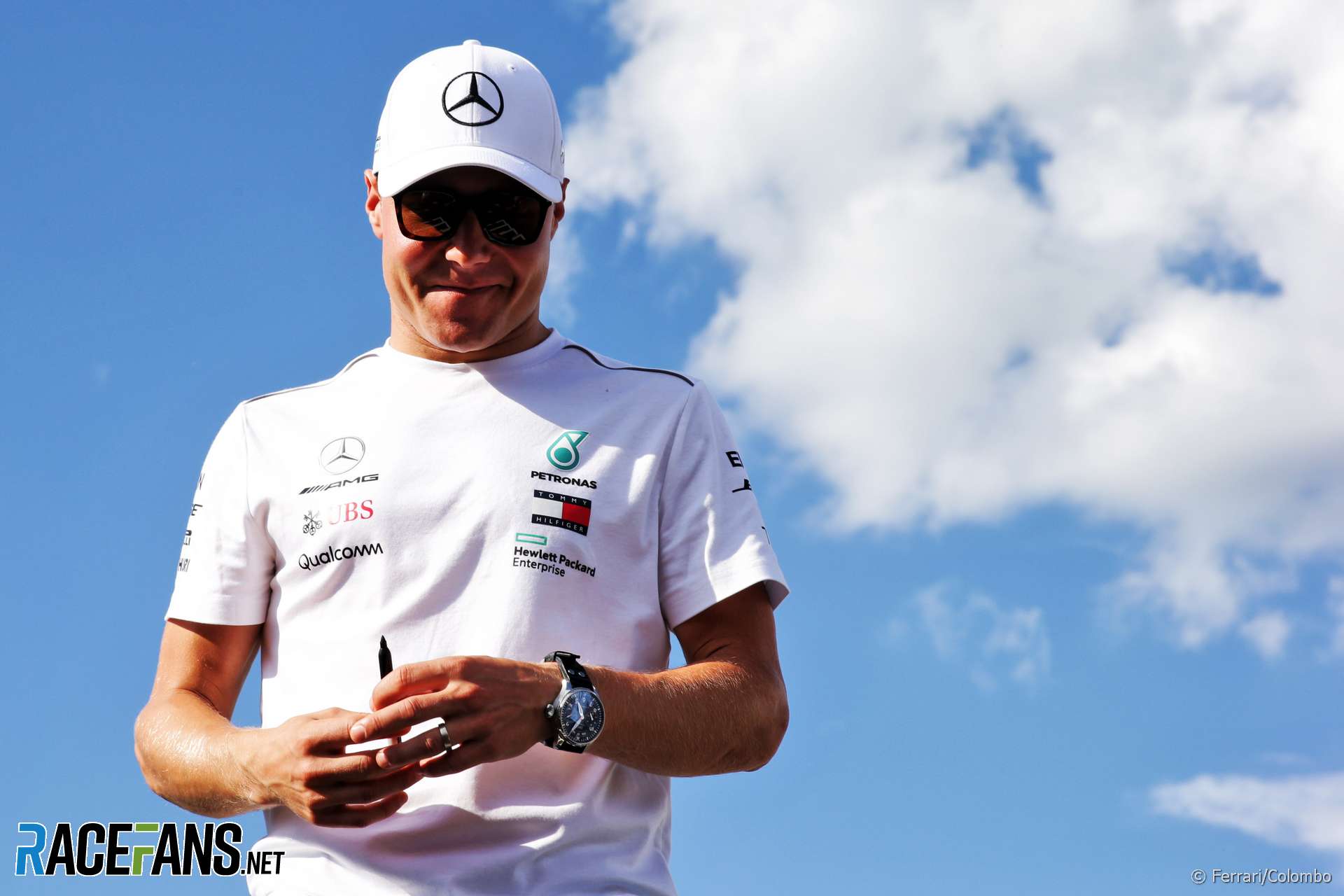 Valtteri Bottas has revealed he wasn’t aware his team mate Lewis Hamilton was potentially under threat of a penalty in the closing stages of the German Grand Prix.

Hamilton was told to keep his speed up in the final laps as his team were concerned he could receive a penalty for crossing a line at the pit lane entrance. Hamilton finished just over four seconds ahead of Bottas.

The minimum time penalty which can be issued under the rules is five seconds. However Bottas said he hadn’t kept within range of Hamilton in case his team mate should get a penalty.

“I wasn’t aware of his pit stop situation, that he had to go over the line,” Bottas Confirmed. “So that’s why I wasn’t really trying to be within one second because everything was pretty much set for us then. I wasn’t aware.”

The stewards did not announce Hamilton was under investigation until after the race.

Bottas had been told to hold position by Hamilton until the end of the race. However he believes they are still allowed to race each other.

“I do believe we are still allowed to race freely,” he said. “Obviously it always goes case by case but there’s no plan in place at the moment for me being at all in a support role.

“We are still on equal terms. That’s the plan for now. Obviously hopefully it will continue until the end of the year.”

Mercedes would have done the same had Bottas been leading, he said.

“I think with all the difficult races we had on the triple header, we lost so many points with different causes, and I kind of get the team’s decision after lap one.

“We were side by side a couple of times and they wanted to get those points. I am very confident they would have done the same if I was in the lead at that point.”