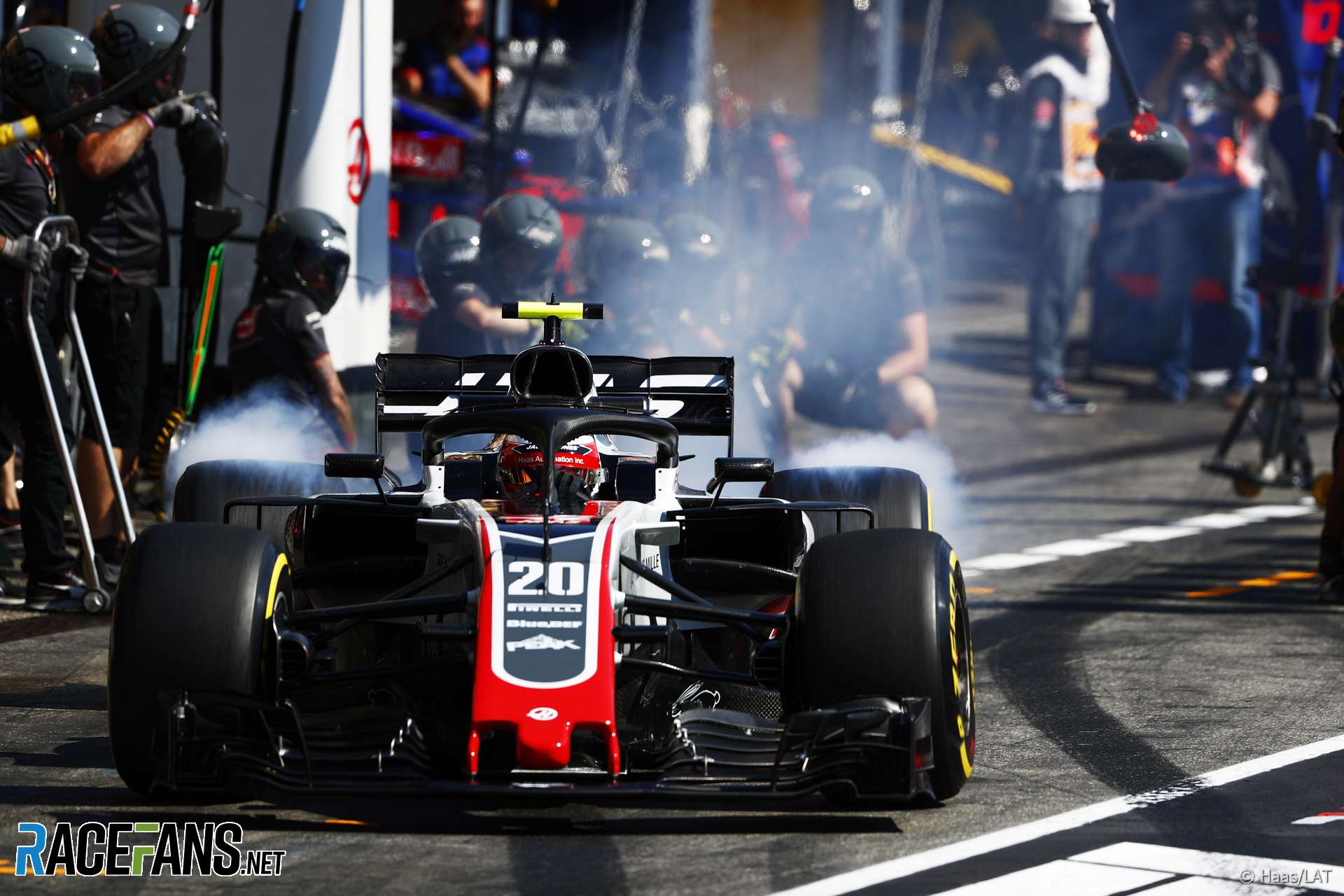 Haas will investigate where it may have gone wrong with its German Grand Prix strategy after making four pit stops during the Safety Car period.

The team put both drivers on intermediate tyres but switched back to slicks four laps later. It had to ‘stack’ its cars while doing so, which dropped both out of the points positions.

Magnussen, who spun shortly before switching to intermediates, lost time waiting behind team mate Romain Grosjean in the pits. His pit stops on laps 51 and 55 were the slowest and third-slowest of the race, costing him around 23 seconds, though the Safety Car wiped out much of this disadvantage.

Team principal Guenther Steiner said the team will examine the strategy calls they made.

“It’s always difficult to say it was right or wrong. I think it was the right decision to take him in because it was too slippery out there. The risk to go off somewhere like [Sebastian] Vettel did was very high because the [tyres] are already worn and both drivers said there was no chance to get the tyres back up to temperature to do anything good with them anyway.

“So we were in between. At the time you don’t know how long the rain [will] last. But if you put new tyres on they cool down so quick so they don’t grip any more. So it’s one of those situations where you can [only] lose because we have to cover but we don’t want to take any risks, because if you take risks you can lose everything.”

When the race restarted both drivers were outside the points but Grosjean recovered to take sixth. Magnussen finished out of the points.

“I think we did some damage limitation overall with Romain finishing sixth so it’s not too bad,” said Steiner. “I think we got away with it.

“But we need to study if we could have done the two pit stops on a different lap, not double-stopped them. We need to look into it, [whether] something would have changed. I’m not sure it would.”

The pit crew’s performance will also come under scrutiny, Steiner added. “The pit stop was not seamless, to be honest. The double-stop wasn’t perfect, by no means. There’s a few things we need to look in more detail.”