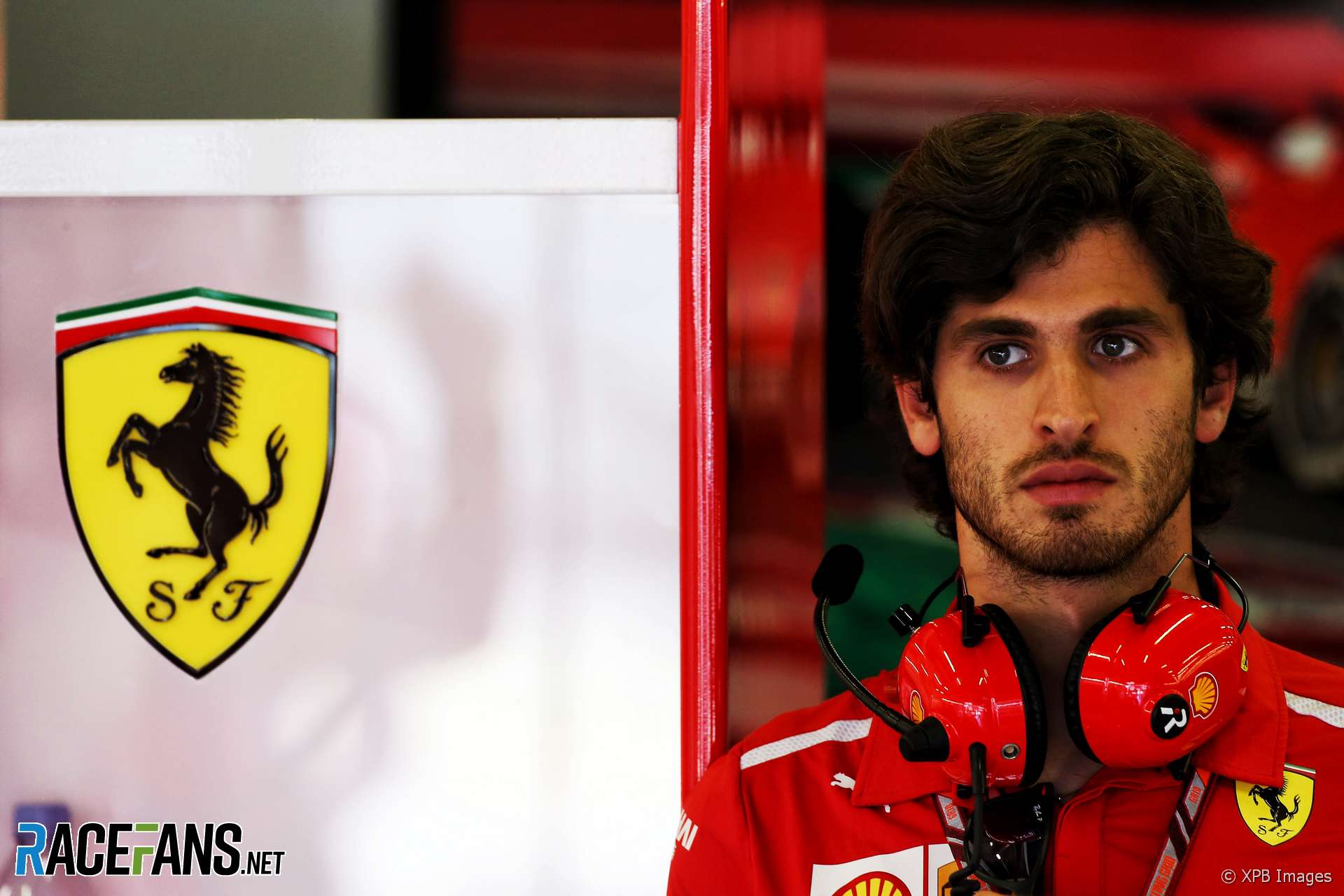 Sauber team principal Frederic Vasseur says Ferrari third driver Antonio Giovinazzi is “on the list” as a candidate to drive for the team in the 2019 F1 season.

The team could need a replacement for Charles Leclerc next year as the 20-year-old has been linked with a move to Ferrari in place of Kimi Raikkonen.

Giovinazzi did two races for Sauber at the beginning of last season as a substitute for Pascal Wehrlein. He returned to the team today by taking part in first practice at the Hockenheimring.

Vasseur indicated Giovinazzi could make further practice appearances this year as the team considers whether to hire him for next season.

“It’s a good feeling that Antonio wants to be involved,” he said. “We can be proud.

“He will be on the list for sure, we will do some FP1 together, it’s probably the best way for me to know the guy and understand each other and we did the same last year with Charles and I think it was a good first step into the co-operation.”

Giovinazzi and Leclerc are both linked to Sauber through the team’s engine supplier Ferrari. In response to a question from RaceFans, Vasseur said Ferrari will have input into the team’s choice of drive for next year.

Raikkonen has also been linked to a potential move back to Sauber, which gave him his F1 debut in 2001.

“It’s very good feeling to have this sensation that you are attractive,” said Vasseur. “For us it’s important because drivers will stay a key pillar of performance and we need to be part of the game on the drivers’ market and not to be at the back and wait the decisions of the others.

“Now that the situation is a bit more clear at the top with Mercedes booked, Red Bull I don’t know but I think it’s done… Step by step we have a good picture of the top, we are below the top and we will take a decision as soon as possible.”