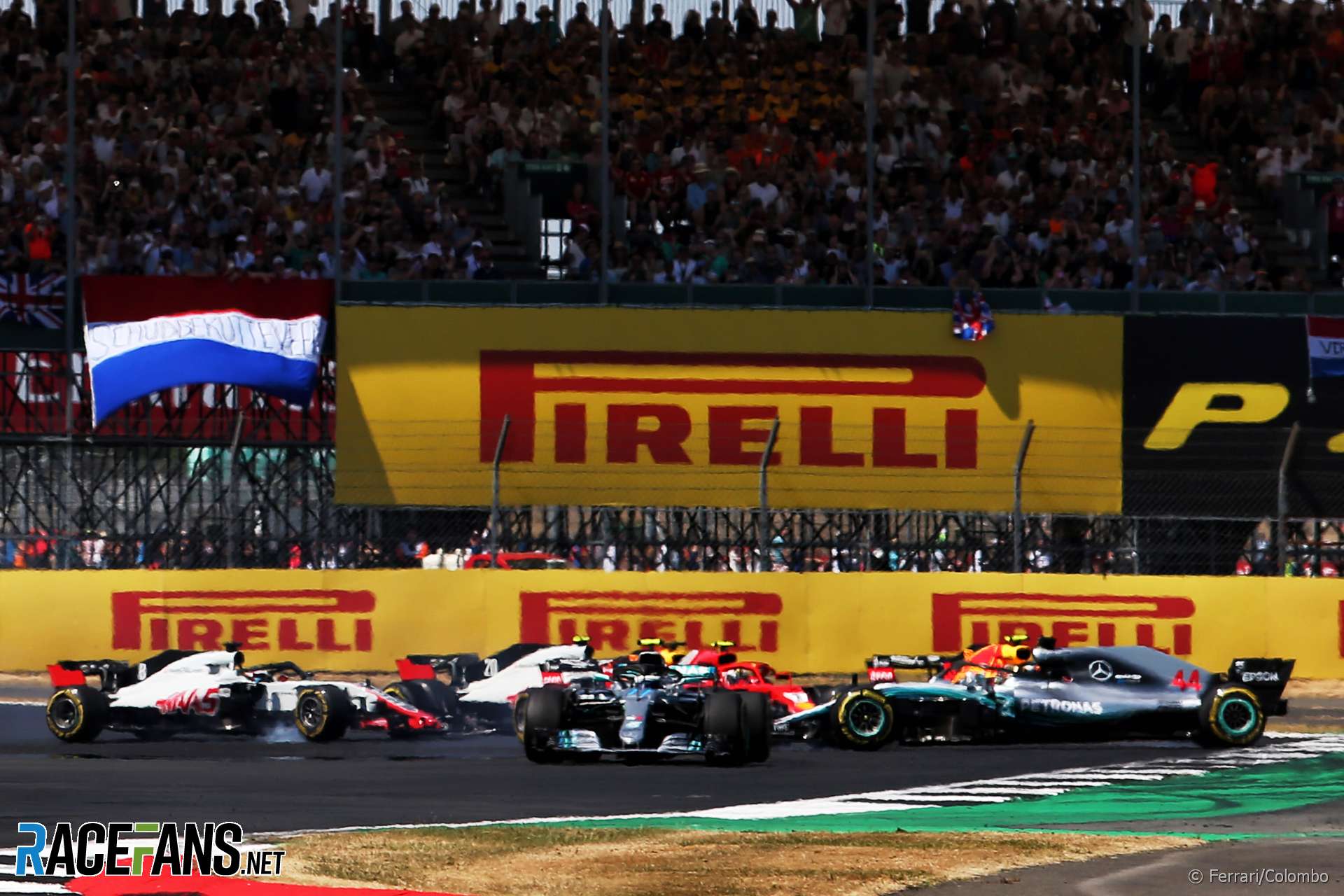 Haas Formula 1 team principal Guenther Steiner has warned his drivers there must be no repeat of their costly first-corner clash in the British Grand Prix.

Romain Grosjean and Kevin Magnussen tangled at Village corner on the first lap of the race, losing five and three places respectively. Grosjean later crashed out of the race while Magnussen took ninth.

“In Silverstone we qualified again seventh and eighth, we were in a fantastic position to score points with two cars,” Steiner told media including RaceFans at the Hockenheimring. “We ended up scoring barely with one car.”

Following the collision Steiner said the team “came to the conclusion this cannot happen again.”

“We cannot throw away points in turn one when we are not in danger of being overtaken or anything after the start. That was the outcome.”

Steiner added that trying to police how his drivers fight for position at the start of the race is problematic.

“It’s so difficult at the start to make rules of engagement. The only rule of engagement is do not do anything stupid. Do nothing which compromises the team. We need to work for the team to make as much points as possible going forward because we lost already too many.”

“We just need to have a weekend without being unlucky. We don’t need to even be lucky. We just need to perform where we should perform and we should be in the points with both cars solidly, like we were in Austria. Maybe not at that point, that was a bit over-achieving, I’m aware of that.”