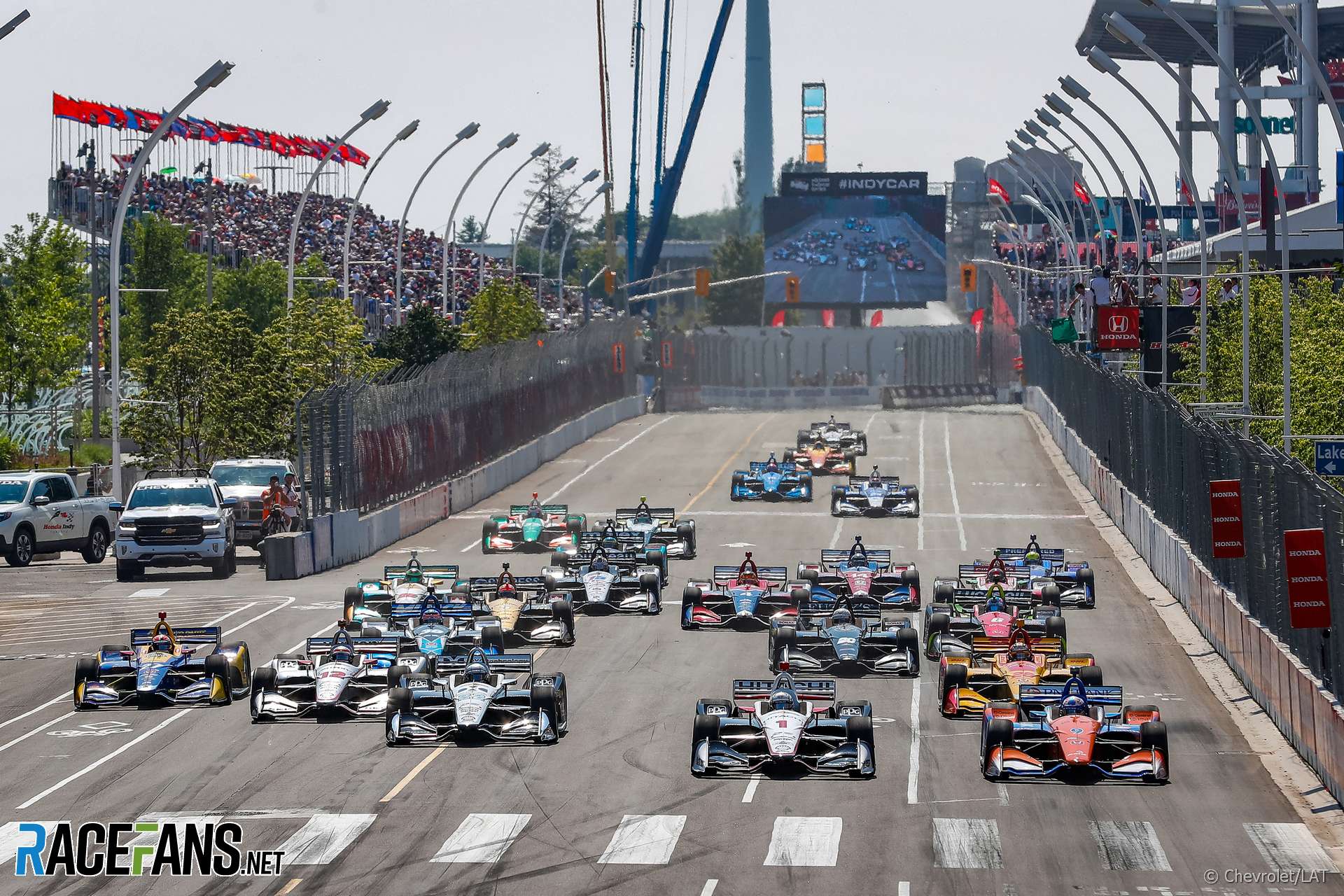 Catch up on video highlights of last weekend’s racing action in Weekend Racing Wrap including Formula E’s championship-deciding races in New York, IndyCar’s last street race of the year in Toronto and more.

Results spoilers are hidden by default. Use the buttons below to reveal race reports.

Gary Paffett put himself in the best possible position by claiming pole position for both of the championship’s races at Zandvoort.

Show DTM race report
Paffett led a Mercedes sweep of the top four positions in race one. A Safety Car period triggered by Nico Muller’s retirement left Rene Rast at the head of the field but yet to make his mandatory pit stop, which he took the final lap, falling to last place. In race two Rast made a point of getting his pit stop out of the way on lap one and this paid off – he led Paffett home for the win. The series now heads to Brands Hatch with two home drivers leading the championship – Paffett 27 points clear of Paul di Resta.

Ferrari junior Guan Yu Zhou claimed his first pole position in race one while his Red Bull counterpart Dan Ticktum headed the field for the other two races.

Show European Formula Three race report
Zhou was beaten to turn one by team mate Ralf Aron who took his first win of the year and led home a Prema one-two-three-four comprosing himself, Zhou, Mick Schumacher and Marcus Armstrong. Aron repeated the trick on Ticktum at the start of race two but the pair squeezed Schumacher off. An error by Ticktum at Tarzan let Armstrong and Zhou in to complete another all-Prema podium. A messy start to race three saw Juri Vips get away poorly from second and Ticktim penalised for a jump start. Nikia Troitskiy therefore took a surprise race three win – and only his second points score of the year – while Marcus Armstrong retained his championship lead.

The Techeetah pair were excluded from qualifying which meant points leader Jean-Eric Vergne started the first of the double-header races at the back of the grid. Sebastien Buemi claimed pole for both races in New York.

Show Formula E race report
Vergne calmly made his way through the field, passing title rival Sam Bird on his way to a fifth-place finished which sealed the title with a round to spare. Lucas di Grassi won the race for Audi while Vergne celebrated his title with a win on Sunday.

Reigning champion Martin Truex Jnr scored all bar one of his wins on one-and-a-half-mile ovals last year so it was little surprise to see his Toyota head the field in qualifying.

Championship leader Scott Dixon was unhappy with himself after an error in a rain-hit qualifying session at Toronto opened the door for Josef Newgarden to take pole position.

Show IndyCar race report
Newgarden lost his lead when he brushed the wall during a restart. That put Dixon at the sharp end, and his day got better as fellow title rivals Alexander Rossi, Ryan Hunter-Reay and Will Power hit trouble. Despite getting stuck behind a lapped Hunter-Reay in the closing stages, Dixon took his third win of the season and now holds a 62-point championship lead over Newgarden.

What racing action did you watch last weekend? Let us know in the comments.

The following series are in action next weekend: