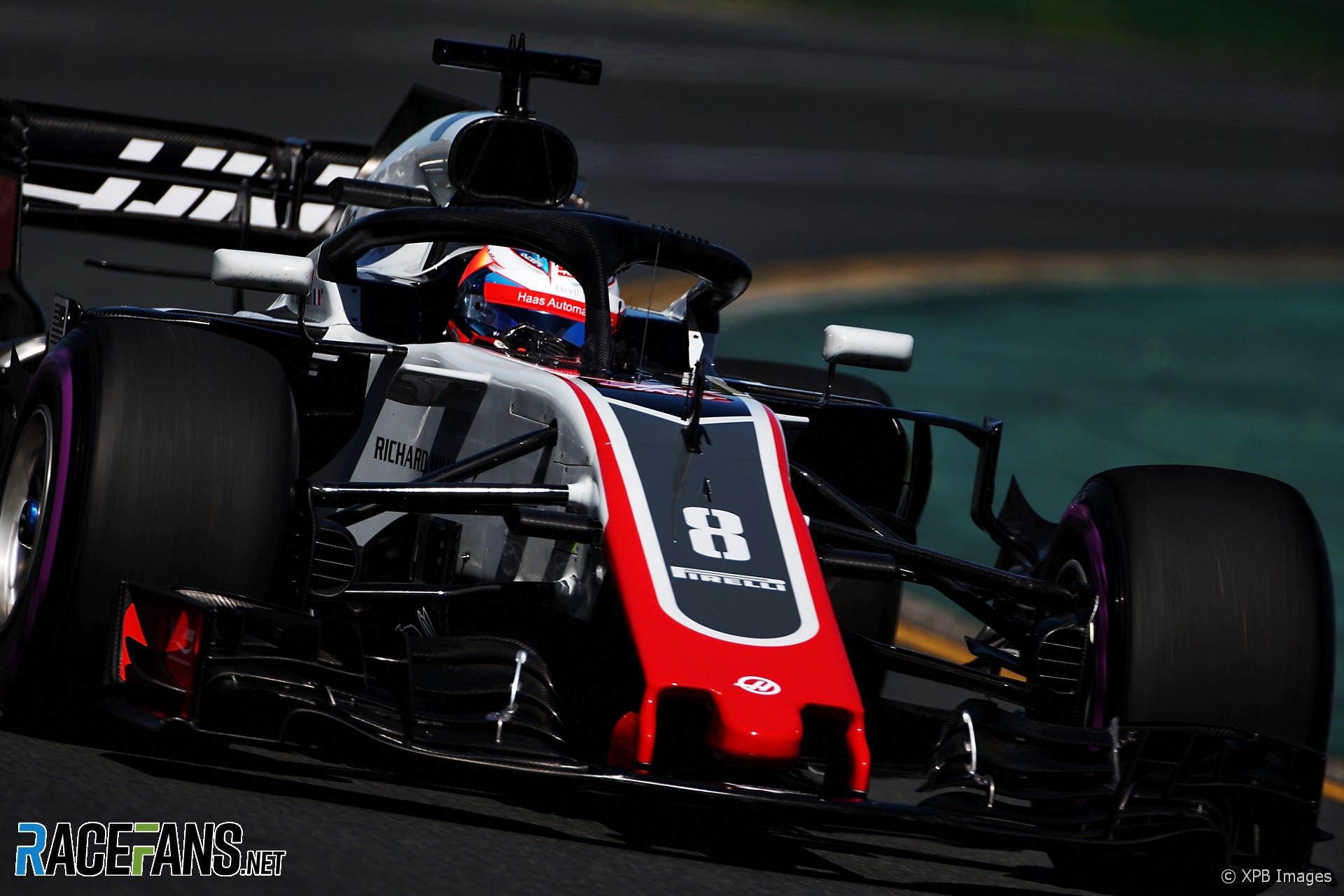 Romain Grosjean’s sixth place in the second practice session caught the eye of Haas’s rivals on Friday at Albert Park.

The Haas driver was just seven-tenths of a second off the best time of the day. No one outside of the ‘big three teams’ was within half a second of him.

“Haas is really impressive, I must say,” admitted Pierre Gasly. “They are really fast.”

Pre-season testing indicated the team had hit the ground running. “In Barcelona already we could see they had huge potential,” said Gasly. “Grosjean proved it again today. To be fair I think they’re a bit out of our reach, objectively.”

Haas takes maximum advantage of the opportunity offered under F1’s rules to use ‘non-listed parts’ designed by Ferrari, something Fernando Alonso alluded to.

“We knew Haas was the biggest surprise,” he said. “They have obviously a Ferrari replica of last year. They were winning here the Ferrari [last year].”

“I think [Haas] will be very strong in this first part of the season. Hopefully we can be close to them.”

While Haas has tended to start its campaigns strongly, notably in its debut 2016 season when it scored fifth and sixth places in the first two races, it hasn’t fared as well as its rivals on car development. Esteban Ocon is counting on that being the case again.

“They are always quick in the beginning of the season,” he said. “They were last year, very fast, then we caught up in during the season last year. So today they are quick, let’s see tomorrow, that’s when it counts. But at the moment they are very quick.”

Haas diverted its energies from its 2017 car to this year’s model very early last year. Grosjean is optimistic it has put them in a strong position for the year ahead which help them stay competitive in the midfield.

“What’s really encouraging is we’re not too far from the Ferraris which is a good benchmark for us,” he said. “But again I think it’s pretty tight behind as well. It’ll be interesting and I think the midfield fight is going to be all year long.”