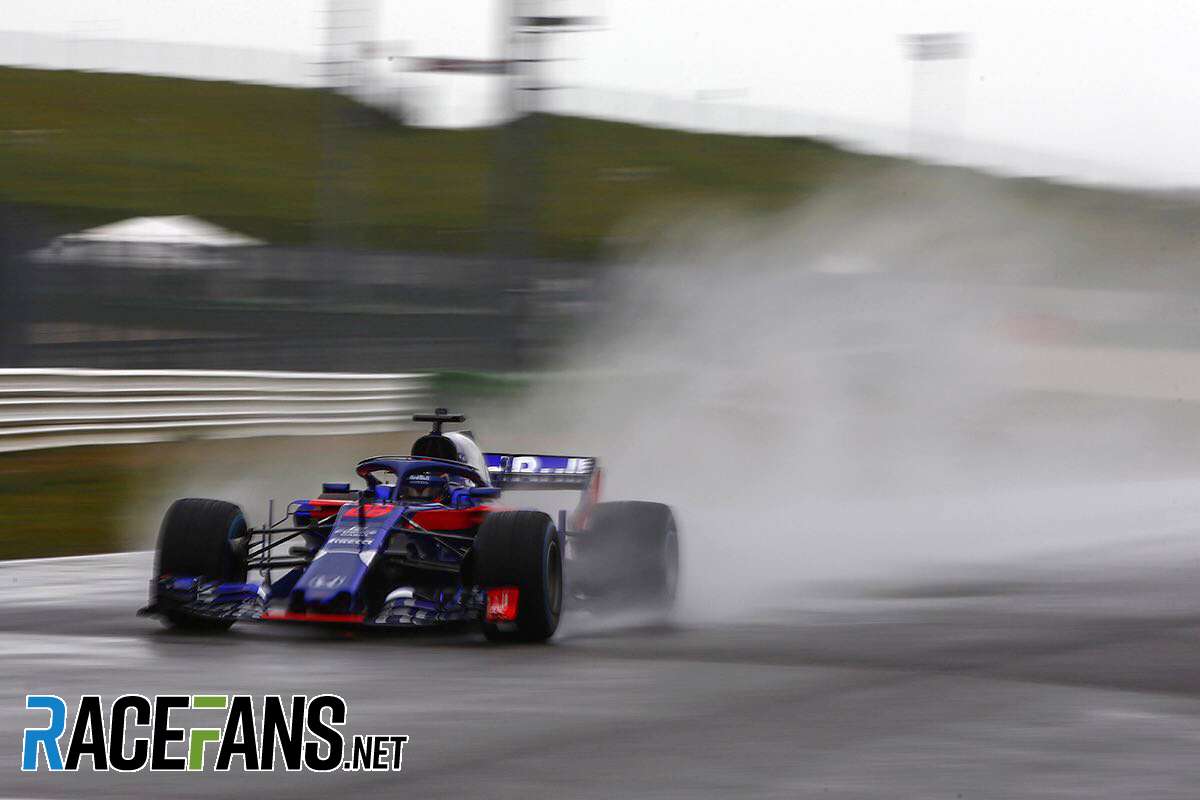 Toro Rosso has revealed its new car for the 2018 F1 season. The STR13 is the team’s first car to be powered by a Honda engine.

The team released the image of the car after a spy shot of Brendon Hartley testing it at Misano surfaced on social media.

The image reveals the team has adopted the thumb tip nose used by many of its rivals. The Halo carries and aerodynamic fairing and the main air intake for the engine and other components is considerably larger than before.

The team has kept the revised livery it introduced last year.

Toro Rosso is due to formally reveal its car for the new season at the Circuit de Catalunya ahead of the start of testing next week.

Get all the 2018 F1 race, test and launch dates on your mobile device using the RaceFans F1 Calendar