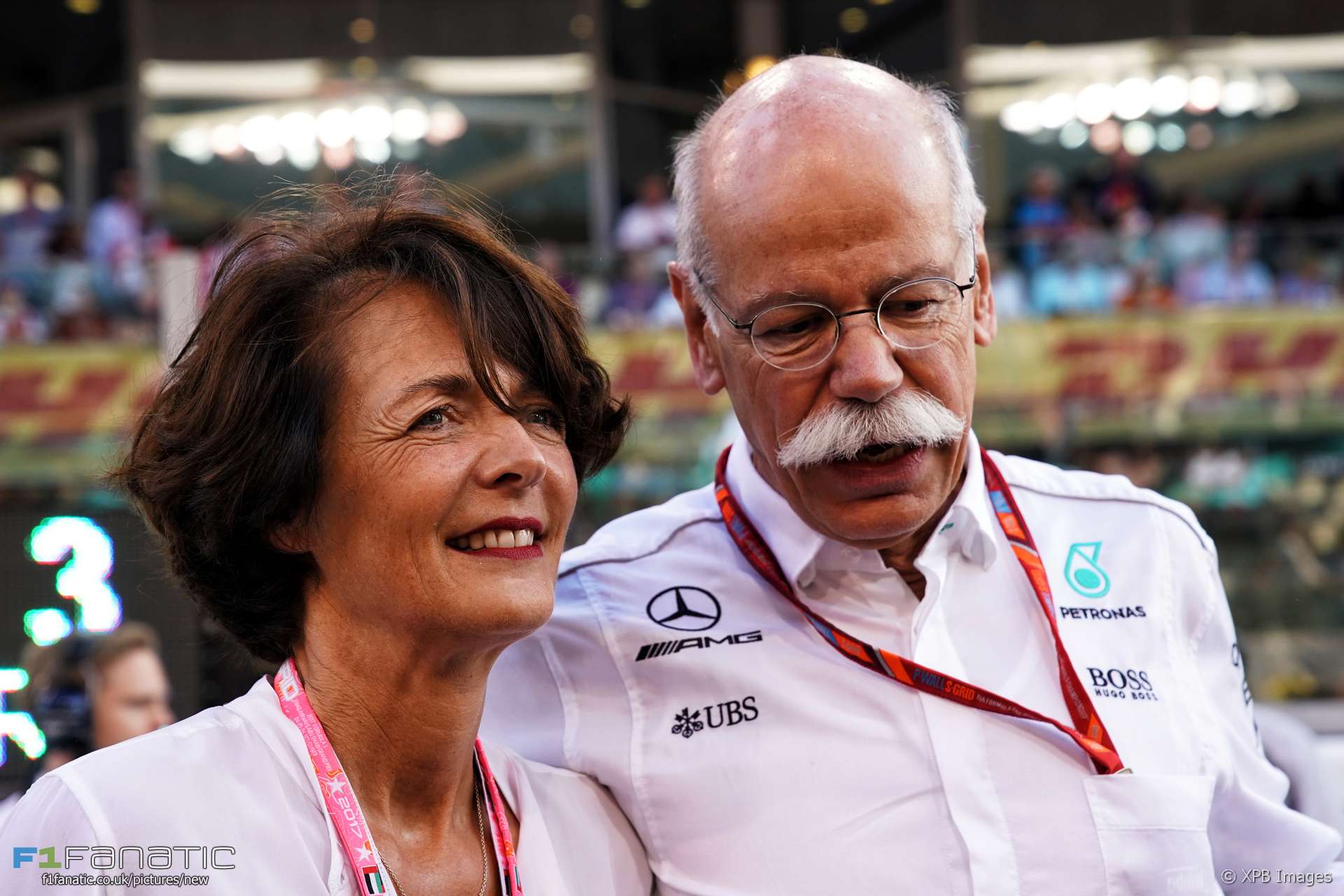 In the round-up: Dieter Zetsche, chairman of Mercedes owners Daimler, says his company and Ferrari are in agreement over plans for the future of F1.

Your daily digest of F1 news, views, features and more from hundreds of sites across the web:

"We beat each other like crazy on the track and try to get every tenth of a second of advantage but at the same time we are 100% aligned on our thoughts in Formula 1 and our strategic actions in Formula 1. We are good friends."

"We would have to take on a lot of additional staff and there would be infrastructure that we'd need to increase and that in itself is a year's work, so the reality is 2021 could become 2022."

F1 to disappear from RAI free-to-air TV in Italy, a foretaste of UK situation? (James Allen on F1)

"The example of Italy shows that it is possible for that free to air channel to be one of SKY’s own, rather than ITV, BBC or Channel 4. Many in the F1 broadcast industry believe we could see a repeat in the UK."

Renault to continue 'construction phase' of F1 plan in 2018 (Crash)

"By the end of the year we want to say the construction phase is over, it was a three-year phase from 2016 to 2018, and now the next phase will be about attacking the top teams."

"Max got the updated engine in the last few races, that was the only thing that has ever been different."

"We saw it already when we needed to design everything to fit the engine into the car, we don't need to ask others for any compromises, we can do it like we wanted. So I am more than optimistic regarding Honda."

"They all say I'm reckless because before the race I go like hell, come to the place where I'm going to start, then slam on the brakes so I leave two big black marks on the track. But when I go to my place on the grid I put my tires on the black marks and when the race starts I have rubber on rubber for better traction."

Got a tip for a link to feature in the next F1 Fanatic round-up? Send it in here:

Sometimes circuit electrics aren’t up to our standards, this can cause many issues that we don’t always encounter until we put on a heavy load, then it’s a mad panic to get everything running before it affects our running! – Ryan#AskHaasF1 https://t.co/8EpdA5LXeQ

I’m really curious about Sauber next year. The team has struggled for so long I can’t remember their last stand-out performance. With Vasseur, Leclerc and latest engine it’s like a new team. They will probably at least exchange their last place with Torro Rosso. Can’t wait for Melbourne!
@Spoutnik