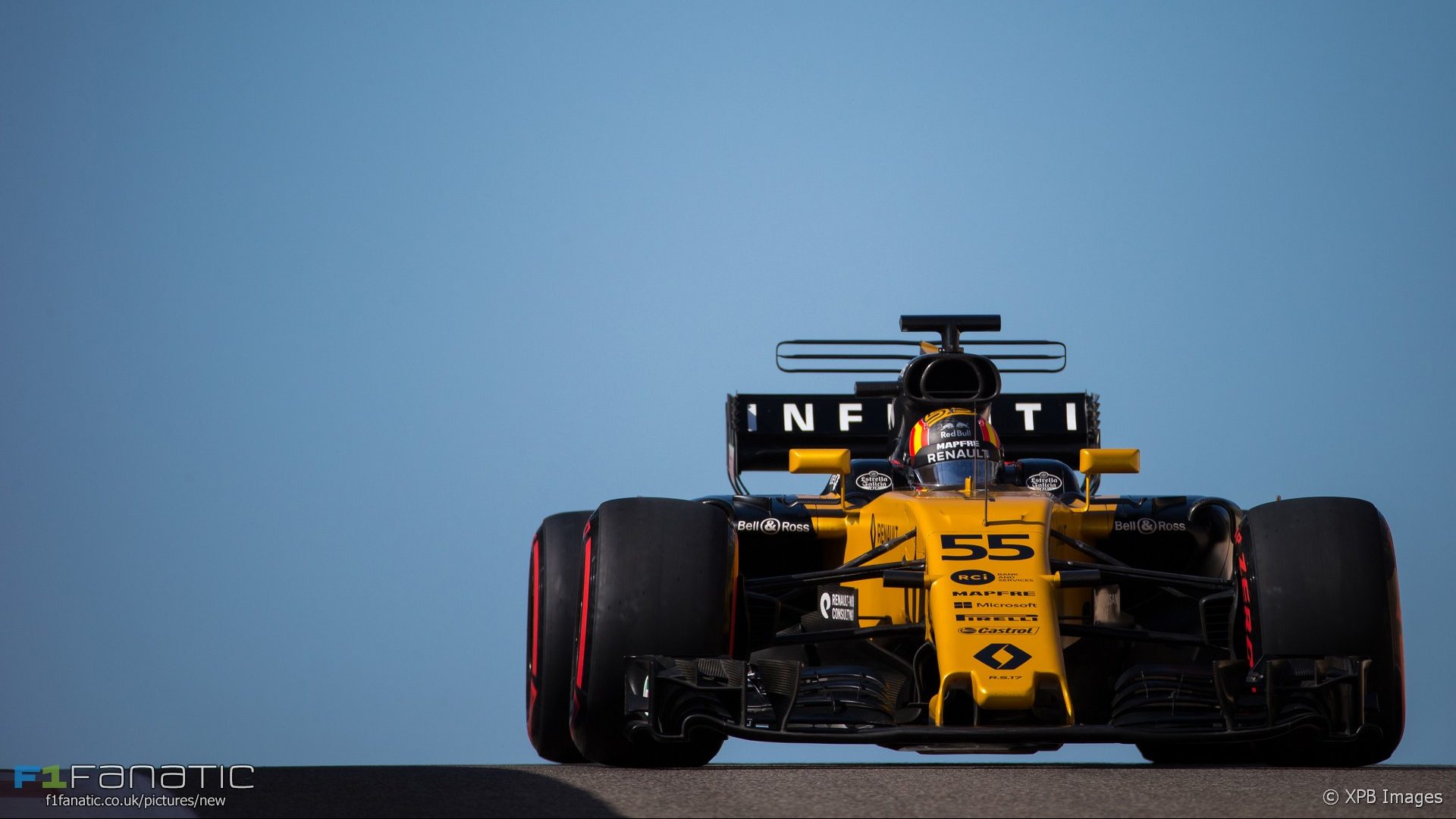 Renault’s renewed commitment to Formula One is slowly beginning to benefit the team.

Nico Hulkenberg’s arrival for 2017 was another step in the right direction and he delivered the team’s best performances during 2017 along with 43 of their 57 points. On three occasions he was the first driver home after the ‘big three’ teams, but their performances were inconsistent and hampered by unreliability.

Power unit problems unearthed in testing made for a difficult start to the season. Once these were addressed the team made a significant gain with a mid-season aerodynamic update. Hulkenberg delivered with fine drives at Silverstone and Spa.

However it was an excruciating season for team mate Jolyon Palmer, who failed to build on his positive end to 2016. Every weekend it seemed there were fresh reports he might be dropped and finally in Austin he was.

He can have little ground for complaint as he had averaged over eight tenths of a second slower than Hulkenberg in qualifying. Ironically he scored his best result of the season, sixth in Singapore, shortly before departing.

Renault sensed an opportunity to overhaul Toro Rosso and snatch sixth in the constructors and did just that by taking the team’s lead driver Carlos Sainz Jnr. Bringing him into his 2018 seat some four races earlier than planned had the added benefit of weakening a key rival.

Renault duly clinched sixth in Abu Dhabi where Hulkenberg took another ‘best of the rest’ victory. “Mission accomplished” admitted team principal Cyril Abiteboul. “We came here with one clear objective. At the start of the year we set out to finish fifth, which was very ambitious, but ambition is good – you have to set high targets. Sixth was the revised goal and I’m so proud we got it.”

Even so, without the series of power unit troubles which struck them late in the season a shot at Williams for fifth might have been on the cards. That sixth place finish will ensure the team takes home a extra &4.8 million ($6.5 million) in prize money.

Reliability was the biggest bugbear for Renault and its customers through the year. Red Bull gave them a hard time for their engine’s shortcomings despite winning three races with them. The pair are widely predicted to go separate ways after next season.

Renault conceded it made too big a change with its engine over the winter and paid the price with reliability struggles throughout the season. Having felt that its power unit had reached the limit of development at the end of last year, Renault then embarked on a concept revamp in a bid to catch up to both Mercedes and Ferrari engines. But, as Abiteboul explained, “at times we’ve been too aggressive, then too conservative. We can challenge the decision to do that much in one winter, and frankly, I think we’ve done a bit too much.”

Abiteboul however is confident that Renault will be in a better situation at the start of next year. “It’s [veen] a year of consolidation also on the engine side,” he added. “There will be much more stability next year, and we’ll be able to focus on extracting more performance from the different components that we have introduced, and hopefully in a much more reliable manner.”

Renault’s slow transformation from midfield customer outfit to manufacturer team reflects the vast differences in resources available to those at the front and rear of the team. A key measure of their performance next year will be how they perform against Renault-powered super-customer outfits Red Bull and McLaren.