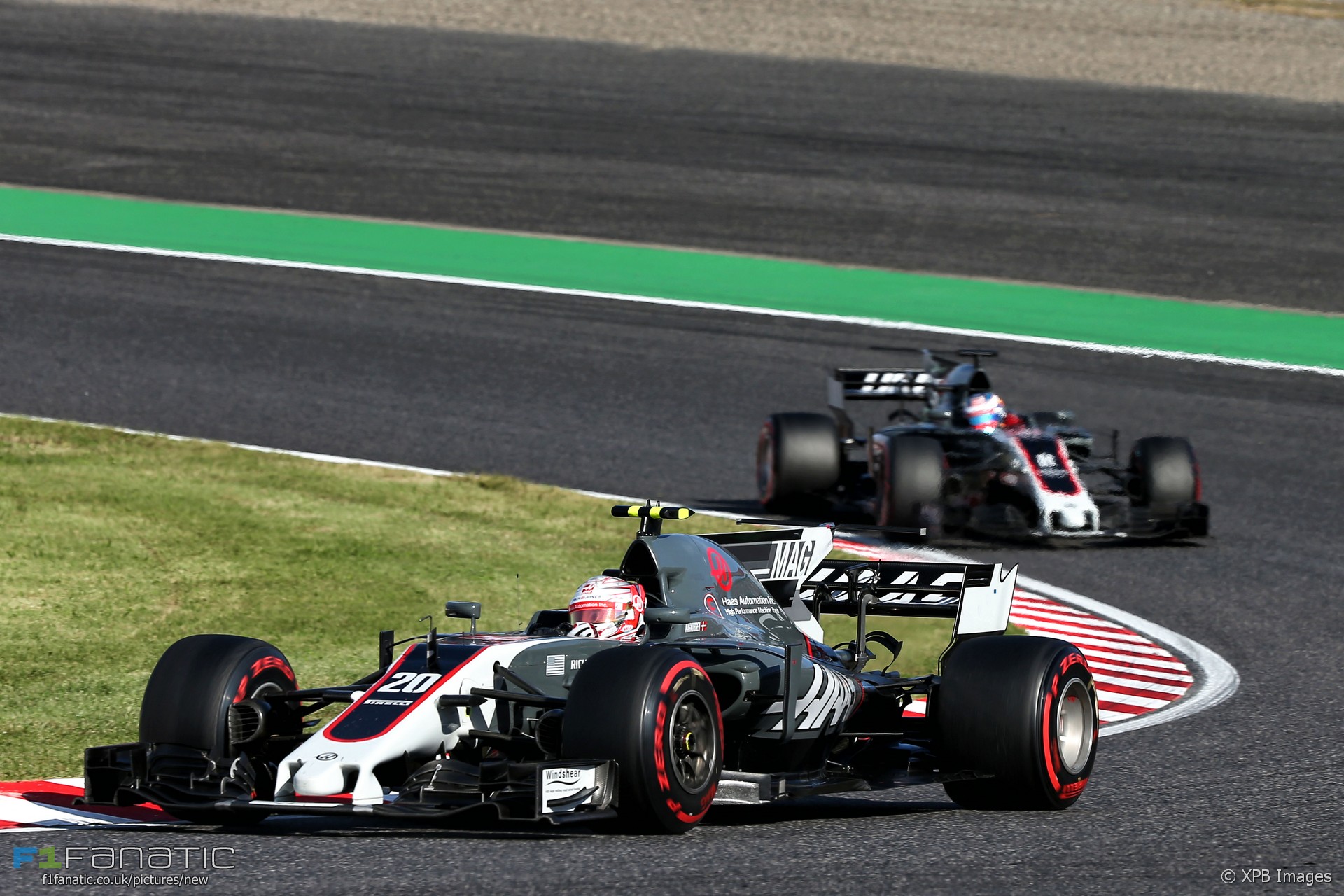 After an impressive debut campaign in 2016, when they finished eighth in the constructors’ championship, Haas might have been expected to have the expected ‘difficult second season’. This especially as the overhaul of the aerodynamic regulations for 2017 meant they couldn’t simply evolve their previous chassis.

But again the American team challenged expectations. Although 2017 was a hit-and-miss affair they made several incursions into the points – a fair result for a team whose goal at the start of the season was continuous improvement. Haas got in among the midfield on a regular basis, more so than its debut season. But it also found itself up against stronger competition. And there were some weekends when the VF-17 simply wasn’t competitive.

At times Romain Grosjean and Kevin Magnussen experienced the frustrations of coping with a car which the team couldn’t always get into a set-up window where it could make its tyres work. Consistency was clearly lacking.

This prompted regular cries of frustration from Grosjean, to the extent he got tired of answering journalists’ questions about his vexed radio messages. And his team grew equally weary of hearing them: Guenther Steiner told Grosjean to “shut up” in the closing stages of the United States Grand Prix.

Magnussen’s strongest critics were his rivals, who took issue with his occasionally over-the-line moves. Magnussen gave as good as he got from the likes of Nico Hulkenberg, however, and Steiner staunchly defended his “bad boy” driver.

Of the two it was Grosjean who got the best out of the car, claiming sixth place in Austria with only cars from the ‘big three’ teams in front of him. Magnussen peaked with seven in Baku, avoiding the mayhem which claimed several of his rivals.

However both Haas drivers cannot fail to notice the progress of their former outfit Renault. In its second year as a full works team Renault leapfrogged Haas in the constructors’ championship, and sure both drivers must now be asking themselves whether they left at the right time.

The future of independent teams like Haas rests on whether F1’s new owners can successfully reform the sport in a way which allows them to compete with their rich rivals. Gene Haas has poured a lot of money into the team and says he has seen benefit from it, but has also admitted the project has been even tougher than he expected.

Haas enjoyed the advantage of being the only customer team with current-specification Ferrari hardware in 2017. But the two teams it ended the season ahead of can expect to have considerably more competitive power units next year. Life is only going to get tougher for F1’s youngest team.