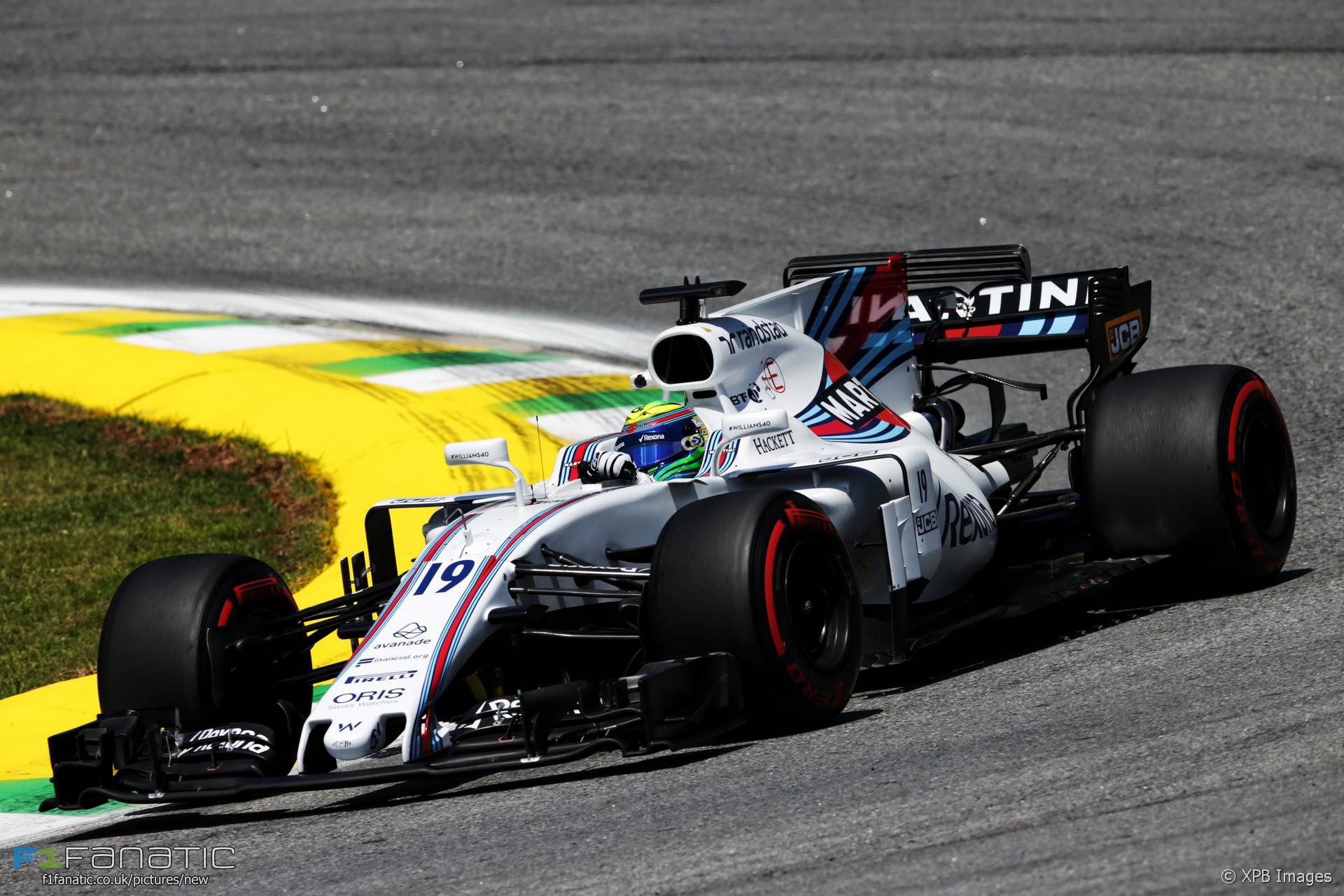 An emotional Felipe Massa said his drive to seventh place in his final race at home was like a victory.

The Williams driver kept Fernando Alonso and Sergio Perez behind him despite severe pressure from them over the final laps.

“It was a race that I will never forget,” said Massa afterwards. “It will be inside my heart.”

Massa said he made an “amazing start” and explained how his early move on Alonso was vital to his chances in the race.

“It was very important for me because I knew he would have better pace than me,” said Massa. “So I managed to keep him behind.”

Alonso pushed Massa to the flag but applauded his former team mate after they returned to the pits.

“I was so emotional when I finished the race,” said Massa. “It was a very difficult race for me.”

“The race was, for me, like many victories that I took. I drove a perfect race from the beginning to the end, managed the tyres, managed the car. The pace I had today definitely was like a victory.”

Massa crashed out of the race 12 months ago, which at the time he expected to be his final home grand prix before accepting a return to F1 with Williams this year.