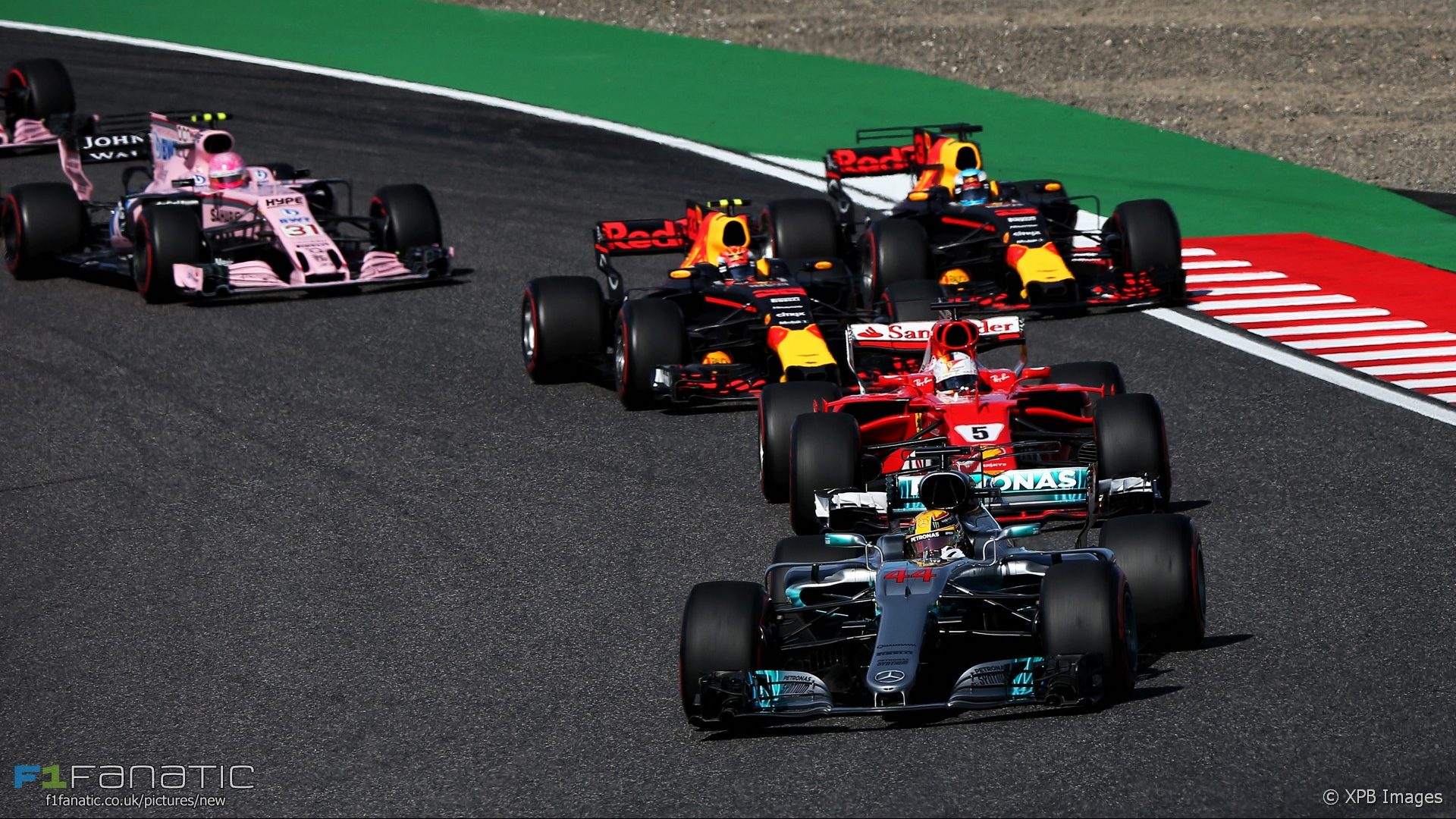 Lewis Hamilton says he was hoping for a fight with Sebastian Vettel in the Japanese Grand Prix before the Ferrari driver was forced out with a power unit problem.

“I was really keen, I was excited for us to start first and second,” said Hamilton following his victory in Sunday’s race. “I was excited to have a battle with him.”

“This is actually not a good track for racing because you need a big deficit to be able to overtake. Perhaps there would have been a battle like me and Max Verstappen had.”

“But still I had a great race. I think the team, particularly Mercedes, have really shown incredible strength in depth. It is survival of the fittest and Mercedes is showing we are the fittest.”

Vettel’s championship bid has collapsed in the last three races leaving Hamilton able to clinch a fourth world title at the next round.

“It was definitely a giant leap for us,” said Hamilton. “I think the last few races have been big steps for us with the issues, the crash they had in Singapore then the engine issue they had in the last race and then again this weekend. It’s incredibly unfortunate for Sebastian.”

Hamilton came under sustained pressure at the end of the race from Verstappen after losing time while lapping Fernando Alonso.

But the Mercedes driver said traffic was “kind of 30% or 40%” of the reason why Verstappen caught him “and then the rest was the tyres.”

“The front tyres were not waking up so I had big understeer initially. The traffic was obviously an issue, it was where I was losing the time but he was obviously incredibly quick.”

“Once I got free of traffic I was fine. But the second stint particularly the Red Bulls were incredibly fast. They were just a little bit quicker than us today as they were obviously in the last race, but a smaller delta.”

Fourth place in the remaining races will be enough to make Hamilton champion even if Vettel wins them all but Hamilton wants to win the championship in style.

“There’s still a hundred points available,” he said. “I want all hundred.”

36 comments on “Hamilton wanted battle with Vettel at Suzuka”