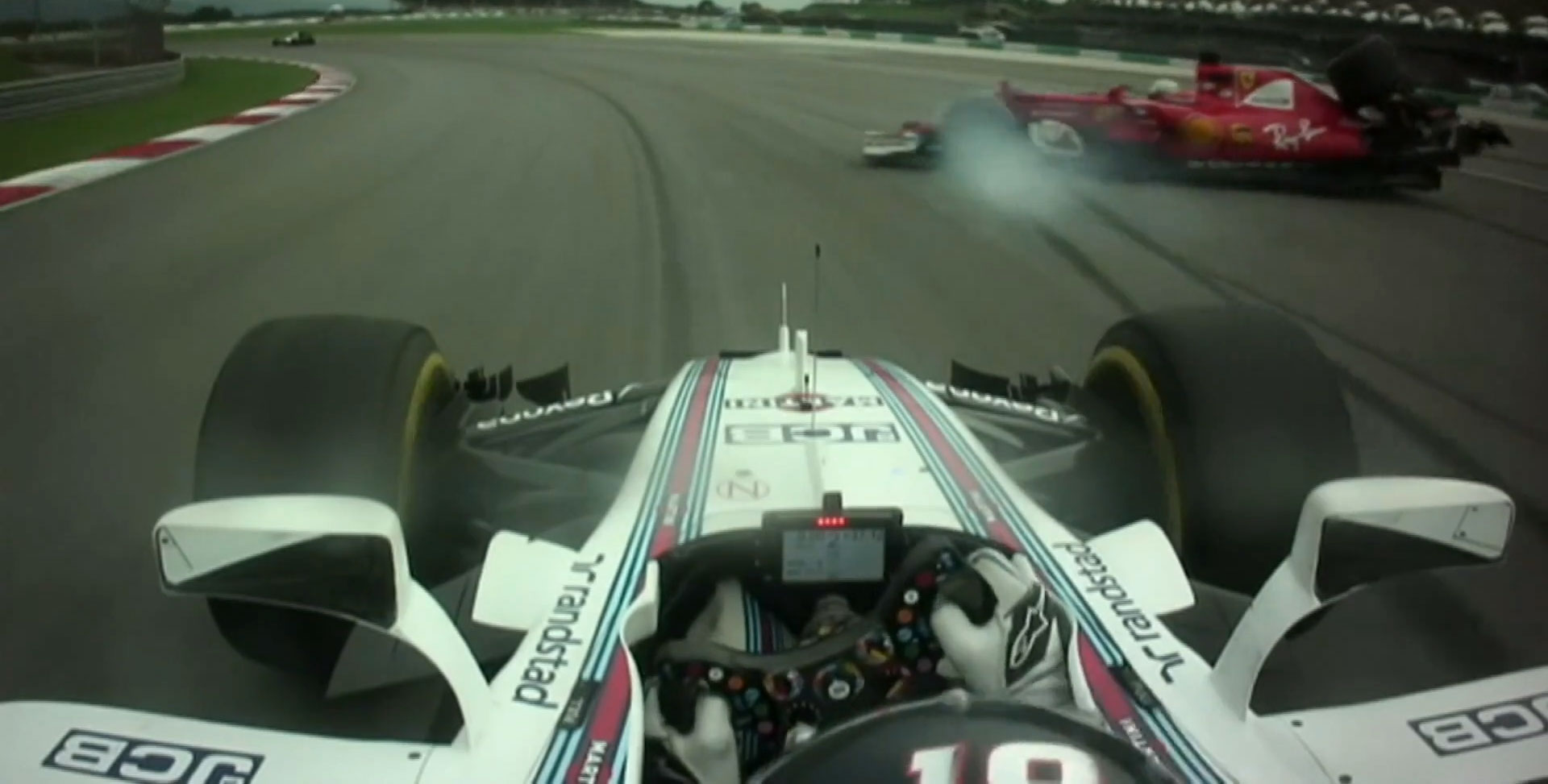 Lance Stroll’s view of his collision with Sebastian Vettel has been shown for the first time in a new onboard video from the Williams driver’s car.

The footage shows Stroll turning left around the corner and the pair making contact after Vettel appears on his right.

Immediately after the crash Vettel told his team: “Stroll is not looking where he’s going. He completely shunted into my car.” Stroll reported Vettel “just ran right into the side of me” on his radio.

The video was not available to the Malaysian Grand Prix stewards at the time of their investigation according to Formula One broadcaster Sky, who obtained the footage.

The collision left Vettel’s Ferrari with left-rear damage which prompted concerns he might require a gearbox change and receive a five-place grid penalty. However Ferrari have confirmed the gearbox can still be used.

Stroll’s view of crash with Vettel Stroll turns into turn five on the slowing-down lap. As Vettel appears alongside Stroll the Williams driver appears to be the same distance from the inside of the corner as before. The pair make contact. At this point Stroll’s steering wheel is turned slightly to the right which may have been caused by the impact with Vettel turning the rack. The impact tore Vettel’s left-rear wheel off his Ferrari.