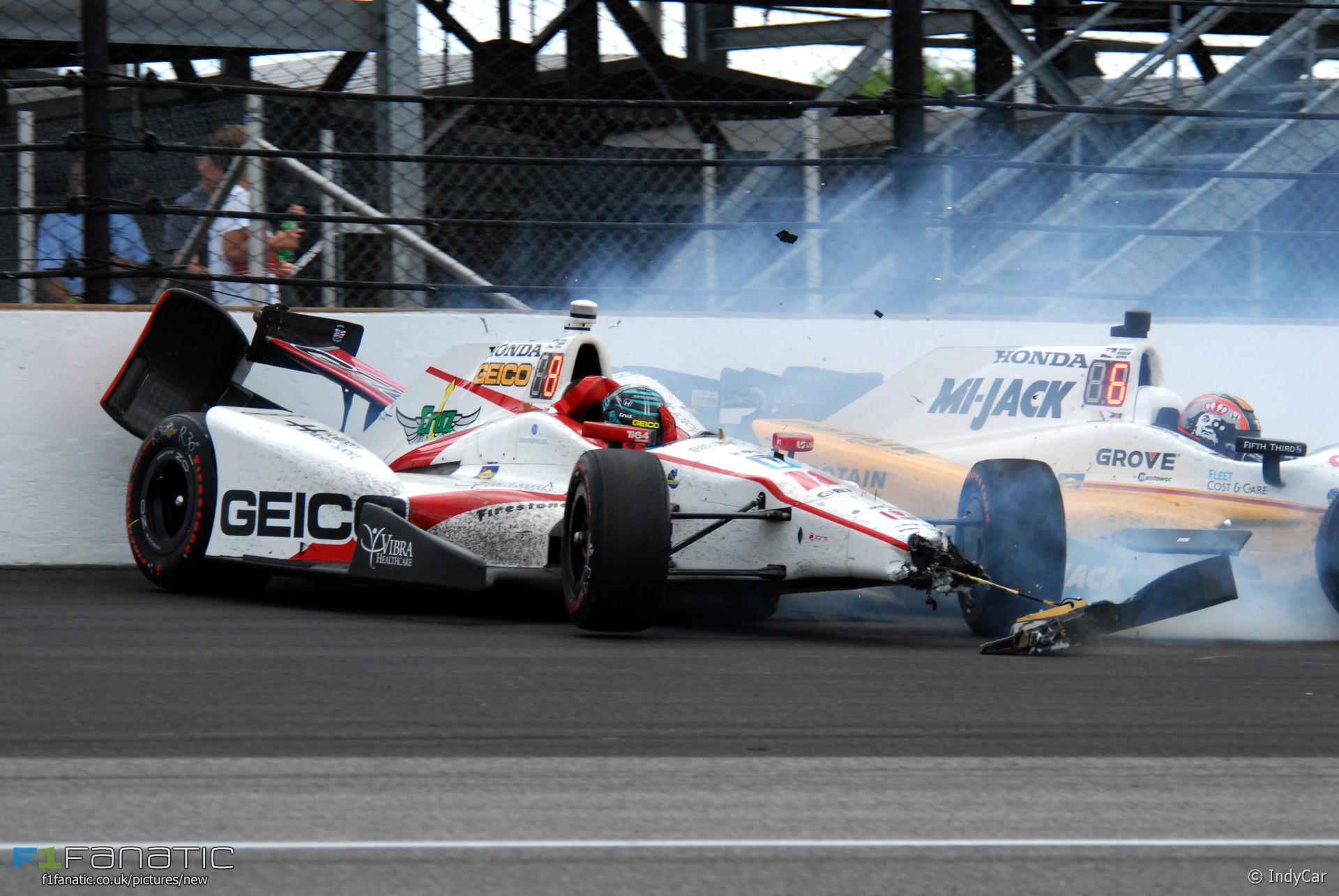 While all the eyes were on Fernando Alonso it was another F1 driver who claimed victory in a dramatic Indianapolis 500.

Takuma Sato came close to winning the race five years ago but crashed out while sparring with Dario Franchitti on the final lap. This time he got his revenge after passing three-times Indy 500 winner Helio Castroneves in the final laps.

Alonso led the early phases of the race before slipping into the middle of the pack following a late restart. He had begun to work his way back towards the front when his Honda engine expired.

Here’s a selection of pictures from the spectacular race.