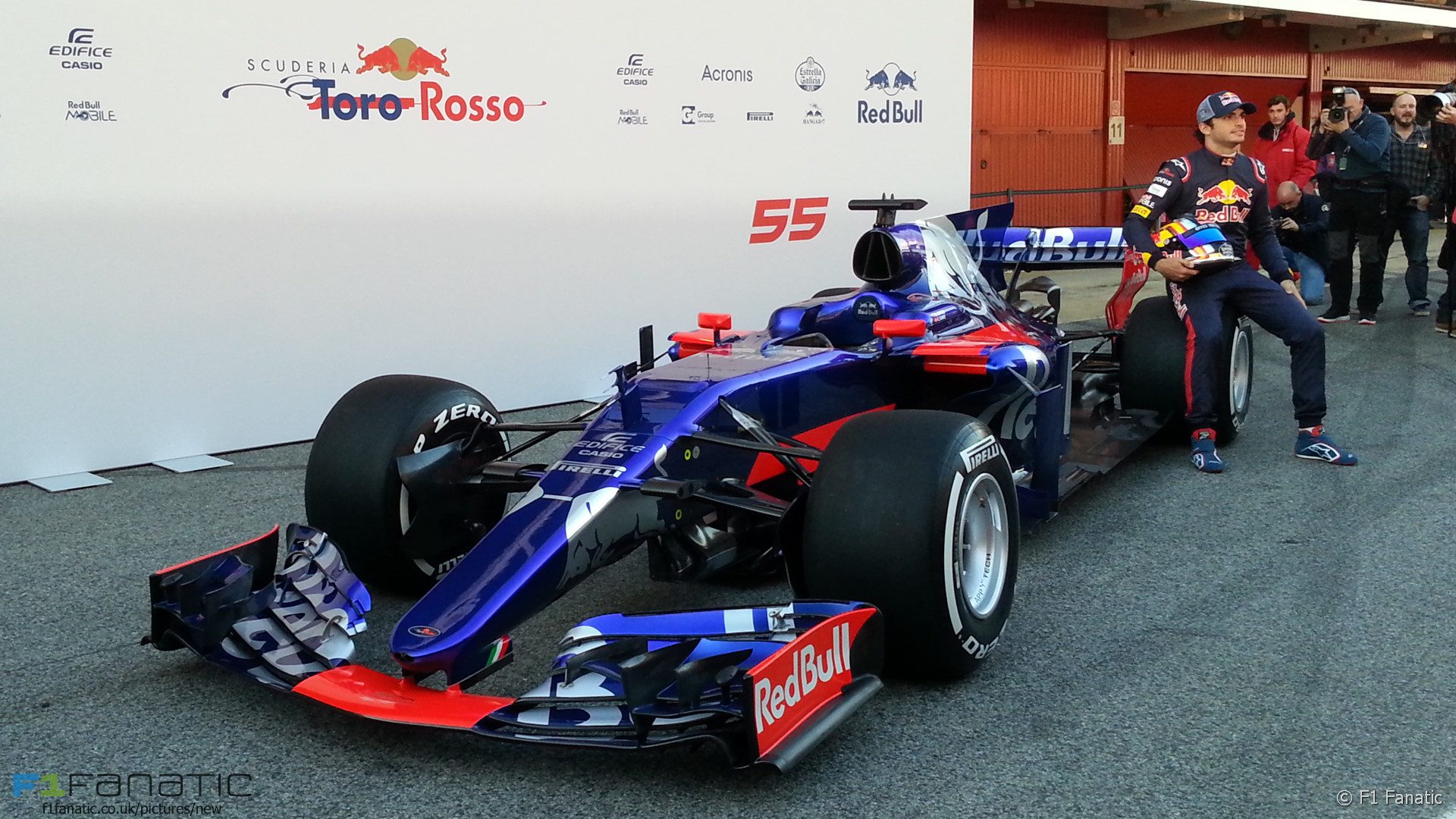 The first pictures of the new Toro Rosso STR12 for 2017 have been revealed.

Technical director James Key said the car, which has been presented in a new livery, has an aggressive development schedule ahead of it.

“With driver continuity and a power unit which made a major step forward last year and which should be developing strongly this year, it just leaves the chassis as an unknown quantity,” said Key.

“We always set ourselves ambitious targets and this year, we are taking a more long-term view over the 20 races, with a long list of planned in-season developments. I suspect it will be a very busy year with plenty of performance still to be found.”

“Our chassis is mated to what is possibly the most competitive engine we have had so far in the hybrid era, as we return to Renault power once more.”

Red Bull’s junior team heads into the new season with one of the most experienced driver pairings it as ever had.

“Daniil Kvyat will be in his fourth year as a Formula One driver and Carlos Sainz will now tackle his third season with us,” said Tost.

“They are a very talented pairing and they have worked very hard over the winter to be ready for the additional physical challenges involved in driving these new and faster cars. The crew that will look after the cars at the track is also very well prepared and generally, throughout the company we have the stability and strength in depth to tackle this season, when the pace of car development will be much faster than over the past couple of years.”

“Finally, we really like the first major livery change of our twelve years on the F1 grid and this new look is reflected in our pit garage, which has also been updated to make life easier while working around these much larger cars.”

88 comments on “Pictures: Toro Rosso present their new car for 2017”